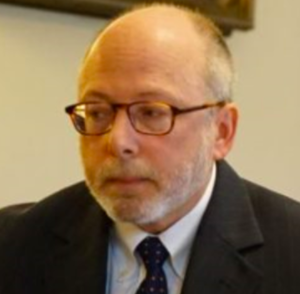 Less than two weeks after being forced to apologize for using racially charged language regarding an African-American nominee before the Executive Council, Democrat Andru Volinsky is being accused yet again of “playing into racial stereotypes” by a candidate of color.

On Tuesday, Eddie Edwards sent a letter to Gov. Chris Sununu asking that his nomination to become executive director of the Office of Professional Licensure and Certification be withdrawn. Edwards is a prominent African-American Republican who has previously served as police chief of South Hampton, N.H., and law enforcement head for the State Liquor Commission. Sununu nominated him more than three months ago, but the Democratic-controlled Executive Council has refused even to allow a hearing on his nomination.

“As of tomorrow’s Governor and Council meeting, 105 days will have passed since I was nominated,” Edwards notes in his letter. “What is appalling and indefensible is that Councilors Volinsky, Pignatelli and Cryans voted to confirm, within the last 12 months, a white nominee without experience and expertise.”

“This is textbook discrimination; delaying, redefining, denying, moving the goal post or using a different set of standards,” Edwards wrote.

Earlier this month, Volinsky and his fellow Democrats rejected Ryan Terrell, a 29-year-old systems manager, for a slot on the state Board of Education, accusing the African-American nominee of lacking the educational credentials to serve. In fact, state law explicitly states members “shall not be technical educators or professionally engaged in schoolwork,” raising questions about the Democrats’ real motive in blocking his nomination.

Suspicions that Terrell’s race was an issue appeared to be confirmed when Volinsky referred to his nomination as “tokenism,” and “demeaning” to the board.

Now, Volinsky and his fellow Democrats have blocked another African-American Republican’s nomination regarding a candidate who, on paper at least, appears to be more than qualified for the job.

“I know you are also aware that I am the most experienced person ever nominated by you or Governor Hassan for this position. However, I am the only one who has faced such bias and tactical denial by the Executive Council,” Edwards wrote to Sununu.

After listing his experience — Bachelor’s degree, FBI National Academy, Harvard University Kennedy Business School of Management of Regulatory and Enforcement Agencies, etc. — Edwards noted that Volinsky had prejudged his nomination before it was even made.

“Moments before you announced my nomination, Councilor Volinsky made a video recording from the Executive Council Chamber alleging that I had no experience or expertise. He continued by stating that he was going to ask for a hearing and oppose the nomination,” Edwards wrote.

“Councilor Volinsky knew two facts about me before falsely declaring that I had no experience or expertise and that he would oppose my nomination. He knew I was black and that I had run for Congress as a Republican.”

Rogers Johnson, president of the Seacoast NAACP, told NHJournal he wasn’t prepared to judge Volinsky’s motives, but “I really want to hear from the Executive Councilors, have them explain why they couldn’t hold a hearing, why they treated him this way. Maybe there’s a good reason, but right now coming up with one looks like a steep climb.”

Volinsky has not yet replied to a request for comment from NHJournal. However, he did tweet a quote from a supporter regarding his treatment of Terrell.

“That the governor would nominate anyone of any ethnicity who has no qualifications to serve on this all-important board is astounding. To then label as racist the council members who opposed this ill-conceived nomination is pure politicking at its worst.”

New Hampshire Democrats have been silent on Volinsky’s repeated racial missteps as he pursues his party’s nomination for governor. They point instead to Sununu’s silence on what they say are President Trump’s racist comments.

In reaction to Volinsky’s “token” comment two weeks ago, Volinsky’s primary opponent state Sen. Dan Feltes told NHJournal that the comments were “unacceptable.”  Asked about the treatment of Edwards, Feltes said, “Everyone needs to show leadership and be held accountable, and that includes Mr. Sununu.”

As for Edwards, he says the treatment of Terrell influenced his decision to send such a strongly-worded letter. “Initially in situations like this, you think ‘It’s just about me, they have a problem with me.’ But then you see it happen to an impressive young man like Ryan Terrell and suddenly it’s a pattern of behavior,” Edwards said.

Asked about Edwards’ situation and his own, Terrell told NHJournal “Because I’m not aware of the specific job requirements for Mr. Edwards’ position, I’m not going to judge whether he’s qualified or not. However, using ‘straw men’ qualifications arguments to oppose someone is often a tactic used by people who are really opposing you for reasons they aren’t willing to give voice to.”

Edwards expressed disappointment, but not surprise, that Granite State Democrats — even those actively involved in the fight for racial justice — have been silent about Volinsky’s behavior. “When the politics are right, they’re very vocal. But when a white liberal attacks a black person, it’s silence.”