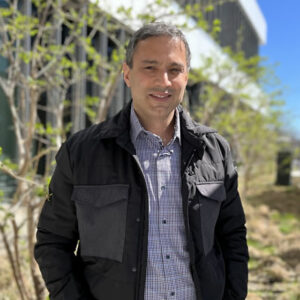 Is the Vikram campaign about to vamoose?

Vikram Mansharamani, running as “a businessman, not a politician,” has canceled his $245,000 ad buy on Boston and Manchester TV slated to begin on August 30.

And it appears Mansharamani won’t be participating in the Newsmax debate on Wednesday, August 24, either. The news is inspiring questions about Vikram’s commitment to the campaign inside GOP circles.

“It looks like Vikram is pulling up stakes,” one GOP media buyer told NHJournal. “The $250,000 media buy he placed looks like it was the same $250,000 he loaned to his campaign. Given that the most recent poll shows him at 2 percent in the primary, he’s probably making a wise decision not to spend that money. It’s unfortunate that he is pulling out of debates, however. Vikram is a good candidate on the stump.” 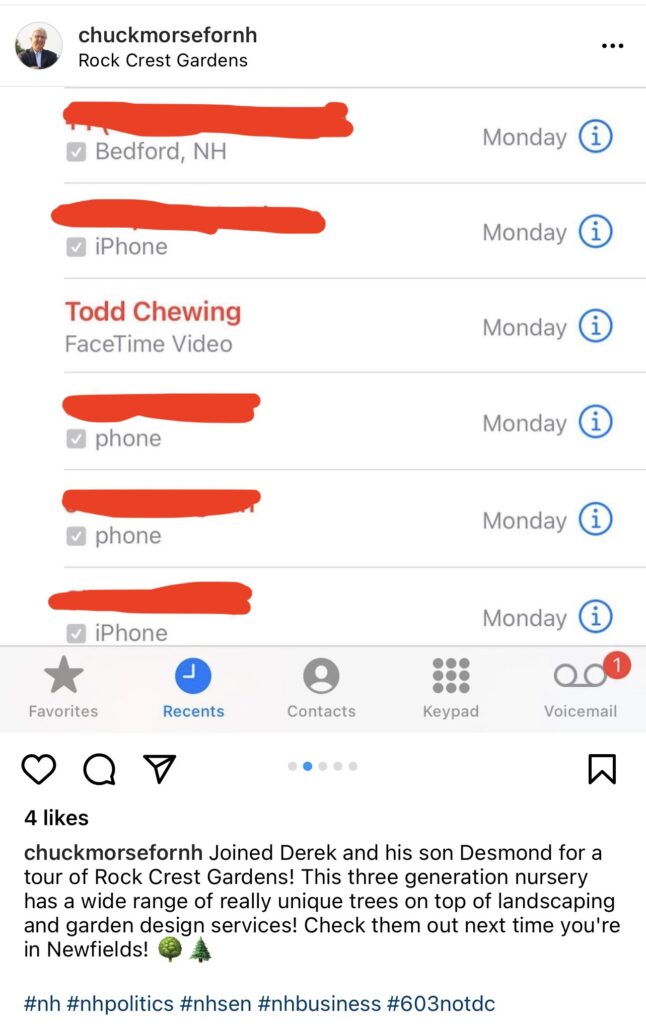 And a Wednesday campaign snafu raised the prospect of Mansharamini staffers eyeing the exits.

Following a visit to Rock Crest Gardens in Newfields, a staffer accidentally posted a phone screenshot on the ChuckMorseforNH Instagram account, along with the campaign photos from the stop. One of the calls listed came from Vikram’s campaign spokesperson “Todd Chewing” [sic]. (His name is Todd Cheewing.)

It’s all just a misunderstanding says the Vikram4NH campaign.

The campaign isn’t dumping TV, they’re updating the message with a new ad highlighting Vikram’s allegedly losing his position at Harvard due to “cancel culture.” [See the ad here.]

“We are front-loading our buy and shifting resources up. We are going up with a buy next week with a new ad where Vikram takes on the Woke Left,” said senior campaign advisor Rob Varsalone.

He was not specific on whether the new buy would be as large as the canceled $250,000 schedule.

And, Varsalone said, Vikram is certainly not dodging the Newsmax debate. Instead, they’re being barred from the event for failing to meet the network’s polling threshold of four percent.

In the most recent St. Anselm College Survey Center poll, retired Gen. Don Bolduc leads with 32 percent, followed by Chuck Morse with 16 percent. Kevin Smith and Bruce Fenton are at four percent, and Vikram trails the field at two percent.

“It’s unfortunate that there hasn’t been more polling in this race, but the four percent standard is one we’ve held strongly to in all of our debates from day one,” said Gary Kanofsky, head of production at Newsmax. “We want to work with candidates any way we can.”

Varsolone says the campaign is in talks with the network, “trying to work this out.”

“Obviously, basing this on one poll that was taken just as people started paying attention is ridiculous. And the Saint Anselm poll is obviously flawed. Their numbers on the First Congressional District race are completely different than two other polls that have now come out, including one done by New Hampshire Journal,” Varsalone said.

And as for the phone screen grab, both Cheewing and Morse campaign staffers confirmed the call was regarding an upcoming GOP event, not a back-channel chat.

“We all know each other and have worked together in the past,” one staffer told NHJournal. “We talk all the time.”