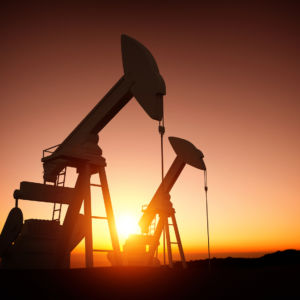 We in New England are being held hostage by the state of New York and its political leadership because the state is strategically placed to act as a choke point for energy infrastructure projects not being built to serve our region of the country.

The northeastern United States already pays the highest energy prices on average compared to anywhere else in the country. In fact, the inability to expand any natural gas production from the mid-Atlantic states into New England could cost households and businesses as much as $5 billion in higher energy expenses with a loss of more than 150,000 private sector jobs between now and 2020. The numbers are striking, especially in a lagging economic recovery for the middle class. But a more important fact is missed with New York’s decision, a fact that we have all too much experience in dealing with — national security.

For every pipeline not constructed, every well not drilled, and every refining plant not built represents more time and money spent importing energy from some of the most dangerous regimes on the planet. At the same time, our troops sit abroad, not only fighting the global war on terror, which recently entered its 16th year, but protecting the energy reserves and infrastructure of those same regimes from which we import our energy.

There is also the risk that an attack on energy infrastructure from an extremist group, of which there are many in the Middle East, could potentially cause a series of price shocks in the global energy market. A sharp fluctuation in the market would not only increase tensions in a near two decade-long geopolitical conflict, but it could cause great harm to the American economy, affecting millions of American small businesses and citizens alike.

It doesn’t have to be this way. With the stroke of a pen and some political will we can enact policies that will not only bring our troops home, but rid ourselves of the risks associated with a volatile global energy market and produce enough to satiate our nation’s energy needs.

Regrettably, the political careers of those who pretend to lead become the primary motivating influence for holding elected office. Okay, fine we understand that. Our region of the country plays a pivotal role in determining who will be the next occupant in the Oval Office.  We will remember those who are responsible for not only our ridiculously high energy prices but also those who find it acceptable to have thousands of our men and women in the military unnecessarily stationed overseas.  There are choke points in politics too and we understand where to apply the pressure.