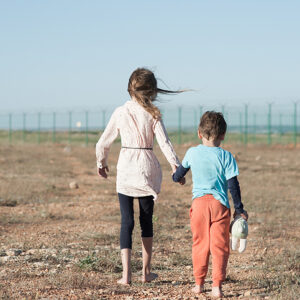 A new report from a United Nations organization found that, with deaths of would-be illegal immigrants soaring during the Biden presidency, the U.S.-Mexico border is now the “deadliest land crossing in the world.”

This is yet another reminder the border security issue isn’t going away, even as other high-profile issues like inflation and abortion grab the headlines. Democrats like Sen. Maggie Hassan, who plays a direct role in overseeing border policy, will continue to face tough questions from voters.

According to the report, from the International Organization for Migration’s (IOM) Missing Migrants Project (MMP), more than 1,200 people died while migrating in the Americas in 2021. That’s a significant increase from the 854 deaths reported in 2019 and 798 deaths in 2020.

Of those deaths last year, at least 728 occurred at the U.S.-Mexico border.

“The number of deaths on the United States-Mexico border last year is significantly higher than in any year prior, even before COVID-19,” said report author Edwin Viales. “Yet, this number remains an undercount due to the diverse challenges for data collection.”

This new report comes as the number of would-be illegal crossings at America’s southern border continues to hit record highs —  239,416 alien encounters last month alone. And documents recently released as part of a lawsuit show the Biden administration has released more than 1 million illegal immigrants into the U.S. population. As Andrew Arthur, Resident Fellow in Law and Policy for the Center for Immigration Studies noted, that’s “a population larger than the number of residents in the president’s home state of Delaware,” and they’re “being released at a rate of 2,115 per day.”

The death toll for 2022, according to the IOM, is already 493, due in part to the recent horrific deaths of 46 migrants locked in the back of a tractor trailer.

Asked about the Biden administration’s performance at the U.S.- Mexico border, Department of Homeland Security Alejandro Mayorkas said Sunday, “I think that we are doing a good job.”

Mayorkas answers to Sen. Hassan and her fellow members on the Senate Homeland Security committee. Her critics in the 2022 U.S. Senate race claim Hassan’s largely been a rubber stamp to Democrats and progressives activists on the border issue. However, as the competitive midterm approaches, Hassan has adjusted her stance on the border, embracing the border wall she repeatedly voted against in the past, and now supporting the Trump-era “Title 42” policy to turn would-be migrants away at the border.

“The Supreme Court found the DHS has the discretion to send migrants who have entered illegally by land back across the border to await their immigration hearings,” Arthur told NHJournal. “However, the statute does not mandate that DHS do so.”

According to Arthur, a DHS assessment in 2019 determined the policy is “an indispensable tool in addressing the ongoing crisis at the southern border and restoring integrity to the immigration system.

“The administration’s continued efforts to end [Remain in Mexico] simply underscore the fact that—unlike every one of his predecessors—Biden does not have any interest in deterring illegal entry. Instead, the administration believes its responsibility is to ensure that every alien who enters the United States—legally or otherwise—is provided a ‘safe, orderly, and legal pathway’ to seek asylum,” Arthur said.

Hassan’s potential Republican opponents are quick to point out her lack of action, despite sitting on the Homeland Security Committee with direct oversight of DHS and immigration policy.

“Only 0.2% of all illegal immigrants were put in the Remain in Mexico program since October,” tweeted Smith. “Why has
Maggie Hassan refused to hold Mayorkas accountable?”

During a border security roundtable last month, Morse talked about his trip to the southern border.

I can tell you that the footage shown on the 5 o’clock news does not do justice to the massive challenge we are facing,” Morse said. “What we saw and been briefed on is beyond one’s imagination. This is a lawless humanitarian crisis that is unparalleled in our nation’s history.”