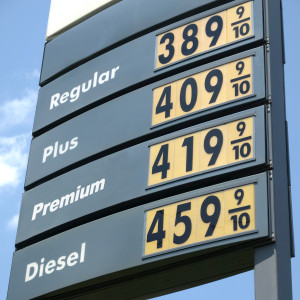 For years, U.S. Sen. Maggie Hassan has been happy to toe the Democratic Party’s line on energy policy: Higher taxes on oil companies, more money for green energy projects, and restrictions on pipelines and production.

Since President Joe Biden took office, gas prices have soared more than 40 percent to their highest levels since 2014. And some Granite Staters are seeing spikes in the cost of their heating oil and propane of more than 50 percent. Still, Hassan stuck with Biden and his push to restrict fossil fuels.

Then Putin invaded Ukraine and now Hassan — along with fellow Democrats Reps. Annie Kuster and Chris Pappas — is sounding more like Sarah Palin than AOC. They are backing tax cuts for fossil fuels and increased oil production.

The question is, will New Hampshire voters buy it?

Biden began his presidency by suspending leases for natural gas and oil production on public land and terminating construction plans for the Keystone XL Pipeline.

Biden has reversed more than 100 energy policies enacted under the Trump administration—many of which were aimed towards achieving energy independence. For example, Biden has reinstated a higher “social cost” of carbon—from $7 worth of estimated environmental damage per ton of carbon dioxide emitted, to $51 per ton. In response, 10 Republican states have sued the administration, alleging the estimates were artificially inflated. As a result, the federal government has currently halted all work on oil and gas leases.

The Build Back Better plan both Pappas and Kuster voted for includes tax increases on oil companies and natural gas production.

Now, with Russia’s invasion of Ukraine threatening to send costs even higher, Hassan is leading the charge for a federal “tax holiday” on gasoline, literally a fossil-fuel tax cut. Critics note it ends just weeks after the 2022 election.

And Hassan told CNN, “we need to push harder to increase the amount of oil, see if there’s more we could do to add to the supply side.” That’s a far cry from restricting drilling and limiting pipeline access into New England.

She is not alone, either. Pappas told radio host Jack Heath Wednesday he wants to see “production of things like domestic oil and gas get back to where it needs to be to meet demand.”

“I supported the push to suspend the gas tax for this year,” Pappas added, “and bolster domestic [oil] supply.”

That is a remarkable turnaround for a liberal Democrat whose campaign website currently reads: “Chris knows that climate change is an existential threat to the future of our planet and that we must take bold action to prevent its economic and environmental impacts here and around the globe.” Pappas also joined the call for a select House committee on a “Green New Deal” and voted to increase costs on oil and gas production.

So far, the mainstream media in New Hampshire have ignored this reversal on energy policy. But Republicans have not. They are making gas prices and heating costs a key part of their campaign against these incumbents.

“With the world on edge and a new global proxy fight involving energy we have Maggie Hassan throwing out gimmicks and Joe Biden shutting down more American energy production,” GOP U.S. Senate candidate Chuck Morse said this week. “These folks have no understanding of supply and demand. The DC way of stifling our own production while pumping billions into Russia and OPEC nations needs to end – we must get back on the path to energy independence and when I’m in the United States Senate we’ll do just that.”

And, as the National Republican Senatorial Committee pointed out, Hassan also signed onto an infrastructure framework that included indexing the gas tax to inflation, which would mean automatic gas tax hikes — particularly in a high-inflation environment like this one.

“Hassan may think that her last-minute feigned concern over the gas tax is enough to fleece New Hampshire voters in an election year, but she is mistaken,” said NRSC spokesperson T.W. Arrighi. “We have the receipts.”

Polls show 69 percent of Americans disapprove of how Biden’s handling the inflation problem. It is hard to believe those same voters are going to look at the records of Democrats like Hassan and Pappas and give them a pass.