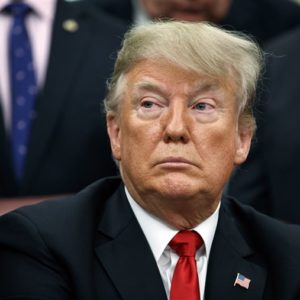 Trump’s Numbers In First-In-The-Nation Primary State Are Among His Worst. Why?

In 2016, Donald Trump came within a whisker of winning New Hampshire, a state Republicans have carried just once since George H.W. Bush’s 1988 POTUS win.

Today, New Hampshire is one of Trump’s worst-performing states, with a polling performance even below deep-blue Massachusetts and Vermont, a new FiveThirtyEight analysis shows.

Political junkies are familiar with the data showing Sen. Elizabeth Warren’s re-election last year was a lousy performance for a would-be POTUS candidate, despite the fact that she won 60-36 percent.  When is a 24-point win bad news?

When the partisan lean in the 2018 Massachusetts election is D +36 (and she was running against a weak, under-funded Republican).

Now the numbers crunchers at FiveThirtyEight have applied a similar test to Trump’s approval ratings in the 50 states, comparing them to the local partisan lean.  By that metric, President Trump’s best performance is in the Democratic enclave of Rhode Island. In a state where the partisan lean toward Democrats is a whopping +26, the fact that Trump’s only underwater by -22 is actually good news.

But Trump’s never going to carry Rhode Island or Massachusetts (where Trump beats the GOP lean by +1), so it’s a moot point.  New Hampshire, on the other hand, is supposed to be competitive. NHGOP chair Steve Stepanek certainly seems to think so, assuring anyone within earshot that Trump is going to carry the Granite State next year.

According to FiveThirtyEight, New Hampshire is the fifth worst performing state for President Trump in the country. With a partisan rating of R +2, Trump is underwater here by -19, a net performance of -22.  It’s not bad–it’s terrible.

Is this a sign that New Hampshire is simply shifting left, that the number of voters willing to consider voting Republican is shrinking?  After all, Trump’s national approval rating is around 45 percent, close to his share of the national popular vote in 2016. If that trend held true in New Hampshire, he’d be underwater by a couple of points, not by two dozen.

New Hampshire GOP consultants say the numbers are skewed by the fact that the Granite State is a battleground for the Democratic primary.

“It’s pretty simple,” GOP strategist Dave Carney tells NHJournal. “New Hampshire’s been flooded with the two dozen dwarfs and Sleepy Biden trashing the president every day. Meanwhile, the Trump campaign hasn’t begun in earnest, and I doubt they will until after the primary is over.”

Veteran GOP consultant Mike Dennehy isn’t quite as sanguine. “To state the obvious, President Trump has work to do with the voters of New Hampshire. He needs to come to the state and remind the voters why they voted overwhelmingly for him in the primary and, for the first time in years, came close to turning New Hampshire red in the general.”

“And,” Dennehy added, “it’s important to note that there are 23 Democrats parading around the state beating the pulp out of Trump. That’s going to take its toll.”

Legitimate points, but those candidates are also campaigning in Iowa and South Carolina. And while Trump is underperforming the GOP baseline in those states, too, (by -7 and -14 respectively), his numbers are far worse in the Granite State.

Longtime GOP insider Tom Rath says it’s about New Hampshire as much as it is Donald Trump.

“New Hampshire is not a natural state for Trump. Our natural political orientation is toward the center, not the wings. We produce Judd Greggs, Warren Rudmans, Jeanne Shaheens and John Lynchs.

“These are not in-your-face politicos,” Rath says.  “And Trump is.”

All of which may explain, at least in part, why Gov. Chris Sununu chose to take a pass on challenging Sen.  Shaheen. There are plenty of reasons why a successful governor with young children–one who would rather be an executive than a legislator–might decide to run for re-election rather than for the U.S. Senate.

But knowing that the guy at the top of the 2020 ticket is underwater with Republicans by -21 probably helped, too.