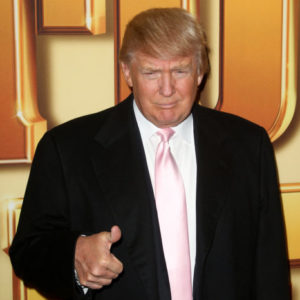 The new Morning Consult poll of President Trump’s state-by-state approval ratings for November show that, while the president remains unpopular in New Hampshire, his numbers here have edged up slightly.  In fact, New Hampshire–which long had a more negative few of the president than the nation as a whole–is now close to the national polling average on the Trump presidency.

Trump’s November numbers in New Hampshire are 42 percent approval/55 percent disapproval among registered voters a net – 13.  In September those numbers were 40-57 percent, a net -17 percent. In September of 2017, Trump was underwater by 19 points--quite a turnaround for a candidate who lost New Hampshire to Hillary Clinton by just 0.4 percent of the vote a year earlier.

By comparison to New Hampshire’s 42/55, Morning Consult put Trump’s national average at 43 approve/52 disapprove, a 9-point deficit. So while Trump is still less popular in New Hampshire (hardly a surprise in deep-blue, anti-Trump New England), the gap between the Granite State and the rest of the nation has narrowed.

Trump’s numbers across most of New England are abysmal, ranging from -16 in Rhode Island to -25 in Vermont. The notable exception in Maine, where Trump’s under water by just 9 points, matching the national average.

So in a state where the incumbent Republican president is unpopular and Democrats just won a crushing victory, how should the NHGOP respond?

Longtime Republican strategist Mike Dennehy tells NHJournal that how Trump governs in the new era will be important:

“People will be paying very close attention to how Trump interacts with the new Democrat Senate Majority Leader and the Democrat Speaker,” Dennehy said.  “And in similar fashion, people will be looking to see how Governor Sununu gets along with the new Democrat majorities in the State House.  People are looking for action, but the current political environment doesn’t appear to allow for it so it will take strong leadership at the top.”

Dave Carney, another veteran NHGOP consultant, says “President Trump is in a decent position today, but in this new political world 18 months is like five lifetimes. The world will change many time before the electoin rolls along.”

Carney warns that both Republicans and Democrats in the Granite State should avoid overreaching when it comes to Trump and 2020, for the sake of the First In The Nation primary.

“That means not trying to tilt the tables in the primary,” Carney told NHJournal.  “New Hampshire is unique in that anyone can run for president and get a fair hearing from our voters.  Any perception that the game is rigged will help the other states undercut our position.”

“The people of New Hampshire should not underestimate how many other states want to take our FITN status away from us,” Carney said.