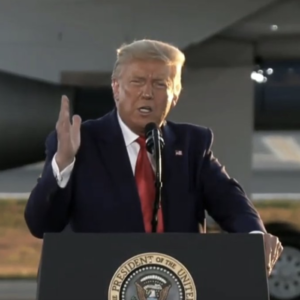 Thursday night, Trump formally — or as he put it, ‘profoundly’ — accepted the GOP nomination with the White House aglow behind him in all its glory. And after the speech— Washington, DC skies filled with fireworks.

Friday night in Manchester, NH, Trump had to bring his own backdrop: Air Force One. As the crowd of several hundred supporters waited in a hangar at Pro Star Aviation in Londonderry, the speaker system crackled overhead with the words: “Air Force One, this is the tower. You’re cleared for landing.”

Cheers erupted when Trump touched down. Then it taxied back so President Trump could give his speech with the iconic plane behind him as the sun set through blue and orange skies to the west. 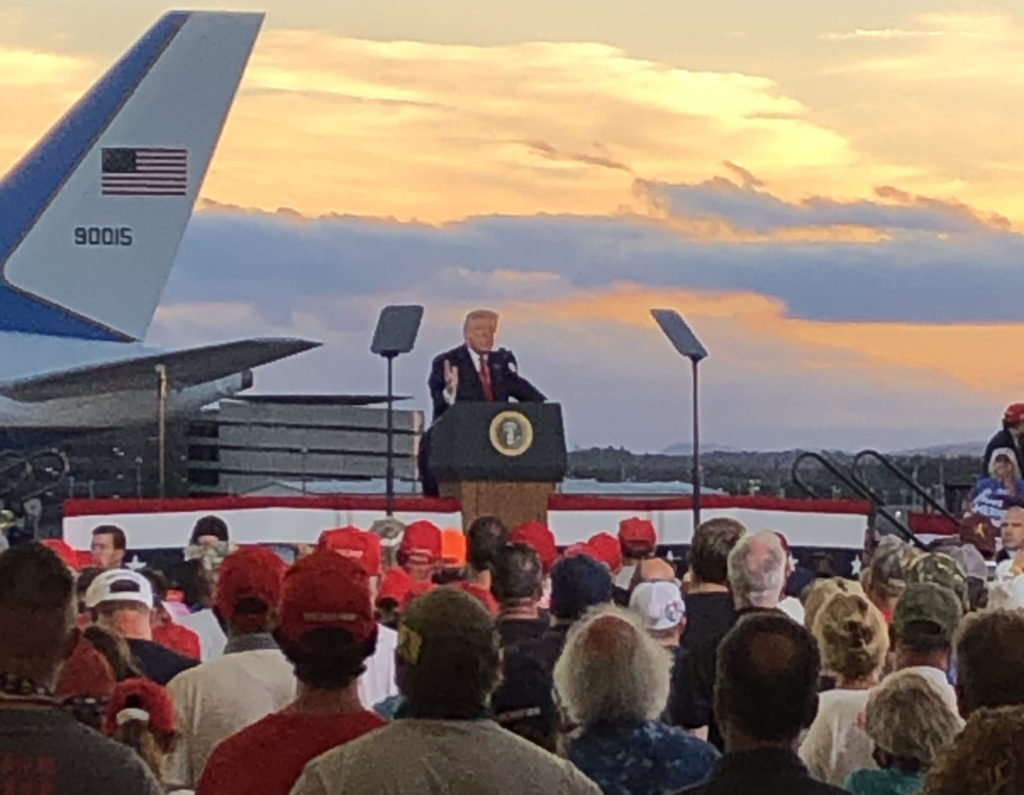 It was a scene straight from Hollywood. Or a well-produced reality TV show.

Which matched the moment, because Reality TV Trump was back.

And as for the fireworks, Trump provided his own. He gave a fast-moving, high-energy speech peppered with jokes, insults and asides. Forget “COVID-Subdued Trump” or “Pretending to be Presidential” Trump.  They’re a distant memory. “Rally Trump” — the Trump his base loves — was back.

“Chris Wallace said that my speech didn’t seem to have much energy last night. But that was a different kind of speech. Tonight, I’m in New Hampshire and we can wing it!” Trump told the crowd.

But did he really “wing it” at the airport Friday night?

Sure, Trump didn’t waste any time going after former Vice President Joe Biden. “Did you hear that Biden is going to finally come out and campaign?  Yeah…in ten days. TEN DAYS?! What’s he waiting for? Ten days is an eternity in Trumpville.”

“That’s all right. He’s much better off where he is.” 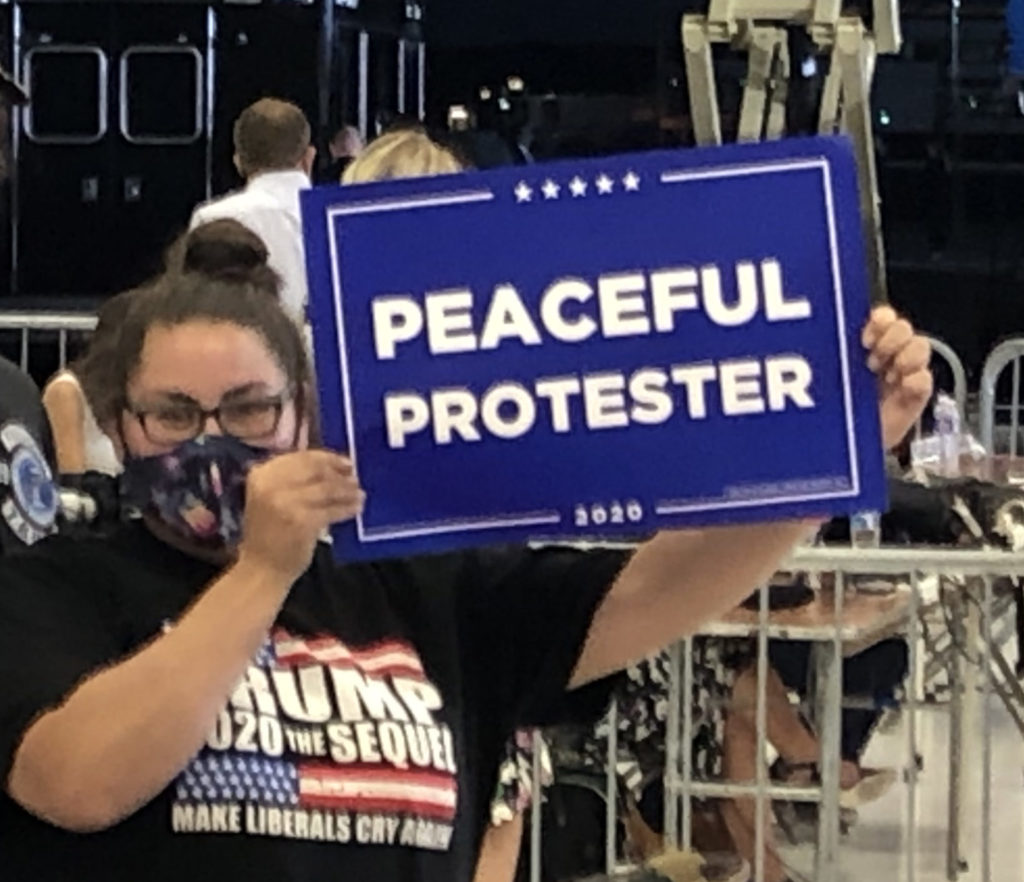 Trump hit Biden on his lack of energy, his limited intellectual capacity, and Trump’s belief that Biden will be little more than a sock puppet for the progressive Left.

But Trump also hit Biden repeatedly — and hard — on the issue of public safety and disorder in some of America’s cities, reprising his argument from the night before that “You won’t be safe in Joe Biden’s America.”

Trump seized on a DC story with a local New Hampshire angle: Several Republicans were attacked by progressive activists as they walked home from Trump’s White House speech Thursday night, among them Sen. Rand Paul of Kentucky.

A separate incident targeted New Hampshire Republican National Committeeman Chris Ager, who was harassed and harangued in a video that quickly went viral.

“You saw what happened? The thugs outside,” Trump said of the protesters. “That wasn’t friendly protesters, they were thugs. That should never have been allowed to happen.”

“And a weak guy like Joe Biden — he’s weak as hell — he never brought up law and order as a subject for discussion in the entire Democrat National Convention,” Trump said. 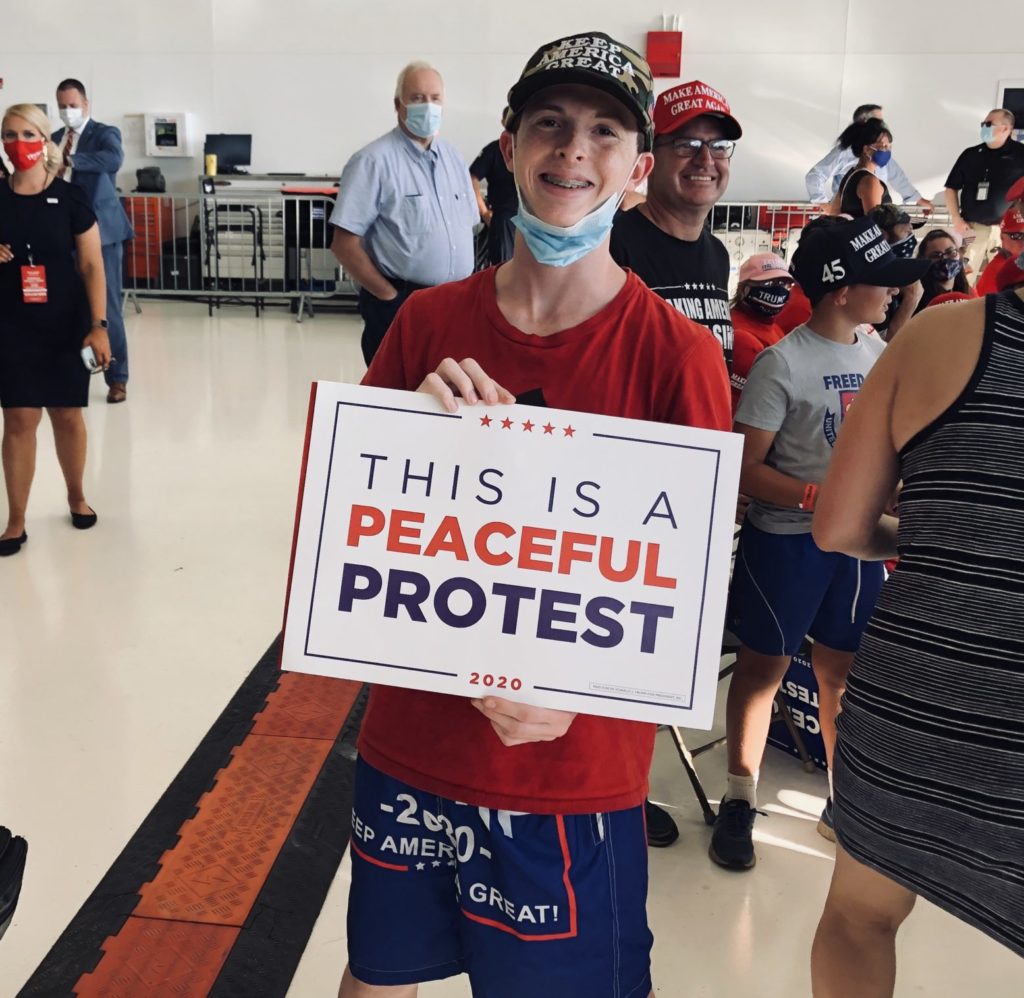 Trump also mocked the media for their ongoing coverage of “mostly peaceful” protests in cities like Portland, Ore. and Kenosha, Wis., joking about journalists reporting live from “friendly protests” even as burning cars and rampaging crowds served as a backdrop.

Interestingly, the campaign also added (for the first time ever, according to campaign sources) new rally signs to hand out to the crowd. Along with the “Women for Trump” and “Four More Years” signs were pre-printed campaign signs with the messages “Peaceful Protester” and “This Is a Peaceful Protest,” a clear reference to the violence Trump was denouncing.

Far from “winging it,” it was clearly pre-planned —  a signal that Team Trump sees the current disorder as a winning campaign issue. Trump’s new campaign manager, Bill Stepien, was spotted watching it all from backstage.

The crowd appeared to eat it all up.

Also in attendance was Matt Bevin, the former GOP governor of Kentucky who grew up in Shelburne, N.H. He was in the Granite State with his son Isaac who’s racing in the Legends series at the New Hampshire Motor Speedway, and he came by the Trump speech to show his support. Bevin believes Trump is going to win New Hampshire for the same reasons he’ll win Kentucky. 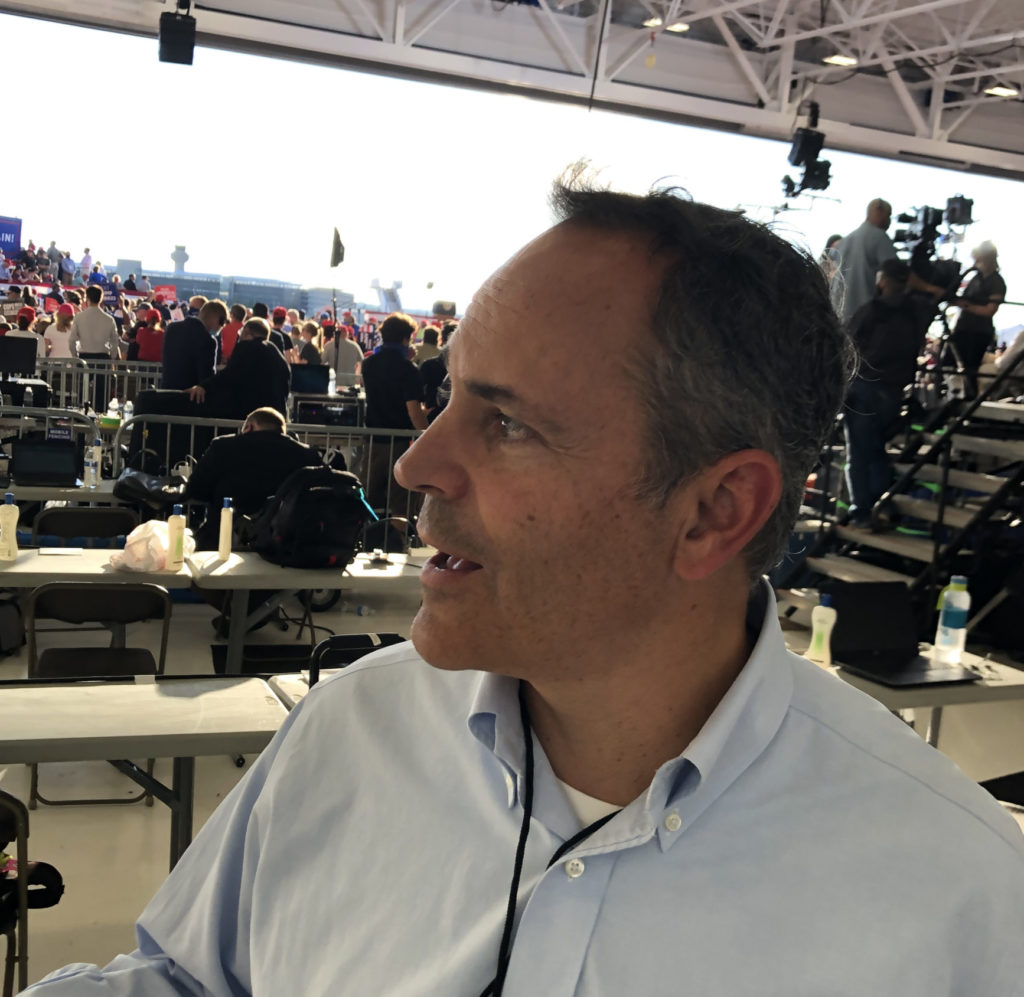 “If you love America and you believe in the promise of America, then this race is simple: There’s only one candidate and one party that unapologetically stands for America’s values and its place in the world. That candidate is Donald Trump and that party is the Republican Party,” he told NHJournal.

“Trump is going to blow New Hampshire away,” predicted Michael Noyes of Atkinson, N.H. “Unless, of course, people from Massachusetts sneak over the border again,” he joked.

Noyes said he’s feeling confident about Trump’s chances because he sees far more excitement from Granite State Trump voters than from Biden backers. “Look at the outpouring of support: The parade on Lake Winnepessauke last week, a parade on Sebago [Lake], parade in Newburyport [Mass.] which I attended.”

“You don’t see a lot of parades for Joe Biden,” Noyes noted.