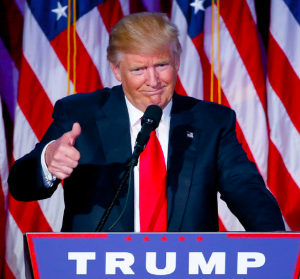 While skeptics dismiss the notion of New Hampshire being a competitive state in 2020, Team Trump continues to treat the Granite State like a legitimate battleground, investing time and resources here.

Then on Monday, the campaign announced Vice President Pence will be visiting New Hampshire that same day, holding a ‘Cops for Trump’ event in Portsmouth, NH before heading to Manchester for the big rally.

And now the campaign has launched a billboard campaign in advance of the rally with messages targeting New Hampshire voters.

“The Republican National Committee is welcoming the Democrats back to New Hampshire with a series of billboard ads in Manchester. As these Democrats come limping back into New Hampshire we want to remind them of the success we have seen under President Trump’s leadership. The fact is, New Hampshire residents have more money in their pockets, retirement accounts are thriving, and we are finally winning again,” RNC Spokesperson Nina McLaughlin said in a statement.

NHJournal has reported on both the repeated insistence by Trump 2020 campaign manager Brad Parscale that New Hampshire is in play, as well as polling data showing Trump’s approval rating in the Granite State is the worst for any swing state.

In recent days, Trump’s allies have begun pushing back. They see Trump’s approval increasing as more Republicans and right-leaning independents rally to his cause in the face of impeachment, as well as rising support due to the continued strong economy. They also point to a recent CNN/UNH poll showing Trump’s approval in the Granite State at 50 percent.

“Find a shop that is doing rigorous survey work and you will find that Trump’s approval is around 48 percent in New Hampshire right now,” one knowledgeable source with ties to the Trump campaign tells NHJournal.

And despite being part of deep-blue New England, New Hampshire is ranked number five for online donations to the Trump campaign.

And then there’s the “deplorables” factor. Team Trump has seized on high-profile incidents of Trump opponents mocking his supporters, in particular his white, male, non-college-grad working-class supporters. There are a significant number of those voters in New Hampshire.

Team Trump knows it, too, noting that in 2016, Trump flipped Coos, Sullivan and Hillsborough counties. And they’re using events like the Trump and Pence rallies to identify New Hampshire residents who support Trump but rarely participate in politics. These supporters don’t answer polls, don’t follow politics on a daily basis and are difficult for campaigns to reach. They’re motivated by their support for Trump, not the Republican Party.

If rallies, billboards and social media can keep them engaged enough to vote in November, New Hampshire’s four Electoral College votes could easily be in play.