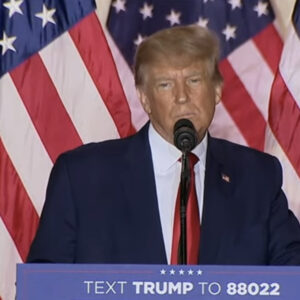 Posted to Politics November 16, 2022 by NewsNHJ

New Hampshire Journal invited readers to react to former President Donald Trump’s 2024 campaign launch Tuesday night by responding to a short survey and offering their thoughts on his speech. NHJournal also asked for their opinion on his decision to run.

While this isn’t a poll and the sample is far from random, more than 200 NHJournal readers responded Tuesday night, offering a glimpse into what likely GOP primary voters think of Trump’s return. Based on this reaction, Granite State Republicans are not impressed.

More than 50 respondents also added comments about Trump and 2024, and they were overwhelmingly negative.

“Loved Trump policies. But he needs to step aside now for the good of the party,” reflected the message of many of the comments

“It’s clear a population segment has hardened against DJT,” another reader said. “There is nothing he can do to change this. I love everything DJT stands for, everything he said he would do and did, and everything he could do if elected. Problem is … he cannot win again.”

Other commenters were more openly — even brutally — negative about Trump.

“Trump sucks. I don’t like his stupid hats, and his constant conspiracy theories make me embarrassed to call myself a GOP. I’m also tired of defending the crazy things he says – and as it turns out, I don’t think the elections were stolen, and I do think the Proud Boys are racists. Can’t we just move on from this guy?”

Another simply wrote: “Trump needs to go away!”

While most of the comments were either negative or ambivalent (“Let’s see what he does to help win the runoff in Georgia”), there were some hardcore Trump defenders as well.

“President Trump is the most promising leader for this nation if we want to achieve the greatness that was delivered during his term. He will be better even than those four years because he knows where the roadblocks were and will avoid them going forward,” one reader said.

And of course, someone added, “Make America Great Again!”

The survey question responses are below: 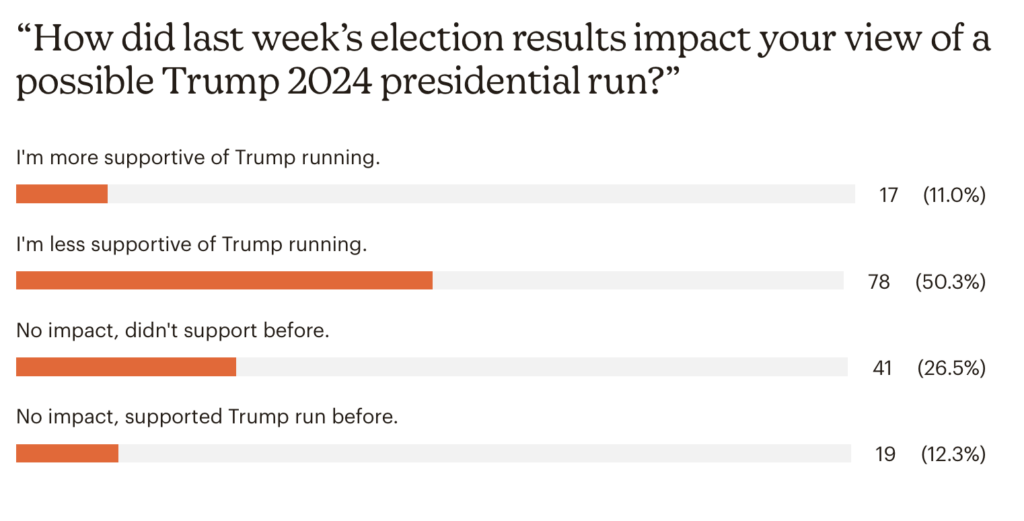 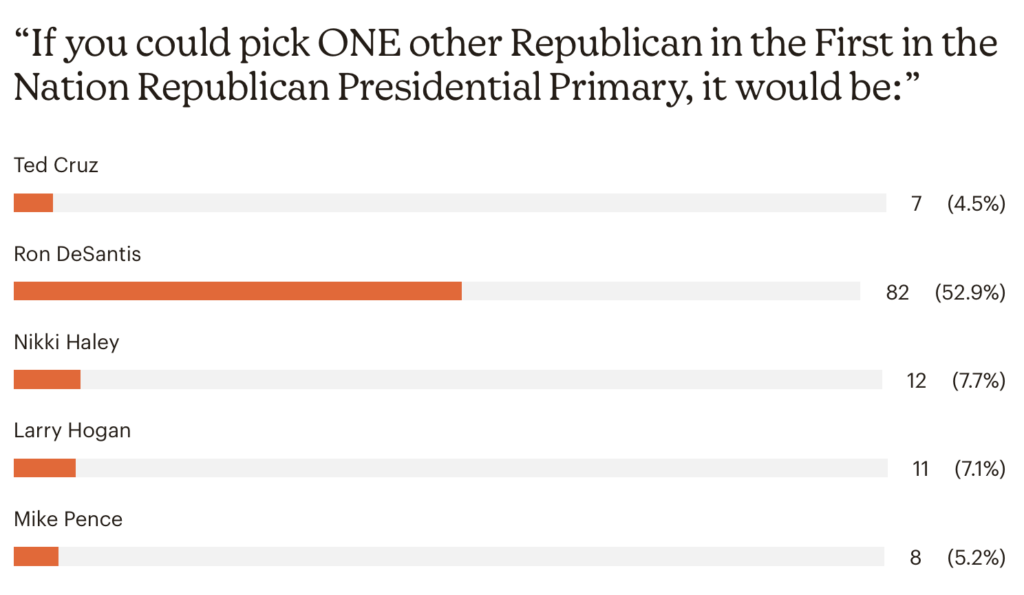