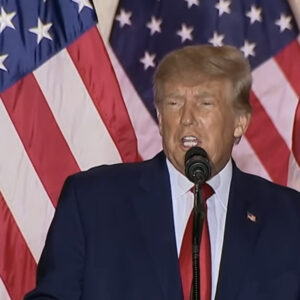 Surrounded by American flags and MAGA fans at his Mar-a-Lago compound, former President Donald Trump announced his third bid for the White House Tuesday night. It is a race that will begin in earnest in New Hampshire, where he won his first-ever election victory in 2016’s “First In The Nation” GOP primary.

But can he recapture the political magic of his first campaign? Many Granite State Republicans have doubts.

“America’s comeback starts right now,” Trump told the Mar-a-Lago crowd. “In order to make America great and glorious again, I am tonight announcing my candidacy for president of the United States.”

Just minutes before Trump took the stage, news broke that he had filed the official paperwork launching his candidacy.

Trump’s announcement came after a midterm election widely viewed as a defeat for his MAGA message and its allies. Candidates who insisted the 2020 election was stolen from Trump lost almost every high-profile race, including the U.S. Senate and both congressional districts in New Hampshire. It was the third losing election cycle in a row since Trump first won the White House. 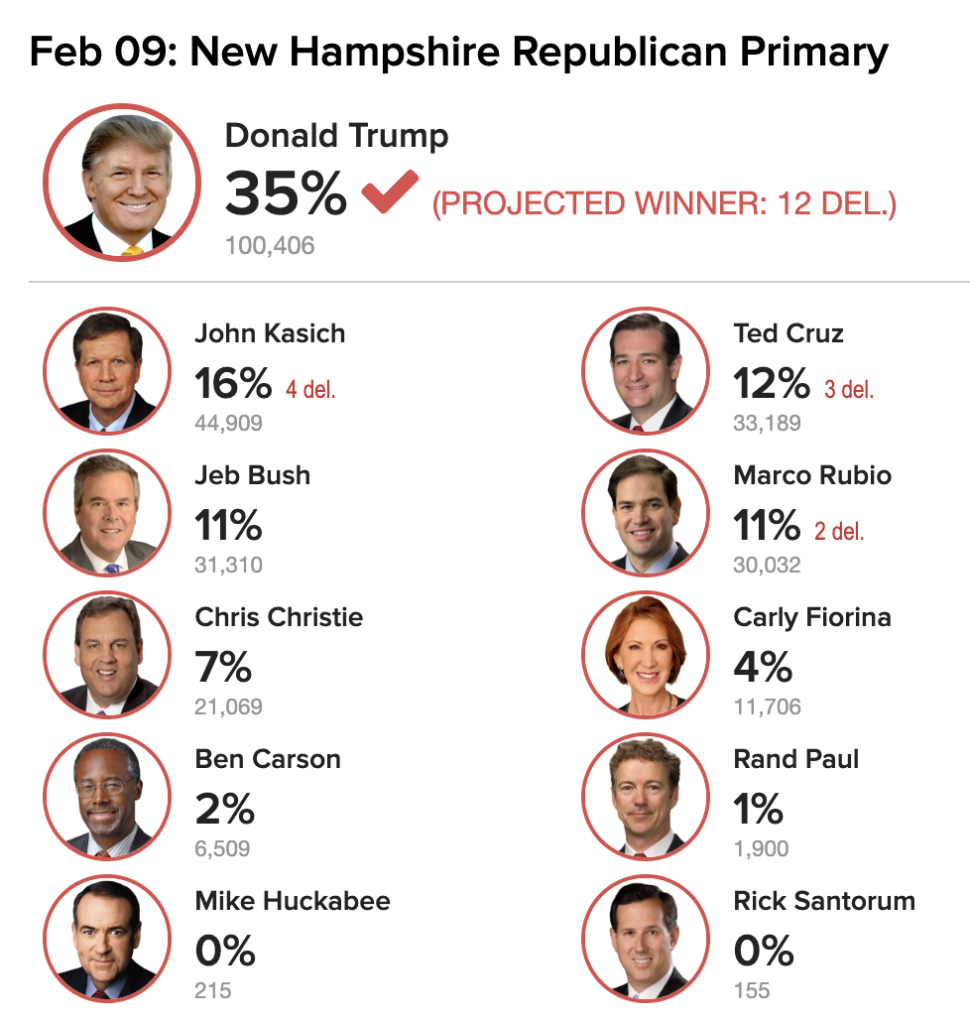 On Tuesday night, Trump insisted he was not to blame for the GOP’s midterm losses, instead claiming he had a great election night.

“I do want to point out that in the midterms, my endorsement success rate was 232 wins and only 22 losses. You don’t hear that from the media,” Trump said.

Trump stayed close to the script and mostly on message, a sign he understands Republicans are concerned about the 76-year-old politician’s ability to remain disciplined over the course of what would be a two-year campaign.

Trump did not repeat his attacks on potential GOP rivals like Gov. Ron DeSantis (R-Fla.) or Gov. Glenn Youngkin (R-Va.). And he also avoided any direct references to his “stolen election” claims.

Instead, he revived the theme that fueled his first campaign’s success: “Just as I promised in 2016, I am your voice.”

Six years later, the question is whether the GOP primary voters who passionately supported him during his presidency — his approval rating among Granite State Republicans hovered around 90 percent — will still back him today?

The early reaction from the Granite State is not positive for the former president.

“No one has the ability to stir up and unify the combined forces of the Democratic Party and its media partners like President Trump,” said Jason Grosky, chairman of the Rockingham County GOP. “Team Trump will be on board 100 percent. But the real issue for our party is putting forward the best candidate we can to defeat Joe Biden and the policy mess he’s created and pulling Republicans across the finish line for U.S. Senate and the House.

“Will our former president be about Team Trump, or Team Republican, the disciplined leader of our party? I’m not sure his unprovoked attacks on Governors DeSantis or Youngkin – two people who are not declared for president – are the kind of acts that will attract people beyond the Trump base, but time will tell.”

“It was a self-indulgent, factless, nonsensical speech,” she said. “I believe in Republican policy principles. I don’t believe in cultism, regardless of party.”

And a Republican strategist who asked to speak on background echoed the general reaction from NHGOP campaign pros. “Low energy. Airing of grievances. He was more disciplined, but it was old, tired. We’ve heard it all before.”

Trump still has supporters, of course. Bruce Breton, a Windham town selectman, was one of the first New Hampshire elected officials to endorse Trump in 2016. “President Trump did it before, and he will do it again for us,” Breton said. “He’ll ‘Make America Great’ after two long years of President Joe Biden’s failed agenda.

“When you’re a run down in a baseball game in the bottom of the 9th with a runner on first, it’s always great to have your MVP player at the plate ”

But Trump supporters, long known for their aggressive use of social media, were noticeably silent on Twitter Tuesday night.

New Hampshire Democrats, on the other hand, wasted no time reacting. They sent out a fundraising email soliciting donations from Trump’s announcement.

Earlier in the day, Gov. Chris Sununu — who has been mentioned as a possible 2024 candidate himself — said Trump was announcing at a moment of weakness. “He just got crushed in this election,” Sununu told Fox News. “You could make the argument he’s never been weaker politically. It’s going to make a little bit of news and then everyone will move on.”