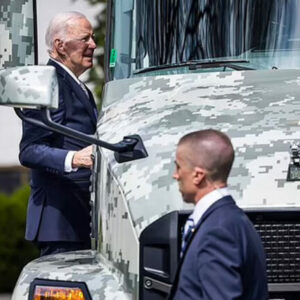 When President Joe Biden bragged about his days driving 18-wheelers on Monday, he may have been stretching the truth a bit. But his message — that the nation is suffering a severe trucker shortage — is indisputable. It is part of the larger labor shortage plaguing the nation’s entire supply chain.

Employers are currently struggling to fill 11 million job vacancies, enough to hire every person in New York City and Chicago. One result of the labor gap: Soaring wages that have helped fuel record inflation. Private sector wage costs increased five percent in 2021, up from 2.9 percent in 2020, and the largest annual increase in 20 years, according to the Bureau of Labor Statistics.

“Trucking moves about 70 percent of all the goods in this country, and truck drivers are facing real challenges,” Biden said as he touted the success of his administration’s “Trucking Action Plan,” which was unveiled late last year. 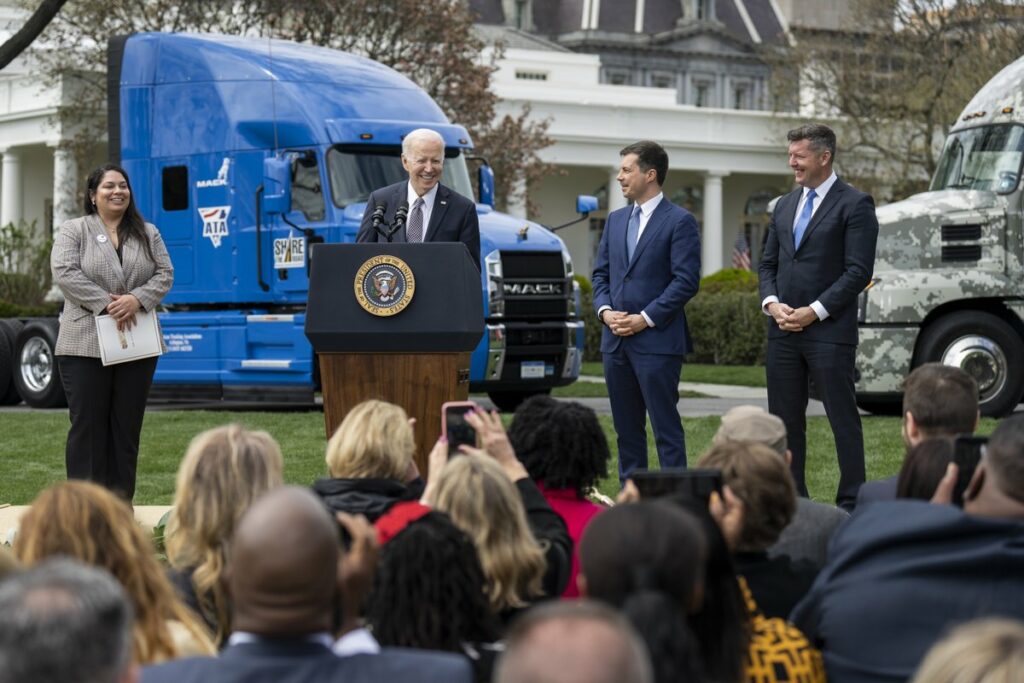 All of which makes the Biden administration’s targeting of proprietary trade schools — also referred to as “for-profit” colleges — so puzzling. Career colleges create qualified workers in fields like transportation, nursing, and construction, and at a time when those jobs are increasingly difficult to fill. And yet the just-completed Department of Education rulemaking process tightened regulations on how much revenue for-profit schools can generate from federal programs and attempted to impose a “gainful employment” rule on privately-owned educational institutions.

The latter regulation would have required these career colleges to prove their graduates are employed and able to pay back student loans. The gainful employment rule would not have applied to public and private colleges and universities, despite the fact these privately-run schools have a higher completion rate than the average community college.

All of that is puzzling to the industries that depend on proprietary school graduates to staff their operations.

According to Waguespack, the general aviation sector was short-staffed before the pandemic. Then COVID dramatically increased demand for private air travel — both personal and corporate. The New York Times recently reported business jet takeoffs and landings were up as much as 40 percent in 2021 from the year before. And the demand continues to rise, said Waguespack, as does the stress of finding qualified employees.

“We had a shortage of technicians and support staff before the pandemic,” he says. “Now that we’ve come back, how will we keep up with this cadence?”

He is not alone. The American Trucking Association says the industry currently has 80,000 driver vacancies, a number that will soar in the coming years due to increased demand — thanks, Amazon! — and an aging trucker workforce.

Before the pandemic, the Bureau of Labor Statistics estimated America would need to fill 176,000 nursing jobs annually for the next decade, thanks to the medical needs of an aging population and retirements in the profession. That number has almost certainly increased as a result of the healthcare worker exodus prompted by COVID-related job stress.

Fred Freedman, CEO of the Pima Medical Institute, a proprietary healthcare school, says his industry plays a crucial role as the healthcare industry struggles to meet its staffing challenges.

“At the technician level, jobs that require a bachelor’s or associate degree, [for-profit schools] provide a huge percentage of hospital employees,” he says. “We’re talking about nurses, radiology techs, ultrasound technicians, respiratory therapists, surgical technologists. I can’t tell you what percentage of these positions we provide, but it’s significant enough that hospitals would find it difficult to fill those jobs without us.”

Supporters of proprietary trade schools and colleges say their critics have a variety of motivations, most of them understandable. Some lawmakers are just philosophical opposed to for-profit involvement in higher education, according to Jason Altmire, President of Career Education Colleges and Universities, a trade association representing for-profit education institutions. Labor unions and community colleges, he adds, often view private schools as competition for their training programs.

The state of Georgia, for example, recently invested heavily in the expansion of truck driver training at its four technical community colleges. Those schools vie with proprietary driving schools for the same students.

Freedman believes many critics of for-profit schools, including those in healthcare,  are simply under-informed.

“Most people in hospital administration and management attended traditional four-year colleges and universities,” he says. “So, there’s a lack of familiarity with what we offer and the students who choose our schools.”

There is also a whiff of classism surrounding how proprietary schools are viewed, especially those that teach hands-on technical or mechanical skills.

“We’ve kind of demonized working with your hands in this country,” says NATA’s Waguespack. “There’s an image out there of aircraft mechanics as grease-covered guys with a wrench.  Today’s planes are sophisticated computers that can fly. Aviation techs can make $100 per hour at a major airline. So, we need to slough off some old notions.”

Randall Bloomquist is a veteran journalist who writes about business and industry for InsideSources.