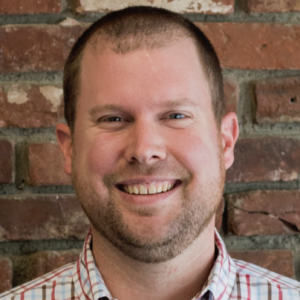 The same day NHJournal reported on the Granite State’s record-high education spending and falling enrollment, the top Democrat in the House caucus was telling public radio he wants more tax dollars for schools.

Since 2009, New Hampshire has lost more of its K-12 public school students — 14 percent — than any other state in the nation. Over that same period, local spending on schools has risen steadily and, added to federal and state funding, hit an average of $19,400 per pupil.

As a result, Granite Staters are beginning to ask why taxpayers are spending more year over year to teach fewer and fewer students. NHJournal repeatedly reached out to leading Democrats to ask that question, including House Democratic Leader Rep. Matt Wilhelm (D- Manchester). They all declined to respond.

But in an interview with left-leaning media outlet NHPR on Monday, Wilhelm repeated his support for increasing taxpayer spending on K-12 schools.

Asked what specific policies he hopes to advance in the upcoming legislative session, Wilhelm told NHPR, “I think kitchen table issues are top of mind for my neighbors.” Among those struggles, Wilhelm listed “knowing that property taxes continue to rise, that public education is not funded at levels in other states. It’s really important that we focus in on those issues that folks are talking about around the dinner table and make sure that we can provide relief where we can.”

Wilhelm’s comment about public schools “not funded at levels in other states” refers to Democratic arguments that state government should cover a higher share of K-12 education costs — and spend more doing it. In fact, New Hampshire taxpayers consistently rank in the top five for public school spending.

Will local school districts lower their tax collections as the number of students declines? So far they haven’t, and there is little political pressure from Concord for them to do so. According to data from the state Department of Education, nearly every school district in the state has lost students, and every one has seen an increase in per-pupil spending.

For example, Berlin has lost 37.5 percent of their students, but spending has risen by 94.7 percent. In Colebrook, enrollment has fallen more than 40 percent, but spending per pupil has nearly doubled.

Asked about these contrary trends, the top Democrat on the House Education Committee, Rep. Mel Myler (D-Contoocook) declined to respond.

Since 2000, taxpayer spending on education has increased by 78.4 percent on a per-pupil basis. Over the same period, enrollment in Granite State schools has fallen by 21 percent.