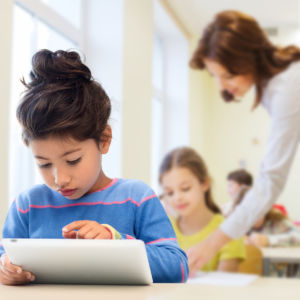 Not only is it National School Choice Week, it’s also New Hampshire School Choice Week. Gov. Chris Sununu signed the proclamation on Tuesday. So naturally, the discussion of school choice in the Granite State is bound to come up. And the Legislature has a slew of bills related to charter schools, public versus private schools, and parent involvement in their children’s education.

With a Republican-controlled State House, expect to see several school choice bills make it through and end up on the governor’s desk. Education reform is definitely a priority for the Sununu administration.

“We’re not trying to blow up education, or battle public education,” he said at an event for National School Choice Week in Manchester on Tuesday. “I love public education. It’s just about actually taking the system that we have, the fundamental structure that we have — and it’s not bad; it’s a good structure — but providing some leadership to really implement those innovations that we always talk about.”

Here are NH Journal’s top school choice issues to keep an eye on at the State House as lawmakers begin to debate these bills:

There are about 10 bills dealing with charter schools, which is still a contentious topic in the world of education. Here’s a quick run-down of what they are:

There are currently 25 charter schools operating in New Hampshire, with another one slated to open in fall 2017, according to data from the NH Department of Education. There were 3,011 students enrolled in charter schools, or about 1 percent of the state’s total student population, as of October 1, 2015.

Most charter schools receive funding directly from the state, at a rate of about $6,500 per pupil, which is a lower than average per-pupil expenditure at traditional public schools, which averaged approximately $14,375 in 2015. Data from the current academic year is not available yet.

So why are charter schools so divisive? Charter school advocates want more funding and to raise the cap on admittance. They say the schools create new educational models of teaching and learning that appeal to students who might not learn best in a traditional school setting and give parents more choices in their children’s education.

Opponents say charter schools take away state money that could go to improve traditional schools, and they lack equal proportions of disabled or special needs students, who then are forced into the traditional public school system.

And the argument that charter school students perform better on standardized tests is a moot point. While statewide assessment results generally show that trend, the comparisons can be misleading since charter schools and traditional public schools do not have equivalent student populations in terms of learning ability and special needs.

Out of the 10 bills filed for the current legislative session, seven of them seek to place limits on charter schools or give the state more control of them. They are sponsored by Democrats. Three of the bills look to provide more funding or give charter schools more authority — all sponsored by Republicans. So you can see that this issue largely falls on party lines.

Rep. Timothy Horrigan, D-Durham, appears to be charter schools’ biggest opponent by being the prime sponsor on most of the “anti-charter” legislation. But with a Republican governor and a GOP-controlled Legislature, it’s difficult to see a scenario where any of the Democrat’s legislation makes it far. Especially with a pro-charter school governor who wants to increase funding.

And Sununu’s nominee for education commissioner, former state Rep. Frank Edelblut, is also a school choice, pro-charter supporter. It seems unlikely that any of the limiting charter school legislation will make it out of the House Education Committee.

For those unfamiliar with the story of the town of Croydon and school choice, let me fill you in.

The town has been in an ongoing legal battle with the courts and state Department of Education over its decision to send some of its students to a nearby Montessori school at taxpayer expense.

Many small communities in the state do not have a local K-12 school district and they contract with larger nearby districts to send their students to school there, usually though a per-student tuition contract paid for by the town where the students come from.

So, the Croydon School District had a tuition agreement with the town of Newport, but that contact ended in 2014. Croydon gave parents the option of choosing public and private schools to send their children, which would be funded by taxpayers.

The state and courts have ruled that the town cannot use public funds to pay for private school. But the school district says there is nothing in state law that prohibits it from using private schools if it’s in the best interest of the students.

Now, school choice advocates are rallying behind House Bill 557, which would allow a school district to send a child to a private school, even a religious one, if there is not a public school for the child’s grade in their home district.

The first hearing for the bill was held on Wednesday and the state Department of Justice said the bill violates the N.H. Constitution for allowing taxpayer money to be used for religious schools and could lead to other court cases in towns where parents are paying for private schools out-of-pocket.

It’s a tricky bill, but if it makes it out of committee and goes through the Legislature, Sununu is expected to sign it. In an op-ed published in the New Hampshire Union Leader during his gubernatorial run, he said, “the issue in Croydon is a clear example of government overreach.”

“Too often, special interests and unelected bureaucrats act as if they know what is right for children over the judgment of parents,” he wrote. “Instead of expanding options for families, the state has unfortunately been working to reduce them.”

And assuming Edelblut is approved by the Republican-controlled Executive Council, he has also indicated that he supports the Croydon School District, so he could make this bill a priority and work with members of the Legislature to get it passed.

While not directly about school choice, the issue of Common Core State Standards will be a dividing issue in the Legislature. School choice is all about giving parents a greater role in their child’s education and with Common Core, many parents feel the federal government and state are mandating what their children should learn — even if they don’t believe it’s in their best interests.

Bills in the House and Senate seek to make clear that school districts are not required to implement the standards if they don’t want to.

NH Journal has previously reported on the issue of Common Core in the state and how the state board of education gave towns and cities the flexibility and local control to implement the standards how they saw fit.

Sununu and Edelblut have both said they want to “repeal Common Core.” What exactly that means, is still unclear, but if these bills make it to Sununu’s desk, it’s also likely that he would sign them.

Here are some other bills relating to school choice (or parental involvement) that will appear in during the current legislative session: