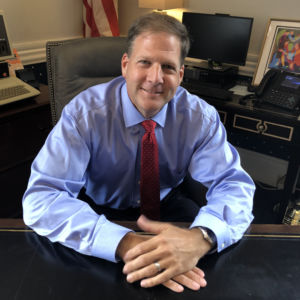 This week the data analysts at WalletHub released yet another ranking of the states: The Best Places to Live in 2019.

And yet again, New Hampshire is near the top of the list at number three, trailing only Massachusetts and Minnesota.  It’s just another data point in a “good news about the Granite State” story that’s become so common, it’s old news. Media outlets rarely bother to report stories like these anymore.

In fact, New Hampshire ranks so high on so many lists and by so many measures that NHJournal has compiled Top 10 “Top 10” Lists for New Hampshire:

There are many more (we’re ranked seventh on the “Least Stressed State” list. Go figure.)

That doesn’t mean New Hampshire has no problems. New Hampshire remains in the top 10 worst states for opioid abuse and fatalities, for high energy costs and (of course) property taxes.  But for voters who remember the Great Recession, or the downturn in the 1990s, life in the Granite State is pretty darn good.

Which raises the political question: When times are this good, why would anyone vote for change? When you’re number one, change can only mean something got worse.

So if you’re Executive Councilor Andy Volinsky or Senate Majority Leader Dan Feltes, the two most commonly discussed Democratic candidates for governor, how do you run against an incumbent governor when the economy is this good? Particularly when Morning Consult’s polling (64 percent approve, 23 percent disapprove) makes Sununu the third most popular governor in America.

How does a candidate make the case for change when these are the conditions on the ground?

“Those aren’t the conditions on the ground,” Volinsky told NHJournal. “They’re just surveys meant to sell magazines. If all you do is a cursory review of the survey material, you’re doing the state a disservice.”

“We’re facing a number of crises: a child protection crisis, a housing crisis, an opioid crisis,” Feltes told NHJournal. “Those crises can’t be covered up by some generic measurements of the economy that are good”

And Feltes declined to credit Sununu for the current economic boom. “The economic growth began under President Obama and Governor Hassan,” and that “private sector job growth in New Hampshire is only 1.4 percent, while it’s 2.1 percent nationwide.”

Councilor Volinsky had critiques of the current economy of his own. “We are now the second-oldest state in the country. We can’t keep young people, and we don’t attract young people. We have the highest level of student debt among graduates in the nation.

“Those are things that affect the middle class and they can’t be ignored,” Volinsky said.

Which likely explains why the NH Democratic Party regularly sends out tweets and FB posts linking Gov. Sununu to President Trump.  As Trump proves every day, it’s possible to deliver a red-hot economy and simultaneously be unpopular with the voters.  Amid one of the hottest economies in the modern era (GDP growth is nearly twice as fast as in Obama’s last year in office), Trump is about 10 points underwater nationally and in New Hampshire, he’s 19 points down.

If New Hampshire Democrats can get voters to cast a partisan vote, rather than an economic or quality of life vote, every Republican in New Hampshire–even the third most popular governor in America– will be in danger next year.