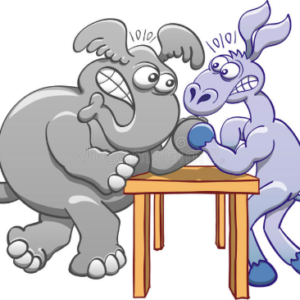 Time To Move The N.H. First Congressional Into The “Toss-Up” Column?

“So far, so good” for Republicans in the 2018 primary season.

Democratic candidates backed by Bernie Sanders’ “Our Revolution” and other progressives have won primaries in places like Pennsylvania, Nebraska and Georgia. Earlier this week, the Cook Political Report revised their ratings on four congressional races, all in favor of the GOP.

So what does all this mean in New Hampshire’s First Congressional District–one of the most competitive in the US? A district that has flipped parties five times in six election cycles?  Right now, the Cook Political Report has the district as “Leans Democrat.” But with the generic ballot tightening, the rising GOP tide could lift all local boats–particularly in a swing district in a purple state that Trump lost by just 3,000 votes.

If Democrats nominate a candidate perceived as far-Left, and the GOP  generic-ballot numbers remain competitive, and Trump keeps his approval near 45 percent, and the Republicans nominate an appealing candidate who can raise the money to compete (a lot of ifs), then NH-01 could be one of the few pick-ups for the Republicans in November.

“Leans Democrat” is about right. If it turns into a “Toss-Up,” it will likely be thanks to the choice made by voters in the September 11 Democratic primary.

It’s also a metaphor for the House as a whole. Right now, 2018 is leaning Democrat and the smart money is on the GOP losing the majority. But a few more good primary nights for progressive Democrats, and control of the House could become a toss-up, too.