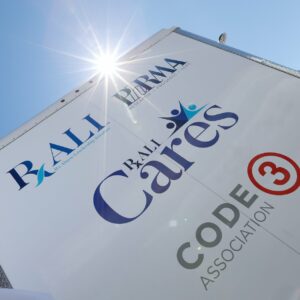 The Rx Abuse Leadership Initiative of New Hampshire (RALI NH), a statewide coalition of community organizations on the frontlines of fighting the opioid epidemic, is celebrating three years of service.

And it’s got 117 tons of prescription drugs to show for it.

“I have been pleased to work with RALI NH in the fight against opioid addiction,” said state Sen. Donna Soucy (D- Manchester). “Their participation in Prescription Drug Take-Back Days, the RALI CARES Educational Trailer tour educating parents about the signs of drug abuse, and their many online forums and community events have all contributed greatly to the fight against opioid misuse.”

RALI-NH has been recognized by the U.S. Drug Enforcement Agency as “2019 Prevention Coalition Leader: Statewide.” They’ve distributed more than 176,600 safe drug disposal pouches to help keep prescription drugs out of the wrong hands.

Another RALI team member is Mary Drew, founder and CEO of Reality Check, Inc. in Jaffrey. She told NHJournal volunteer efforts to get excess prescription drugs out of medicine cabinets — and away from those struggling with substance abuse — has been extremely successful. According to the federal Drug Enforcement Agency, 122 New Hampshire law enforcement agencies participated in the most recent National Take Back Day on April 24, 2021, when 120 collection sites took in 13,149 pounds of unneeded prescription drugs.

RALI’s support for Reality Check turned out to be particularly fortuitous during the COVID-19 lockdowns. Overdose deaths spiked 31 percent in 2020, Drew said, as those struggling with addiction were isolated and unable to get the community support they needed.

RALI provided a $30,000 grant that helped fund the purchase of a building in Jaffrey, and later a smaller grant to repair an outdoor deck.

“We were able to offer that space for outdoor meetings. Alcoholics Anonymous, support groups — people could still access the support services and get the social connection they desperately needed at a time when there was so much stress,” Drew said.

“When some people were stuck just staring at a Zoom [meeting], we were able to bring our people together face to face,” thanks to RALI.

Supporters of the RALI effort are already looking ahead to 2022, when the effects of COVID and its mitigation efforts are likely to still be felt among the most vulnerable communities.

“RALI NH has done great work in Littleton and throughout the North Country to raise awareness and help educate the community about preventing opioid addiction and the resources available to fight addiction,” said state Sen. Erin Hennessey (R-Littleton). “I look forward to continuing to work with RALI NH on combatting opioid addiction.”