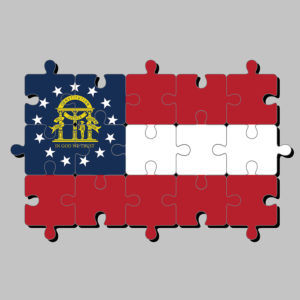 The votes will be cast in Atlanta and Savannah on Tuesday, but the impact will be felt in Concord and Manchester for the next two years — at least — on both sides of the political aisle.

In a typical year, Republicans would be expected to win these runoffs because Georgia is still a GOP-leaning state and Republican base voters (AKA “old people”) are the most likely to turn out for a one-off election nine days after Christmas. But in the Trump era, nothing is typical. So instead, speculation by political pros runs the gamut from a #BlueWave to a #RedWall.

If the two Republican incumbents hold onto their seats (technically, David Purdue’s term ended when the new Congress was sworn in on Sunday, so he is not an incumbent at the moment), the impact of these races will be minimal. But if Democrats pull an upset and take control of the Senate, it will affect national politics — not just in Washington, DC, but right here in the Granite State.

Here are three ways a Democrat sweep in Georgia will make waves in New Hampshire:

Maggie Hassan in the Majority: With a seniority ranking of 78 out of 100, Sen. Maggie Hassan isn’t going to be a major force in the Senate regardless of Tuesday’s outcome. But having the power of the majority behind her would make it easier for her to make headlines back home as her 2022 re-election campaign approaches. She may be one of the least senior members of the Senate Finance Committee, but she’s on the committee. And her fellow Democrats would do everything they could to keep their majority by holding onto Hassan’s seat. Would they step in to stop states like Massachusetts from taxing former commuters working from home in New Hampshire? Cut a deal on internet sales taxes to protect the NH Advantage? With a majority of one, every seat is make-or-break. So why not?

Sununu For Senate? GOP leaders in DC are already talking about how important it is to get popular incumbent Gov. Chris Sununu to take on Hassan next year. That pressure on Sununu to run will surge from high to “turning coal into diamonds” levels if Mitch McConnell loses the gavel. Sununu can resist, of course, and either drop out of politics or become just the second governor in history to run for a fourth term. But with control of the Senate potentially in the balance and a GOP-friendly environment in 2022, it would be tough for Sununu to let the entire party down.

No Love for Lewandowski and Co. If Democrats do manage to elect two Senators in Georgia for the first time in 20 years, the credit (or blame) will go to one man: President Donald Trump. His political allies will pay a price.

Attempts to depress turnout among Republican voters have come from both sincere, angry GOP activists and anti-GOP opportunists exploiting that anger. When the Lincoln Project is running ads featuring Democrats like Lin Wood targeting Republican voters, something has gone seriously wrong.

It has. Trump spent weeks pumping up conspiracy theories that drive down turnout among the GOP base. At Monday night’s rally in Georgia, Trump attacked Peach State Republicans, pledging: “I’ll be here in about a year and a half campaigning against your governor, I can guarantee you that.”

If Republicans spend the next two years watching Democrats work their will in Washington, they’re not going to be happy with the MAGA folks who made it possible. Trump will always have his loyal followers, and there’s no doubt most Republicans like him despite his flaws.

But Republicans like winning even more. If Corey Lewandowski does decide to run for governor in 2022, he’ll face a GOP primary electorate well aware of the price their party paid for the Trump presidency. A Majority Leader Schumer would make certain of that.

If Republicans hold onto the Senate, it will be easier for Trump fans to say the party did just fine under Trump, picking up congressional seats and governor’s mansions even as Trump suffered a surprisingly narrow loss. Losing control of DC to the Democrats will be a major blow to the MAGA wing of the party and candidates like Lewandowski.

Not that the news is all bad, says NHGOP strategist Mike Dennehy.

“No doubt Georgia’s outcome impacts the politics of 2022. If Democrats do win the Senate and total control of Washington, the pressure will be on them to produce. If they don’t — which is the most likely outcome — it could be 2010 for the GOP all over again,” Dennehy said.

“It sets up the GOP for an even bigger opportunity to win in 2022.”