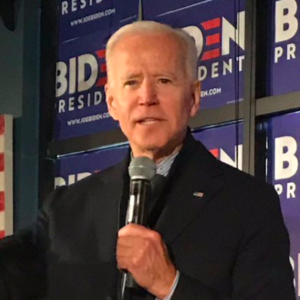 Neil Levesque’s crew at the New Hampshire Insitute of Politics at St. Anselm College certainly know their way around a primary. And it shows in the questions they chose to ask in their new poll of Granite State Democrats. Sure, they cover the usual questions: If the election were held today, how much attention are you paying, approve/disapprove, etc. But they also ask some more interesting questions that pull out valuable insights regarding how local Democrats currently view the presidential race.

The toplines are Sen. Elizabeth Warren at 25 percent, former Vice President Joe Biden at 24 percent, and Sen. Bernie Sanders trailing (badly) at 11 percent, just ahead of Mayor Pete Buttigieg at 10 percent. Other than Sander’s shockingly poor performance, no real surprises.

Instead, here are the three results we found most interesting:

1– A lot of Democrats are afraid Trump’s going to get re-elected:

Only 56 percent of Granite State Democrats believe it’s unlikely Donald Trump will win in 2020. This from a poll taken even as the Ukraine/impeachment story was dominating the media.

Meanwhile, another 20 percent are unsure of the outcome and nearly a quarter of Democrats think Trump’s going to pull off a victory. For a group whose approval rating of the president is in the single digits, that number seems pretty high.

Think about it: New Hampshire Democrats live in the Boston media market. Other than the governor, Democrats control government from the congressional delegation to the state legislature. No Republican has carried their state since 2000.

So where are Democratic primary voters hearing and seeing data that leads them to believe Trump is still going to win? Perhaps it’s just paranoia. Still, just because you’re paranoid…

2– Nobody wants Joe Biden to be POTUS. Not even Democrats:

OK, “nobody” is an overstatement. It’s actually just 19 percent.

St. Anselm asked two questions back to back: Who’s the best candidate to take on Trump, and who do you believe would make the best president.

On question one, Biden comes out on top–though by a relatively narrow margin–over Liz Warren, 37 – 26 percent.

But when asked who would be the best person to actually serve in the Oval Office, not only does Warren win, but Biden’s number drops by half, from 37 to 19 percent.

Warren is by far the top choice of New Hampshire Democrats to be the next Commander-in-Chief, and by choosing her they add more evidence to the argument that Democratic primary voters aren’t voting “for” Biden, but rather they’re voting to block Trump.

If this primary were the old Hollywood Squares game show, Biden would be Paul Lynde.

3– The myth of the “moderate” New Hampshire Democratic Party is dead:

Ask New Hampshire Democrats about their party and they’ll tell you it’s a moderate “common-sense” version of Democratic politics. But ask them how they feel about progressive ideas like the Green New Deal and Medicare For All, and they’ll show you that they’ve moved solidly to the Left.

For example, a whopping 80 percent of Granite State Democrats say they’re more likely to vote for a candidate who supports the Green New Deal. Perhaps more significantly, just 12 percent say they’re less likely–despite the concerns many political pros have about independent voters and their perception that the GND proposal is extreme.

A Green New Deal to reorient our economy to mitigate climate change.

The same is true with Medicare for All and its elimination of the entire private health insurance industry. Most Americans oppose it. But 65 percent of New Hampshire Democrats say they’re more likely to back a candidate who supports it. Once again, even more telling is that just 24 percent say they’d be less likely.

Medicare for All to give everyone access to affordable quality health care.

Where are these moderate, pragmatic Democratic primary voters the Granite State takes so much pride in? Perhaps they’re part of the 63 percent of New Hampshire Democrats who said in a poll earlier this year they’d like to see American become a more Socialist country.

“Supporting Medicare For All is moderate,” one experienced NH Democratic activist insisted to NHJournal. If that’s true, then Joe Biden’s troubles in the Granite State are just beginning.