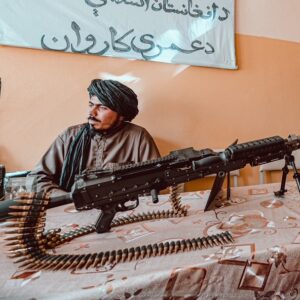 The Taliban’s Return: Preparations for ‘Martyrdom’ Go On

KABUL, Afghanistan – For almost two decades, the Taliban waged a vicious war against U.S occupation and the Afghan government – replete with frequent suicide attacks claiming countless lives and limbs. But now that they have come to official power, the former insurgency still has no plans to scale back the training for “martyrdom.”

The difference now is that their once covert suicide schools operate freely on bases primarily bought and paid for by the U.S. taxpayer.

“They will not blow themselves up on us,” says Akif Mohajer, the 32-year-old longtime Taliban member and newly appointed Director for Information and Culture in Logar province. “They are part of the Special Forces. If anyone or any country tries to move against our interests, they will be used.” 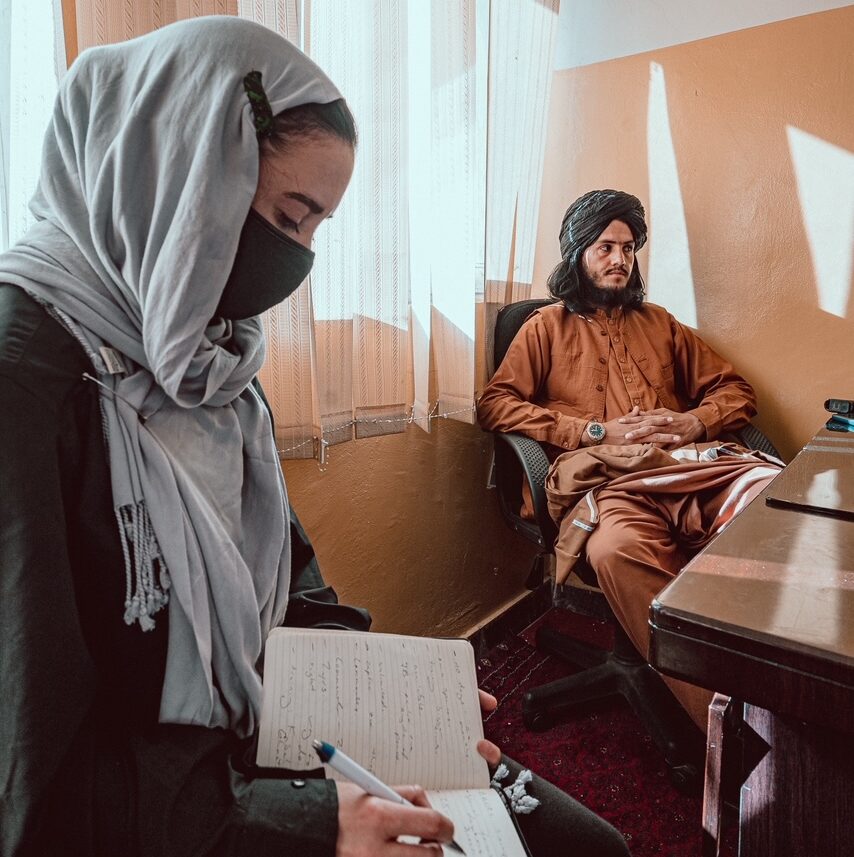 According to Mohajer, who joined the Taliban himself as a teen in 2004, explains that the process is a combination of psychological and military skills akin to any advanced army in the world.

“We provide them with all the equipment and facilities used in developed countries,” he continues breezily. “Earlier, we did the training anywhere, but since our takeover, we have facilities that the former government used.”

The Taliban, officially termed the Islamic Emirate of Afghanistan, steadily stormed through the beleaguered country of 38 million throughout 2020 as the U.S. prepared its final withdrawal. Then, on August 15, the force – armed with the top weaponry captured by fleeing government troops from surrounding provinces – took the capital of Kabul after former President Ashraf Ghani suddenly escaped the country.

Immediately after the power change, the Taliban’s most elite – and shadowy – unit known simply as the “Badri Command” quietly moved into a kindergarten on the edges of Kabul to continue the suicide school.

Picture books and pink toys still languish on shelves near the entrance and play equipment rusts beneath the burning sunshine. The patches of grass – which one can only imagine were weeks ago filled with the smiles of small children – have since been turned to dust, chillingly adorned with a bevy of American-made armored vehicles and weapons, ranging from the M240 and M16 carbines to body armor and camouflage uniforms strung over a swing-set to dry.

Hafiz Badry, a 29-year-old commander and native of Helmand Province, speaks ominously of the selection process.

“One has to have already done special actions,” he says sternly, his young face a map of wrinkles – clearly a product of years spent waging war deep in the Afghan mountains.

His fellow fighter, a 26-year-old unit leader by the name of Kari Omadi Abdullah, assures me that they continue to be deluged with young Taliban – a word that translates from Pashto to mean “student” – desperately vying for the chance to blow themselves to bits in the name of Islam and fighting for their country.

“They come begging and crying,” he continues in a low voice.

After selection, the specialized bombers undergo training that typically lasts between 40 days and two months, focused dually on preparing them physically to understand explosives and move undetected and then intense religious studies to ensure they are committed enough to pull off the life-ending mission. 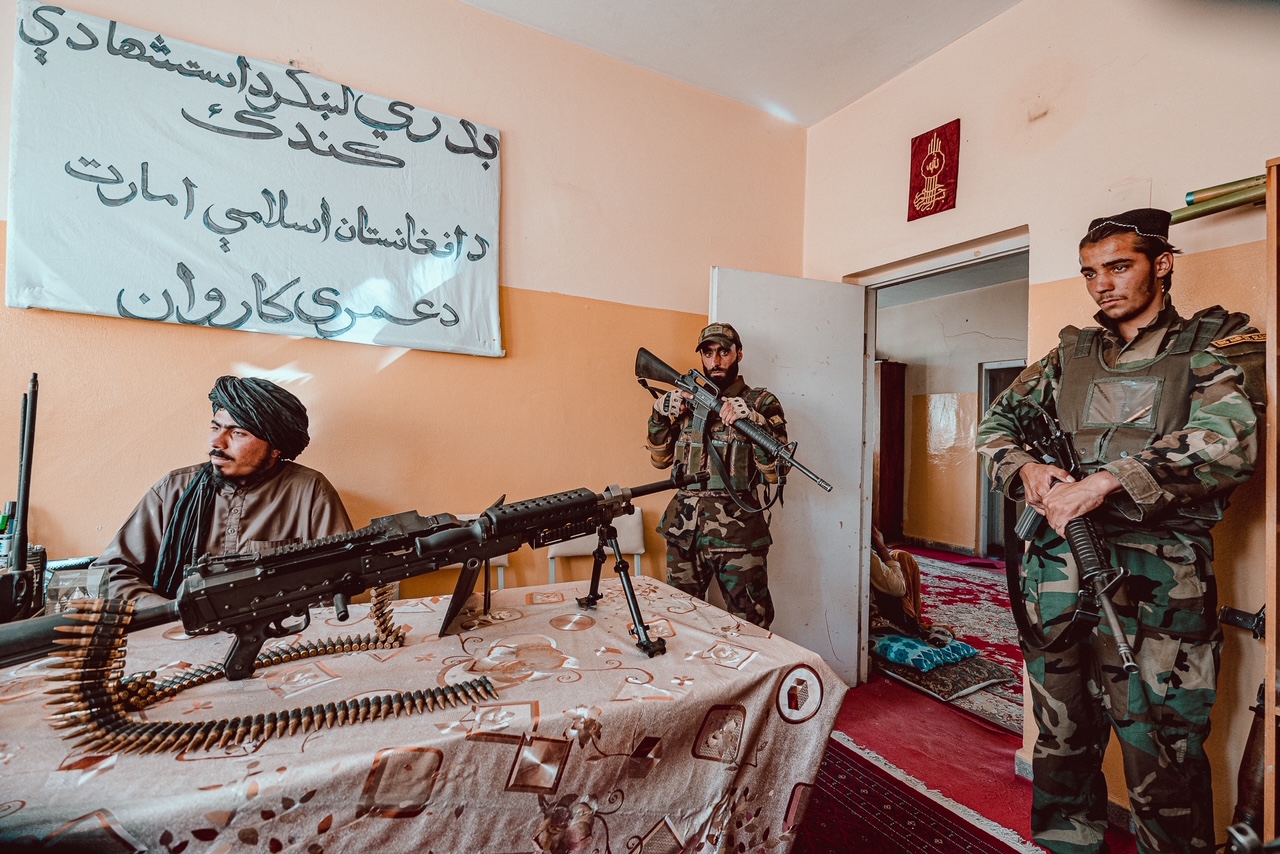 Generally, the suicide bombers stem from impoverished families and are mainly uneducated, recruited straight from madrassas on both the Afghanistan and Pakistan sides of the border. Throughout the now-shuttered “forever war,” the Taliban used such attackers to kill scores of Afghan forces, American soldiers, and ultimately, citizens caught in the conflict crossfire.

“The greatest thing about the Supreme Leader is that he gave his son,” a Taliban guard stationed in Kandahar also tells me of Afghanistan’s new leader and his former madrassa teacher, Haibatullah Akhundzada, who has led the Emirate from behind the veil of secrecy since 2016. “His son performed a suicide mission years ago in Helmand.”

The Badri men decline to give a number on how many Talibs are in the suicide schools but indicate that the number is well into the hundreds – if not thousands. They also tell me that the average age of the recruits is around twenty or above. Still, human rights advocates and security analysts have long cautioned that much of the group’s fighting ranks are considered “child soldiers,” which by international law is considered below the age of 18.

And like most Talibs, who took up arms with the insurgency to fiend off the American footprint and simply entered the battlefield without extensive training nor skill, Badry says with a shrug that he simply acquired an AK-47 and “got started.”

Yet victory, coupled with billions in U.S.-issued weaponry, have inspired the Taliban’s top-brass to turn their basic training into a more detailed process. Mohajer says their public recruitment process will begin any day. They are also urging the old Afghan National Security Forces – many of whom had fled the country or gone into hiding inside their homes – to bring their U.S.-trained skill back into the Taliban-controlled government fold.

He explains that part of the motivation process is the recalling of war stories amid the long and bitter fight against the United States.

“One night, I was staying in a garden, and there was a home nearby. The (Afghan) Special Forces and the U.S. and NATO jointly did a raid on the home. I could hear the screams of people. They were common people who had nothing to do with the Taliban,” Mohajer explains. “The next day, there was blood all over the walls… This is why we will fight. We will not allow others to ever use our land.”

Hollie McKay was an investigative and international affairs/war journalist and author of the book “Only Cry for the Living: Memos from Inside the ISIS Battlefield." She wrote this for InsideSources.