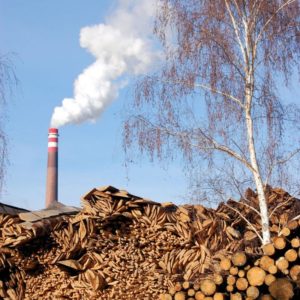 The Strange Bedfellows of Biomass Politics

It’s the politics of strange bedfellows in New Hampshire over biomass subsidies, where a Republican’s fight for lower rates is backed by environmental activists and the cause of cleaner air.

At issue is GOP Governor Chris Sununu’s veto of $30 million in annual ratepayer subsidies to six biomass power plants in New Hampshire. The subsidies have continued for years— a total of nearly $2 billion, according to former Public Utilities Commissioner Michael Harrington.  All because legislators have made the case that the 1,000 or so jobs related to these plants need to be protected, and that biomass is “green energy.” Jobs and green energy—politicians like Rep. Bob Giuda, (R-Warren) are counting on that argument carrying the day in Concord yet again.

Only this time they face a one-two political counterpunch: Free-market Republicans and environmental activists.

First, the jobs issue. Gov. Sununu has clearly and repeatedly made the case that, when it comes to New Hampshire workers, he’s on the right side of the biomass debate.

“As Governor, my job is to represent the 1.3 million people of New Hampshire—including the 150,000 who work in manufacturing,” Gov. Sununu told NHJournal. “If one manufacturer decides to leave this state due to high energy costs, that could be devastating to our economy.”

And with electricity costs in New Hampshire consistently 40-50 percent higher than the national average, the state is already struggling to compete.

The governor’s sentiments are echoed by the Taylor Caswell, Commissioner of New Hampshire’s Department of Business and Economic Affairs, who says manufacturers and large employers see the Granite State’s energy costs as a major issue.

“We’ve been forced into a situation where we deal with a lot of these high-end, commercial, industrial users on a case-by-case basis” when it comes to energy costs,” Caswell told NHJournal earlier this year. He also tells the story of a major employer in the state who pays a $3-million-a-year electric bill, but would pay a third of that if they moved to a southern state.

Is it worth paying higher rates to save a handful of jobs at the cost of the overall economy?  And would the subsidies even work? “Representatives from the biomass industry told me directly that they could not guarantee that their businesses would stay financially afloat, even with this taxpayer bail-out,” Sununu says.

Then there’s the issue of the environment where, according to Dr. Mary S. Booth of the Partnership for Policy Integrity, biomass is a two-time loser.

“First, it’s subsidized based on a totally false premise that it’s carbon neutral. It’s not carbon neutral,” Booth told NHJournal. “Add up all the carbon coming out the smoke stack from burning these trees, and then subtract the CO2 that’s being sequestered as those trees grow back, and then subtract out the CO2 you’re displacing from coal and gas that would otherwise be burned—all that together and you still have more CO2 released to the atmosphere,  because burning wood is so terrifically inefficient.”

According to Mike Ewall, Executive Director of the Energy Justice Network, Dr. Booth is being too kind. “Biomass is as bad as coal for the environment,” he says. “And it’s polluting the air for the citizens and the biomass workers themselves in New Hampshire.”

Ewall’s organization, Energy Justice Network, has released a report pointing out that the biomass facilities scheduled to lose their subsidies are some of the worst polluters in the state.  For example, in Coos County, biomass incinerators are responsible for 73 percent of the county’s industrial air emissions. In Carroll County, it’s 95 percent.

Without Gov. Sununu’s veto, he says, ratepayers will continue to subsidize more than half of the Granite State’s top 13 worst air polluters.

Dr. Booth adds another argument on behalf of Sununu’s veto: Money going to subsidize inefficient and environmentally-unfriendly biomass burning is money that could go to subsidize other, greener technologies. “Biomass is sucking up subsidies that compete with wind and solar,” she says. “I’m an environmentalist, not an economist. I don’t agree with much of Gov. Sununu’s overall energy policy. But I know that biomass is mistakenly viewed as a green technology and those resources are lost for other projects that really are carbon neutral.”

Booth accuses biomass backers of “refusing to read and understand the available data.  They just stubbornly insist that biomass is carbon neutral when there are tons of peer-reviewed studies proving that it’s not.” Booth herself published one such study earlier this year.

Gov. Sununu has explicitly focused on the cost side of the equation. Environmentalists, on the other hand,  hope forcing biomass to compete in the marketplace will create more pressure for (currently) costly wind and solar. So eventually these two allies will be on opposite sides of energy policy.

But for the moment, New Hampshire’s biomass bedfellows present a formidable political force in defense of Sununu’s vetoes. Voting to override the veto in favor of higher electricity costs is tough. Voting to support the state’s top polluters is, too.  Voting to do both?

That’s a lot for the biomass industry to ask. Especially in an election year.