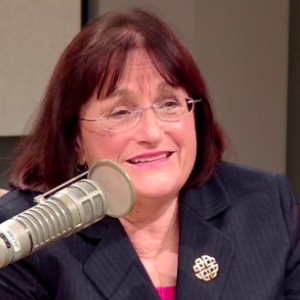 In the past, members of the New Hampshire congressional delegation have gone out of their way to denounce what they believed were offensive actions that occurred as far afield from the Granite State as Alabama, Virginia and the March for Life in Washington, DC.

But faced with repeated anti-Semitic statements by a fellow Democrat, Rep. Ilhan Omar (D-MN), they delegation has been completely silent, declining repeated requests for comment.  They maintained this silence even as the debate evolved from passing a resolution specifically condemning the representative and her comments (as Republicans did to Rep. Steve King of Iowa) to a watered-down, eight-page document decrying bad behavior in general, from anti-Catholic bias suffered by President Kennedy to the internment of Japanese Americans in WWII to allegations of racial profiling by police.

Nor did these Granite State Democrats speak out when the leadership of their own party made problematic statements:

Sen. Shaheen, Sen. Hassan, Rep. Kuster and Rep. Pappas had no problem calling out Judge Roy Moore or President Trump or a bunch of Catholic kids at a DC rally. Why are they silent now?

“What letter comes after [Rep. Omar’s] name?” a New Hampshire Democratic activist responded when asked by NHJournal. “Of course they’re not going to say anything.”

Their silence has not gone unnoticed.

“I took for granted as a result House Democrats would at least, at least make good on their plan to symbolically condemn anti-Semitism,” said Senate Majority Leader Mitch McConnell (R-KY) “I at least assumed a few pages of symbolism was not too much to ask.”

Charles Lipson, Professor of Political Science Emeritus at the University of Chicago wrote a piece for Real Clear Politics entitled “Democrats’ Troubling Silence on Omar’s Anti-Semitism,” calling it a “sad sign for America’s democracy that condemning anti-Semitism and its purveyors could divide a party and jeopardize its congressional leader. But that, alas, is the message Democrats send with their feckless silence over Ilhan Omar.”

“Silence in the face of evil is a sad spectacle. So is minimizing the outspoken bigotry repeatedly voiced by Rep. Ilan Omar of Minnesota.  But ‘cowering silence’ surely describes New Hampshire’s Congressional delegation and their response to Omar’s anti-Semitism. Total radio silence. To say nothing and then vote on a vacuous, compromise resolution that doesn’t even name Omar (whose comments are the reason this issue arose) is shameful. Their silence speaks volumes–and it says nothing good about the Granite State’s representatives.”

New Hampshire has a small Jewish population of about 10,000 people out of 1.3 million. Across the nation, Jewish voters tend to be loyal Democrats, backing the party by a two-to-one margin. So it could be the case that these leaders will pay no price for their silence at the ballot box.But when these same Democrats rise up to denounce alleged hatred or bigotry committed by Republicans, will anyone still listen?