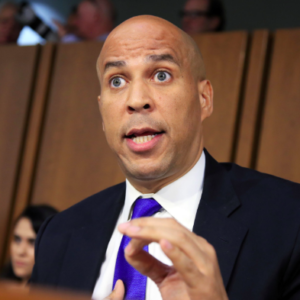 Does Death Penalty Repeal Signal the Return of ‘Soft on Crime’ Democrats?

Where is the line between “criminal justice reform” and being “for the criminal?” And are progressive Democrats about to cross it?

In New Hampshire, the Democratic-controlled legislature on Thursday repealed the state’s capital punishment law, overriding Republican Gov. Chris Sununu’s veto to kill the death penalty in the Granite State.  Their vote was celebrated by 2020 Democratic hopefuls like Mayor Pete Buttigieg, who said: “The death penalty as applied in America has always been a discriminatory practice.”

“The country would be fairer and safer if we joined the ranks of modern nations who have abolished it,” Buttigieg tweeted.

Across the border in Massachusetts, Sen. Elizabeth Warren is defending a judge who’s being prosecuted for letting a drug-dealing, repeat-offender illegal immigrant sneak out of her courtroom and evade an Immigration and Customs Enforcement (ICE) official waiting to take him into custody. Warren said “it was inappropriate” for federal prosecutors to charge the judge, while other 2020 hopefuls like Sen. Bernie Sanders (and until recently Sen. Kirsten Gillibrand) believe ICE should be abolished altogether.

Meanwhile, in New York City, 2020 presidential candidate Mayor Bill de Blasio just announced he wants to let more alleged offenders, including some charged with robbery or assault with a weapon, out on the streets without even having to make bail.  Staten Island District Attorney Michael McMahon calls the plan “unfathomable and outrageous.”

And across the country, progressives are pushing —and Democrats are embracing — a movement to allow incarcerated felons to vote, including (as Sanders infamously acknowledged at a New Hampshire town hall in April) the Boston Marathon bomber.

The days of Democrats fending off charges of being “soft on crime” are clearly over. Today, former prosecutors like Sens. Kamala Harris and Amy Klobuchar are forced to defend their allegedly tough-on-crime records as they run for their party’s presidential nomination.

But is this a smart way to win a national election?  Do Americans really want less law enforcement, more offenders on the streets and prisoners helping pick the next president?

According to the polls, no.

“In this field of 23 candidates, there are very few litmus tests that every Democrat must embrace. But if there is one, it’s a subscription to the belief that things like proactive policing policy and incarceration as reasonable responses to crime are just not right,” says Rafael Mangual of the Manhattan Institute.

“The [2020] Democrats are unanimous in their belief that American society over-incarcerates, is overly punitive, and that our criminal justice system is oppressive and racist,” Mangual told InsideSources.

He’s got a point. Just last year, when  Warren declared the American criminal justice system “racist from front to back,”  her college-campus audience cheered.   But polls show most Americans are far more moderate in their views of crime and punishment.

For example, while virtually the entire 2020 Democratic field opposes the death penalty, Americans continue to support it: 54 to 39 percent in a recent Pew poll, or 67 to 24 percent at ScottRassmussen.com.

The 2020 field is committed to cutting America’s “highest in the western world” incarceration rate, but in order to bring numbers down significantly, criminals convicted of violent offenses would have to be released —an idea that even the leftwing website Vox.com admits is a non-starter.

“Even the majority of liberals oppose reducing prison sentences for violent criminals with a low risk of reoffending: 55 percent oppose it, versus 42 percent who support it,” Vox writes.

“There is a large misunderstanding across America that a significant number of people in prison are low-level, nonviolent offenders serving time for drug offenses or petty theft, etc.,” Mangual says. “That’s just not true. More than half of all prisoners are in for one of a very few violent offenses.”

Nonetheless, Sen. Cory Booker’s backing something called the Reverse Mass Incarceration Act that would hand out money to states for reducing their incarceration rates by 7 percent over a three-year period, but without increasing their crime rates by more than 3 percent.

How many Americans would trade a 3 percent increase in rapes or robberies in their neighborhoods for a 7 percent increase in the number of violent prisoners released? About the same number who currently support Booker’s presidential bid: around 2 percent.

It’s hard to argue that Americans oppose the idea of criminal justice reform given President Trump’s support for the concept and his signing of the First Step Act. But as Republican consultant Dave Carney tells InsideSources, “While justice reform is needed in some areas, the Democrats are going full ‘Bernie’ and they are giving Republicans another effective message.”

Which may explain why many 2020 Democrats have stopped talking about the #AbolishICE movement they publicly supported last summer, and why few candidates are campaigning on Sanders’ platform of restoring voting rights to felons.

Even with New Hampshire’s reversal on the death penalty, 29 states still have capital punishment laws on the books. The good news for Democrats is that just 2 percent of Americans rank crime as their top concern.  But if progressives keep pushing an “empty prisons, open borders” agenda, voters aren’t likely to respond well.

“Their problem is too much ‘Rachel Maddow,’ not enough WMUR,” Carney said.