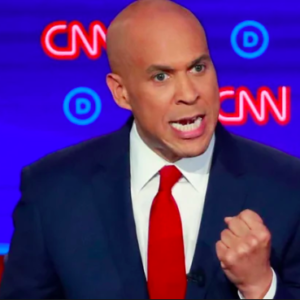 In the wake of the mass shootings in El Paso and Dayton, 2020 Democrats aren’t holding back in their attacks on President Trump or proposals for new gun laws. At the forefront is New Jersey’s Sen. Cory Booker, who released a gun control plan weeks ago calling for mandatory federal vetting of all gun owners by federal investigators, a ban on so-called “assault weapons” and a mandatory gun buyback program (aka “confiscation”) of guns that Booker’s plan would ban.  In a recent CNN interview, Booker would not rule out sending gun owners to jail for refusing to hand over lawfully-purchased guns later banned under his proposals.

In the emotional aftermath of deadly, senseless shootings, these ideas may resonate with voters today. But what about tomorrow? Or more importantly, in November 2020?  Are aggressive gun laws like federal licensing and confiscation winners for Democratic candidates?

“I’ve been around long enough to remember when people blamed Al Gore’s defeat in 2000 on the gun issue. It was considered a third rail of politics. We are long past that in the light of these tragedies. Gun control not only makes sense, but it is also good politics for Democrats,” Manley said.

“This past week’s three mass shootings make it even more urgent for Congress and the President to do something,” Demers told NHJournal in a statement. “People are scared. Most Americans are beyond frustrated that Washington refuses to act. Cory Booker’s gun violence plan is the most comprehensive of all the candidates, and it is in sync with where most people are on this issue. One thing we know because we are seeing it week after week, day after day— gun violence isn’t going away on its own. No more excuses, Congress needs to act.”

If you believe the polls, however, the answer is a solid “no.”  Sen. Booker’s passionate embrace of expansive gun control–and his acid attacks on what he called Trump’s “bullsh*t soup” on guns — feed the emotions of the moment.  However, polling data show support for some gun laws, like a ban on semi-automatic weapons, spikes immediately after a high-profile shooting, like Parkland or Sandy Hook. But as time passes, support for these ideas fades.

For example, just after the Parkland, FL shooting that killed 17 students, the percentage of Americans who named guns and gun control as the most important problem facing the nation hit a record high of 13 percent.  One month later, that number had fallen to 6 percent.  Over the past year, the percentage of Americans who said guns were their top political issue has remained steady at 1 percent.

“Americans’ focus on guns as the nation’s top problem has historically spiked, and then quickly dissipated, after mass shootings,” says Gallup’s Lydia Saad.

For 2020 Democrats, a federal ban on “assault weapons” is considered a moderate position. But in Gallup’s most recent poll, taken last October, Americans oppose such a ban 57-40 percent. The last time a majority of independent voters supported an “assault weapons” ban was 2004.

As for gun confiscation and mandatory buybacks, not only do Americans oppose a ban on all handgun sales (a far more modest proposal), but 48 percent of independents strongly oppose it. Nearly half of all Democrats, however, are on board.

Yes, large majorities support modest gun laws like closing the so-called “gun show loophole”  and/or universal background checks. But even the most hard-core supporters acknowledge that these laws would have had no effect on any of the high-profile mass shootings.  In fact, new research shows there are no laws on gun purchases that would have prevented most of the mass shootings in America. Why?

Researchers Jillian Peterson and James Densley studied every mass shooter in America going back to 1966. One of their findings:

“In 80 percent of school shootings, perpetrators got their weapons from family members, according to our data. Workplace shooters tended to use handguns they legally owned. Other public shooters were more likely to acquire them illegally,” they wrote in the Los Angeles Times this week.

Polling by Scott Rasmussen reveals another key fact about Americans’ feelings on gun control: even voters who support it don’t believe it will actually work.

“Ninety-two percent of registered voters nationwide believe there should be modest restrictions on the ability to purchase guns such as waiting periods and background checks,” Rasmussen reported on Monday. “However, just 38 percent of voters believe such modest restrictions would significantly reduce the number of gun-related deaths in America.”

From a purely political standpoint, Democrats are thus trapped in a gun control paradox. The policies that are popular–like registration and background checks–are also utterly ineffective; while the laws that might work–like confiscating guns or banning new sales–are wildly unpopular.

If Democrats follow Sen. Cory Booker off the extreme gun control cliff, they may feel great today. But they’re almost certain to regret it in 2020.