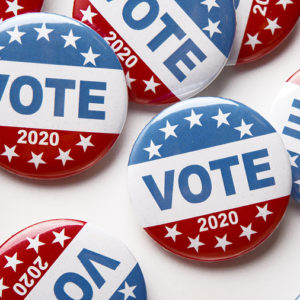 McGINLEY: The Election Was Not the Finish Line

The 2020 general election for state offices in New Hampshire brought many victories for candidates who support faith and families. In record-setting numbers, voters dictated a course correction after two years of radical policies promoted by House and Senate leadership with a highly progressive agenda.

In district after district, voters did their homework and chose servant leaders, including many who were endorsed by Cornerstone. That’s the kind of representation Granite Staters deserve. Now both the House and Senate have Republican majorities, giving Gov. Sununu the benefit of a party-aligned Legislature. But that is no guarantee of the legislative outcomes we want to see.

Now, the real work begins. It won’t be easy, after such intense effort during the recent campaign marathon. We know how hard everyone worked to connect with the constituents in their respective towns. How successful our newly elected state level candidates are will depend on their own commitment, hard work, as well as continued support from pro-family voters.

What you do today will set the tone for the next two years in Concord. Here are some things for the Christian citizen to consider as we move forward.

Charity in All Things

It continues to be a contentious political climate. Communication grounded in a charitable attitude is a key element of persuasion, whether you are communicating with your representatives or your neighbors. Whether on social media to your followers or in a phone call to a legislator, consider what your words and tone convey. Is your objective simply to vent anger or exert influence?

Encouragement, persuasion, and calm accounts of your own experiences will touch hearts. Anger, blaming, and accusations will not and are the quickest path to becoming irrelevant.

Avoid becoming too consumed and frustrated with the election process and outcomes at the federal level and think about what we can do now to take constructive next steps for New Hampshire. What you post today will affect how persuasive you will be when it counts in Concord. Will your neighbors see you as a hopelessly bitter partisan or as someone working for a better New Hampshire?

And, when it comes to posting, if newcomers to local social media looked at how you communicate your beliefs, would they recognize you as a Christian who believes in public service? Every public post is an opportunity to edify and encourage your neighbors and bring out the best in our representatives.

The result of the recent election was a massive shift in party control in the House, Senate, and Executive Council, all now Republican. Gov. Sununu now has a same-party majority with which to work, but we urge caution drawing too many conclusions from that fact.

But it is a start. Keep in mind that a party’s job is to elect party members. A party’s platform is a guide, but pressures to abandon principle can be strong, especially in today’s divided climate. As Cornerstone’s legislative team can attest, too many legislators elected on a pro-life, families-first platform ignore that platform once they’re in office. Your job is to ensure that principled officeholders lead the way and attain the legislative victories our state needs, then follow through.

Compromise and negotiation are part of the legislative process. At no point, however, may any legislator legitimately bargain away your rights of conscience and religious liberty. At no point may a Governor, regardless of party, count on your support for any such bargain.

Whether the vote is on a bill, a veto, or a state contract, constructive principles must prevail. If a party supports such principles, so much the better.

As a voter, you can help legislators keep an eye on the right priorities, understanding you are paying attention and holding them accountable for their promises.

Legislators who were victorious in the recent election are already filing legislative service requests (LSRs) for the 2021 session. Each LSR will eventually become a bill, with hearings beginning in January.

Your influence on legislation begins now. Make sure you know who your legislators are. Introduce yourself; make sure they know who YOU are and what matters to you.  The Cornerstone team will be working hard to monitor legislation and provide links for testifying and communicating with elected officials, so be sure you have signed up for Cornerstone’s legislative update emails.

2021 is a budget year. The governor will propose a budget, reflecting his priorities. Legislators are responsible for actually crafting a budget by the end of June. Hidden in the hundreds of pages will be certain items about which you’ll need to speak up. Cornerstone will keep a close eye on budget negotiations and provide updates.

2021 is also a redistricting year, when the House and Senate will redraw legislative district borders that will then be in effect for ten years. Where those decisions potentially impact Cornerstone issues, you can count on an update.

The Executive Council will carry out its responsibility for approving state contracts and confirming judges and department heads. Informed voters will make sure that councilors get good advice.

The recent election for state-level offices offers hope for greater citizen impact in the 2021-22 session in Concord. Many officeholders hold strong pro-family views, or are at least willing to give you a fair hearing when you contact them.

Begin now to build good relationships with your representatives. Uphold them in prayer, regardless of party. Even if a legislator’s attitude is hostile, respond with charity and confidence in your principles.

As you prepare for the upcoming session, remember that New Hampshire is a place where the most effective campaigning is neighbor-to-neighbor. Our remarkably large Legislature — 400 members of the House, 24 in the Senate — means that you are practically certain to encounter the representatives in your district as you go about your regular activities. Make the effort to get to know them.

This is true even in pandemic times. Smart candidates this year donned masks and went door-to-door. They knew that people were longing for conversations with neighbors, not political ads or mailers.

Let that set the tone for you. The election is over. Action on policy begins now. Step one: be a real neighbor to your elected representatives. Pray for them, and make sure they know you’ll support them when they put pro-family principles first.