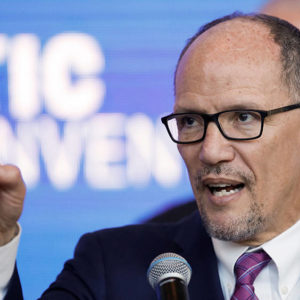 The Dems Debate Dance Card is Set. So How Did the DNC Do?

When the final line-up for the first Democratic presidential primary debates was released, there was a lot of low-level grousing in the press about the outcome, with Warren alone among the top five polling performers on the Monday night stage, followed by the Biden/Bernie/Buttigieg Beatdown on Tuesday.  Even though the DNC rules were weighted to avoid creating a “kid’s table,” the first night certainly looks like one.

“Four of the five top-polling candidates will participate in the second debate,” writes the liberal website Slate. “Elizabeth Warren, meanwhile, is stuck in the undercard.”

Conservative pundit Stephen Miller quips, “Warren’s people gonna go on the warpath on this one. It looks like an undercard debate.” 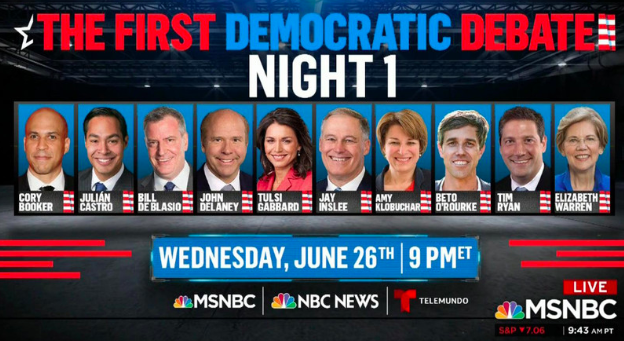 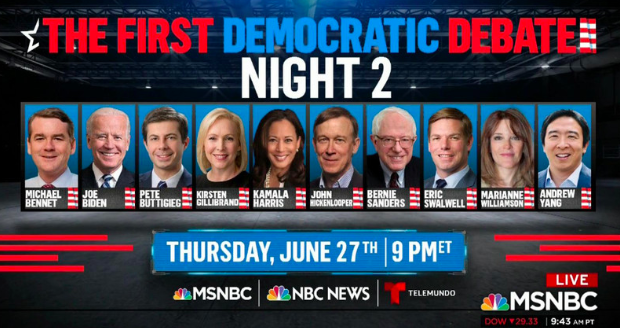 DNC chairman Tom Perez told MSNBC Friday that’s exactly what the party was trying to avoid. “The purpose of that is to be consistent with our principle of trying to be fair to everybody but also, it gets to the point of your question, so that we have maximum eyeballs both nights,” Perez said.

The DNC’s problem is that their previous misbehavior on behalf of Hillary Clinton in 2016 makes it nearly impossible for them to intervene today.  Sanders supporters are already on high alert for any sign of shenanigans. Ideally, the party would simply put, say, Biden and Bernie on one night and Warren and Buttigieg the next, intentionally spreading the top-tier candidates around.

Sullivan, who’s the Democratic Party National Committeewoman from New Hampshire, thinks that Warren’s first-night solo (sort of) appearance “is good for her, particularly if the moderators try to stir things up among the current poll leaders.”

Longtime Democratic strategist Jim Demers is happy with how events have sorted out, too.  “I think it will be exciting to see Cory Booker and Elizabeth Warren on the same stage because they are the two candidates who are most aggressively discussing key issues and both are waging the strongest on-the-ground campaigns in the early states,” he told NHJournal.

As for the final line-ups, Sullivan says they “look fine to me.”

“I just hope NBC doesn’t play favorites. They should give everyone equal time. If they don’t, then I will be angry.”

One more observation from the Washington Post’s Dave Weigel on the debate-stage scheduling:

“Sidebar on how the debates are good for Buttigieg: All the super-tall candidates (Beto, de Blasio, Inslee) are on another night.”