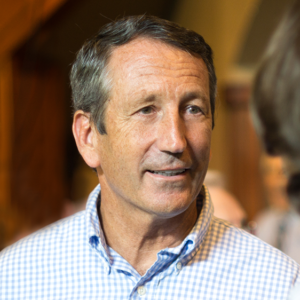 The Deafening Silence on Debt and Deficits in the 2020 Debate

A national debate is a terrible thing to waste.

On July 30 and 31, twenty of the Democrats running for president will participate in yet another four hours of political debate. If past is prologue, not one of them will mention the massive debt that hangs over our country and its future.

And, if things stay on script, President Trump will have something to say—or rather, tweet–about those debates, too. But none of his commentary will confront the surge in spending and debt happening on his watch.

This is not a coincidence.

Voters only have so much time and attention to give to political debates. They’re busy raising kids and paying the bills. Our leaders, and would-be ones, too, let voters know what their priorities are by the issues they choose to address.

And nobody in either party is addressing what I believe is the greatest single threat facing our nation today—our $22 trillion national debt, driven by our out-of-control spending. At the moment, we have big-spending Republicans and even bigger-spending Democrats in a conspiracy of silence.

I’m not upset with political leaders who disagree with my proposals on debt and spending. It’s the fact that this clear and present danger to our economic future is being ignored entirely that I find unforgivable. And it is why I am considering entering the 2020 race.

America’s debt burden is in danger of exceeding the levels we hit while fighting World War II.  Some dismiss this argument as fear-mongering, given that our current public debt is 80 percent of GDP but hit 106 percent at our war-debt peak. What they are overlooking, however, is the social safety net we now have.

If you compare apples to apples, today’s debt is not far off the record, given the enormity of these generational commitments. Such massive debt, while we are at peace, has driven our economic future into uncharted waters.

Ending the debate over the debt certainly hasn’t stopped it from growing. Quite the opposite. It’s now growing exponentially.

Because we’ve spent and borrowed so much, the fastest-growing part of our federal budget is interest on the debt. Even with today’s low interest rates, the costs of servicing our debt will triple over the next ten years. Interest payments are scheduled to rise to about a trillion dollars per year. In just three years we will spend more on interest payments than national defense.

The danger our federal debt poses is even greater because it sits atop a powder keg of global debt, which is at its highest levels ever. The world added another $60 trillion of debt in the wake of the 2008 financial crisis – a crisis that was itself caused by too much debt.

I see these numbers and, like many Americans, I want to shout about it from the rooftop. So why aren’t the 2020 candidates even talking about it?

The conventional political wisdom is that debt, deficits and spending just don’t matter anymore. Debt and deficits are dismissed as a “1990s” issue, which is why the government can spend so much without sparking a public reaction.

I believe the conventional wisdom is wrong. The reactions are coming. It was Newton who said that for every action, there is an equal and opposite reaction. Unprecedented levels of debt and spending are almost certain to be followed by downward changes that make historic averages real. Our only question is whether those changes will be driven by political decision or by the financial markets.

Markets don’t do politics. They do cold, hard math. And all too often the people hit hardest when the bill for impossible political promises finally gets paid are the hardworking members of the middle class. Average Americans sense this, and so many people I talk to have an uneasy feeling about how this unprecedented level of debt and spending will ultimately work out for themselves and those they love.

They deserve to know what the people running for president plan to do about our debt, deficits and spending. But none of the many presidential candidates will have to answer that question until somebody asks it.

Until somebody does, the two political parties will just keep outbidding each other to buy votes today with money taken from the Americans of tomorrow—our children and grandchildren.

I believe those future Americans deserve a voice in the 2020 political debate. So far, the silence has been deafening.