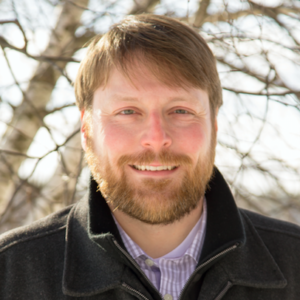 NHJournal has invited all of the candidates in the First Congressional District Democratic primary to make their “final pitch” for your votes. We’ve also asked all of them to answer the same three questions to shed a little light on their character and, perhaps, have a little fun. You’ll find them below.

I was born into a family of dedicated public servants: a family of soldiers, firefighters, teachers, and dedicated UNH employees.  Public service is my family’s calling and I followed in that tradition.

I was also born into a family of dedicated Democrats. I grew up hearing stories in which the heroes were FDR, Harry Truman, James Michael Curley, JFK, RFK, and LBJ.  These were liberal Democrats who understood that the role of the party was to act as a counterbalance on behalf of the people against the overwhelming power of Corporations, Wall Street, and Special Interests. Unfortunately, now our party is run by Rockefeller Republicans and Corporate Democrats.

Hope is not lost, though. We can avoid a disaster in November by actually BEING Democrats and refusing to nominate compromised candidates. This means electing candidates that:

These policies represent a coherent vision for our nation. A vision where the many without are not merely tools for the few with plenty. This is the defining struggle of humanity. All our supposed “rights” are merely the illusion of rights without economic security.  As long as international greed controls every aspect of our lives, we will never be free.

As a combat veteran who has fought America’s enemies abroad, as a prosecutor who has made us safer here at home, as a father of three, as a gun owner, and a hunter, I am not susceptible to the usual Republican attacks that Democrats are weak, un-American, anti-family, soft on crime, anti-gun, and a bunch of snowflakes. Without the benefit of those well-worn attacks, they will have to fight me on the issues and they will lose. They will lose because the voters agree with us on the issues and they are just waiting to be lead back to their ancestral home in Our Party by someone who speaks their language.  I am that candidate and I ask for your vote on September 11!

1:  Where did you go on your first date?

My wife and I happen to both be huge horror movie fans, so we went to see the movie Sorority Row.

2: If someone hit the “play” button on your iTunes Player/CD player/phonograph, etc—what song would play right now?

“The First Time” by U2 from their album Zooropa

3: You’re leaving on a mission to Mars, never to return. You can have one last meal on Earth—and it’s in New Hampshire. What is it?

At Newick’s, I start with the Original Clam Chowder and my main course is Double 1 1/4 boiled lobsters with french fries.  I then drive to Johnson’s in New Durham for ice cream: Cookie dough in a sugar cone. Finally, I have a night cap at Lone Wolfe Brewery in Wolfeboro sipping on Jalapeno IPA and Farmhouse Ale.