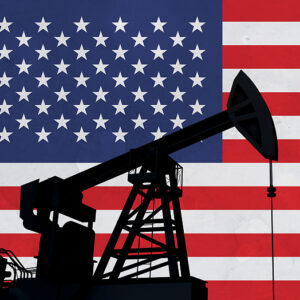 TELLER: Restoring Energy Independence Is the Key to Defeating Bidenflation

In just 18 months, President Joe Biden has transformed America from the world’s top producer of oil and gas into an energy desert. Biden has been waging war on American energy since his first day in office. He bent the knee to international bureaucrats by rejoining the Paris Climate Accord, bowed to environmental extremists by canceling the Keystone Pipeline, and shut down oil and gas lease sales from our vast public lands and waters. It should come as no surprise that gasoline prices have nearly doubled since the day Biden took office or that inflation has skyrocketed as a result.

In 2022, conservatives have a once-in-a-lifetime opportunity to save America from decline and decay brought on by progressive policies and to build a true governing majority that could last for generations. But in order to win, conservatives must unite our movement around a bold, forward-looking agenda that offers a clear and compelling choice to the American people.

That’s why Advancing American Freedom, the advocacy group founded by former Vice President Mike Pence, has developed a detailed Freedom Agenda with the help of more than 50 of the brightest stars in the conservative movement.

The Freedom Agenda provides a clear roadmap for conservative leaders and candidates to proudly embrace fundamental truths the left deems heresy. It is built upon the belief that Americans want to create more economic opportunity, restore American leadership on the world stage, and are proud of traditional American culture and want to preserve it.

The Freedom Agenda encourages conservatives to embrace policies that will not only restore energy independence but the unprecedented American energy dominance achieved under the Trump-Pence administration.

First, the Freedom Agenda calls for expediting permits and approvals for oil and gas production as well as pipeline construction and expanded drilling on federal lands. America has more than enough energy under our own soil to power our prosperity, without relying on hostile nations like Russia.

Second, conservatives should work to eliminate mandates, regulations, and special tax breaks that put a thumb on the scale for politically favored energy sources over other forms of American energy. There should be no market-distorting government subsidies for any energy source. Likewise, conservatives should fight policies that discriminate against technology that uses American energy – like coal and petroleum – and favor energy technology that relies on resources from foreign countries, like minerals from China and Congo to make the batteries for electric cars.

Finally, conservatives should facilitate the export of American liquified natural gas through fast approvals of export terminals. By doing so, we can help our friends in Europe become less reliant on Russian gas imports and impose an even higher cost on Russia for its criminal invasion of Ukraine.

Today in America, what’s at stake is not just the outcome of future elections–what’s at stake is the very survival of the American nation. In 2022 and beyond, the American People will choose more than which party controls their government. Voters will decide whether their children and grandchildren stand tall as citizens of the freest nation on earth, or whether they are forced to live in the economic, moral, and spiritual poverty of socialism.

With the forward-looking Freedom Agenda, conservatives can secure the energy necessary to power our prosperity and build a bigger, broader, and bolder majority that lasts for generations to come.

Paul Teller is executive director of Advancing American Freedom. He wrote this for NHJournal.com.