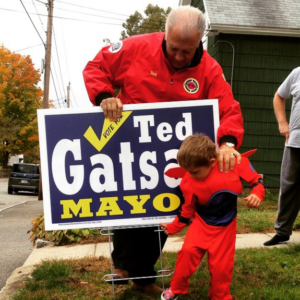 Manchester’s municipal elections aren’t until next November, but the rumor mill is already churning with the names of potential challengers to popular Democratic incumbent Joyce Craig. Thursday morning, a local Republican dropped the biggest name of all:

In a public Facebook post, Alderman Joe Kelly Lavasseur, a frequent and outspoken critic of the Democratic mayor, speculated that Gatsas will run to reclaim his old seat.

“After watching the city he loves being run into the ground by the worst mayor in Manchester history, former mayor and current Executive Councilor Ted Gatsas will be running for mayor to reclaim his old seat,” Lavasseur posted on his Facebook page.

Sources close to Gatsas tell NHJournal that while his heart is with the city, Gatsas plans to remain on the Executive Council.

Still, a group of Manchester Republicans and Gatsas supporters like Lavasseur believe that if there’s enough pressure from the grassroots, the former mayor could be convinced to come back to City Hall.

And Greg Moore, state director for Americans for Prosperity New Hampshire, tweeted out a reminder that it’s possible for Gatsas to do both.

“Bernie Streeter served as both Mayor of Nashua and Executive Councilor in 2000,” Moore wrote. “So why not?”

“I think it would be [bleeping] fantastic,” said Matt Mayberry, a longtime NHGOP activist and former candidate for Congress. “He knows economic development, he knows how to keep neighborhoods safe and he won’t sugarcoat the homeless issue. He’ll go after it.”

“I will line up to be his first volunteer,” Mayberry added.

Others weren’t as quick to back a potential Gatsas run, instead reserving their support for Craig’s previous opponent, Victoria Sullivan.

“I like Executive Councilor Gatsas, but if Victoria Sullivan runs again, she has my help and full support,” Mike Biundo said in a FB post. Biundo’s firm — RightVoter — ran Sullivan’s campaign for mayor last year.

“If Victoria decides to hop into the ring for a rematch against Craig, I’ll be in her corner,” Derek Dufresne seconded. Dufresne is also with RightVoter.