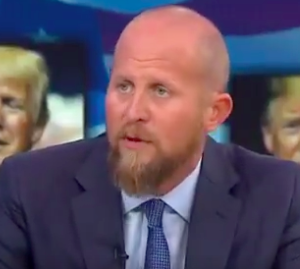 Team Trump Says New Hampshire’s In Play. Are They Right?

On Face The Nation this weekend, President Trump’s data-guru-turned-campaign-manager Brad Parscale listed New Hampshire among the states he believes the campaign can flip in 2020.

“I plan to have direct contact with 40 to 50 million voters by Election Day,” Parscale said. And, he said, by microtargeting the sort of voters who tend to support Trump — blue collar, not college educated, older, rural — he believes he can pull some states into the win column in 2020.

“I think New Mexico is in play in 2020. I think New Hampshire,” Parscale said. “I think we continue to grow the map. I think Nevado. Even Colorado.”

“In every single metric we’re looking at being bigger, better and badder than we were in 2016,” Parscale said.

Of course, it’s a campaign manager’s job to be optimistic.  But is flipping New Hampshire a serious possibility for the Trump campaign?

“I am clearly in the minority, but I believe Trump can win here. Trump has already shown he can perform well here by coming within 2,730 votes in 2016. We have an extremely popular Governor in Chris Sununu who will also be on the ballot with President Trump next year.

“Plus we have a booming economy and we’re safer than any time since the 9/11 attacks. There is no good reason to turn away a successful sitting President,” Dennehy says.

Perhaps. But the data are less promising.

Morning Consult releases a monthly poll of Trump’s standing in all 50 states. President Trump hasn’t been above 44 percent approval in New Hampshire since May 2017, nearly two years ago. Just as important, Trump’s disapproval hasn’t been below 50 percent, either. His latest Morning Consult number: 42 approve, 55 percent disapprove.

Those numbers are similar to other polls over the past 12 months from NHJournal, Suffolk, NHIOP, Gallup and ScottRasmussen.com. Perhaps the most troubling indicator: NHJournal asked New Hampshire voters if they wanted America to move toward Socialism. They said no by a 20-point margin.

However, when those same voters were asked to choose between re-electing President Trump or “a Democrat who embraces socialism,” the socialist wins — beating Trump 52.5 to 47.5 percent.

Is a state where voters would rather embrace a Socialist than re-elect Trump a realistic target for Republicans?

NH Democratic Party chairman Ray Buckley doesn’t think so. “Every penny Trump spends in New Hampshire on such a fool’s errand is money not spent in a winnable state,” Buckley tells NHJournal. “No GOP presidential nominee has received 50 percent or more since 1988 when the NH Republicans were strong and NH Democrats were disorganized – the opposite of today. No poll has shown Trump with a 50 percent approval in NH since his election,” Buckley says.

“It doesn’t matter where Trump has been in the polls the past year, it’s where he’ll be by the time the Warren and Sanders campaigns finish pounding on Joe Biden,” says Massachusetts-based GOP consultant Patrick Griffin. “Like 2016, 2020 will not be about Trump, it will be about the Democratic nominee and how unsustainable that messenger will be in the national election.”

“Take Trump and invest long,” Griffin recommends. “He flips New Hampshire and will likely flip others. Parscale is right!”

Political science professor Wayne Lesperance of New England College, on the other hand, describes Parscale’s comments as “aspirational, and there’s nothing wrong with that. He points out that New Hampshire has been “reliably purple and moving toward blue for the last few election cycles.”

The last GOP candidate to carry New Hampshire was George W. Bush in 2000.

However, Lesperance doesn’t believe New Hampshire is beyond the pale. “At the end of the day, it all comes down to the Democratic nominee and whether their candidate is too progressive for the more moderate Granite State voter.”

Emerson University pollster Spencer Kimball is also focused more on the Democratic nominee than Trump’s weaknesses. “In our polling in February, Trump trailed Biden and Sanders by about 10 points but was within a point or two of all the other candidates.

“And don’t forget that Trump actually outperformed Mitt Romney in all of the New England states except Massachusetts,” Kimball notes.