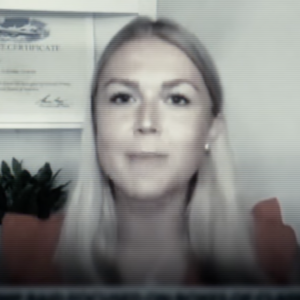 New Hampshire residents have lately been assaulted by a crush of political ads attacking GOP candidates—an assault that even the most innocent of bystanders cannot have missed.

A recent mailer by the NH Democratic Party melodramatically proclaimed, “It’s time to shine a light on Don Bolduc’s extreme anti-abortion beliefs,” suggesting the Republican senatorial candidate’s endorsement of an extensive federal ban on the procedure. The visual pun is consummated by a grim-looking picture of Bolduc, dimly illuminated by the ray of a clipart flashlight.

Even more unavoidable are the accompanying TV, internet, and radio ads harping on roughly the same chord. And Republican 1st Congressional District candidate Karoline Leavitt has likewise been subjected to similar attacks.

The problem? Both candidates completely denounce the claim.

Indeed, even Chris Pappas—incumbent congressman and Leavitt’s Democrat opponent—has recently admitted to the materially misleading content of his campaign ads against Leavitt. In a September 28 interview on WGIR’s “NH Today,” Pappas confessed there is no evidence that his challenger explicitly supports a nationwide abortion ban, contradicting his other published claims. As a defense, he asserted that Leavitt ought to “be clearer” on the issue, despite her rather noted position in favor of a state-by-state solution.

While the ads targeting Bolduc make some effort at providing sources for their assertions, the proffered citations are unclear and often contradict the record of his public statements. For instance, while the Democratic Party advertisement attributes his support of a “national [abortion] ban with no exceptions for rape, incest, or health” to “WMUR 5/9/22,” only six days earlier Bolduc had issued a statement on the leaked draft opinion in the U.S. Supreme Court’s Dobbs case, saying:

“We must understand that this opinion does not outlaw abortion. It returns the decision to the individual states to make the decision they think is best for their citizens. Here in New Hampshire, our state has already passed our own laws well before this court decision. That is precisely how the Founding Fathers intended our constitutional republic to function.”

As with Leavitt, Bolduc has subsequently affirmed the consistency of his state-centric position both through his primary victory and to the present.

In the 2nd Congressional District, the state GOP has gone so far as to lodge a Federal Election Commission complaint alleging campaign mailers designed to attack its nominee Robert Burns were both misleading and unattributed (i.e. they did not include the standard “paid for by” disclaimer).

Although the latter complaint may have legs, there is no legal remedy for ads that mislead or outright lie. Woe unto us.

Of course, the mendacity does not stop at abortion. In a September 27 fact-checking piece, even the liberal Washington Post decried the efforts of Democratic campaigns to perpetuate “a nonexistent GOP plan” to “end Social Security and Medicare.” A theme that has also featured prominently in the deceptive NH attacks.

The strategy at work here is manifest. Unable to confront their political failings evinced by annihilating inflation, rising crime, and radical social upheaval, the local Democratic Party is embracing a national tactic that concentrates on a meager smattering of one or two divisive topics.

Accordingly, we may assume that Democrats will continue to concentrate on these topics, even if they have to lie.

D. S. Dexter Tarbox, Jr. is a Conservative political commentator. He wrote this for NHJournal.com.