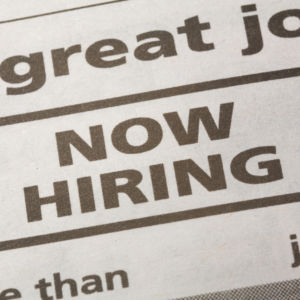 New data analysis of unfilled jobs confirms what many Granite State employers have known for months: New Hampshire is one of the most challenging places in America to find workers.

The data company Wallethub measured two metrics—the rate of job openings for the last month and the rate over the past 12 months—to rank states based on unfilled jobs. Alaska has the most significant labor shortage, an ongoing issue in that remote, rural state. Georgia ranked second and New Hampshire third.

The state also has the third-highest median household income (based on 2020 data) at $88,235, just behind Maryland and Washington, D. C. Add in the state’s 2.5 percent unemployment rate, and having a tight labor market is hardly a shock.

“New Hampshire has its own supply chain problem for labor,” said Andrew Cline, president of the Josiah Barlett Center for Public Policy. “Our economy has produced thousands of job openings, but the supply of employees hasn’t kept up. A major factor is our critical housing shortage. It’s one more sign that local governments need to stop messing around and allow a lot more home construction.”

Bruce Berke with the New Hampshire chapter of the National Federation of Independent Businessmen told NHJournal he is not surprised by the findings. “New Hampshire ranks high in this category for a variety of reasons — some good, and some frustrating.

“The good reasons include how Gov. Chris Sununu managed the pandemic, enabling New Hampshire to emerge quickly when the virus slowed. And the governor and state legislature continue to advocate for policies that make New Hampshire more attractive for business development than our neighboring states here in the Northeast,” Berke said.

And what’s the frustration?

“Housing,” Berke said. “There is not enough housing, and what we do have is priced out of the market for many workers. The business community is anxious to see if the governor’s $100 million housing effort can begin to address the problem. But in the short term, the housing issue will continue to persist.”

Sununu has made housing one of his highest priorities, laying out the same arguments regarding workers and housing costs. On April 13, he announced his $100 million “InvestNH Housing Fund” to encourage the private sector to create more housing.

“Our InvestNH Housing fund will incentivize towns to build more housing, break down barriers at the local permitting level, and grow our economy, our tax base, and bring businesses in,” Sununu said at the time.

“New Hampshire is the beneficiary of many employers who are growing and moving here.  That’s the good news.  The bad news is that we are struggling to get the workers here to fill the jobs they need.  The place where these employers should start is by convincing the roughly 80,000 people who go to work in Massachusetts every day and getting them to stay here and help grow our economy right here.”