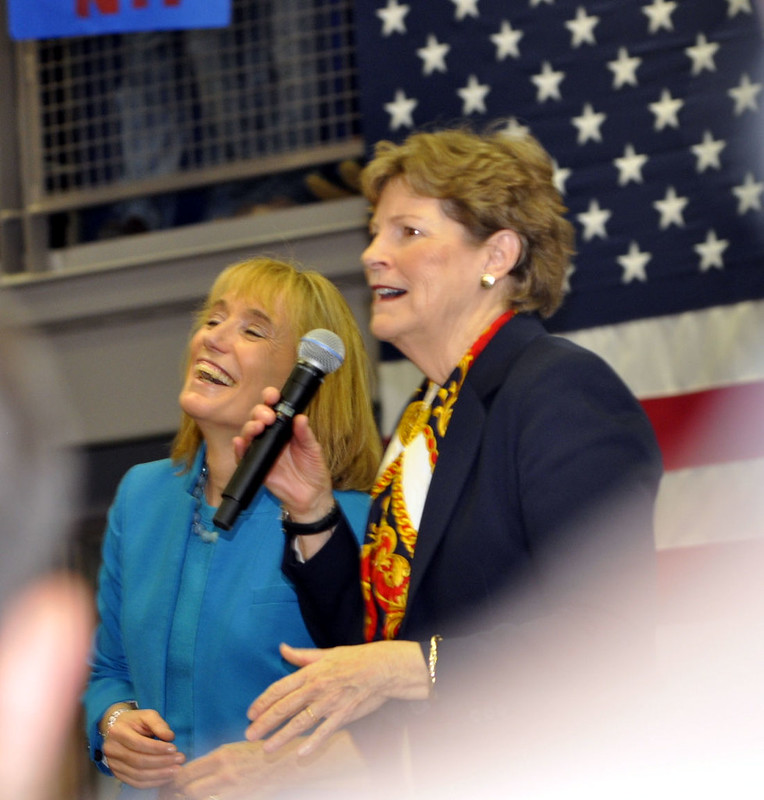 When Senate Majority Leader Chuck Schumer (D-N.Y.) announced he was bringing the Women’s Health Protection Act (WHPA) back up for another vote, Sen. Maggie Hassan quickly responded on Twitter.

It was not a surprise. Hassan and her Granite State colleague Sen. Jeanne Shaheen were among the four senators who introduced the legislation last June, according to a statement posted on her website. And she already voted in February in a failed attempt to bring the bill to the Senate floor.

What might be a surprise to most New Hampshire voters, however, is what is actually in the WHPA. Among other things, the legislation Hassan helped introduce would:

“WHPA will essentially legalize abortion throughout all nine months of pregnancy and undo every state law that has protected children in the womb,” according to the group Democrats for Life America.

And unlike many controversial issues where Hassan is careful not to articulate a clear, specific position, on the WHPA her stances — supporting abortion at any point during a pregnancy, without parental consent for minors, and forcing people of faith to participate in them — is in writing. And she voted with a majority of her fellow Democrats to bring the WHPA to the floor for a vote in February.

The same with Rep. Chris Pappas, who voted with every Democrat except one to pass the WHPA last fall.

While polls consistently show Americans say they oppose overturning Roe v. Wade, polls also show only a small percentage of Americans support abortions in the final months of pregnancy. Since 1996, Gallup has found more than 80 percent of Americans oppose third-trimester abortion, which would be a federal mandate in every state under the bill Hassan introduced and Pappas helped pass.

And a 2021 University of New Hampshire poll found Granite Staters support some restrictions on abortion vs. unlimited abortion on demand 58-38 percent.

During a radio interview with Jack Heath Thursday about the prospect of the U.S. Supreme Court overturning Roe v. Wade, businessman and academic Vikram Mansharamani echoed the view of most Americans, based on polling data.

“If you look at the topic of abortion, you take a commonsensical non-political perspective I think, most would agree that a late-term abortion, partial-birth abortion, third-trimester abortion is not acceptable,” said Mansharamani, who is running in the GOP U.S. Senate primary. “I don’t think there’s a lot of people who think that is worth pursuing, but that is where Maggie Hassan and the Democrats are.”

The New Hampshire Democratic Party has been sending multiple press releases daily on the abortion issue since Justice Samuel Alito’s February draft of an opinion overturning Roe was leaked Monday night. They believe staking out a no-restrictions stance on abortion will help them motivate younger voters who tend not to turn out in midterm elections.

President Joe Biden, whose poll numbers are lower than any other post-war president at this point in a presidency, has strongly embraced this issue. “The idea that we’re going to make a judgment that is going to say that no one can make the judgment to choose to abort a child, based on a decision by the Supreme Court, I think goes way overboard,” he said Tuesday.

His message for the midterms: “It will fall on voters to elect pro-choice officials this November. At the federal level, we will need more pro-choice Senators and a pro-choice majority in the House to adopt legislation that codifies Roe, which I will work to pass and sign into law.”

The question is whether turning the November election into a referendum — not on general attitudes about abortion, but a specific law like the WHPA to mandate unrestricted abortion — will motivate more pro-choice liberals or pro-life conservatives?

Both Hassan and Pappas are polling underwater with New Hampshire voters. Their big problem is independents, where they have a 20-point approval deficit. Based on polling about how these voters view the difficult issue of abortion, staking out an extreme position on late-term abortion, parental consent and personal conscience may not be the best way to get those voters back.