Sununu Not Sold on Wendy Long Senate Bid: ‘Sounds Like a Carpetbagger’ 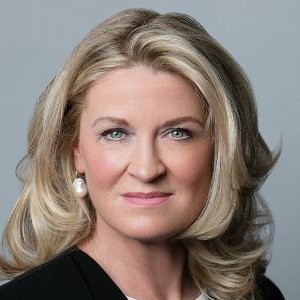 If Wendy Long decides to jump into the already crowded GOP primary race for the U.S. Senate, she’ll do so with two landslide losses in previous Senate races on her record, allegations she attended the January 6 Capitol Hill riot, and her embrace of debunked claims Donald Trump actually won the 2020 election.

And she is not likely to have Gov. Chris Sununu’s support, either.

Long has been floated as a possible candidate by Corey Lewendowski, an advisor to former President Trump. According to Lewandowski, Trump is not thrilled with the current field and Long could theoretically snag his endorsement if she enters the fray.

Last week, Jack Heath asked Lewandowski about reports he was promoting Long’s candidacy. The consultant declined to answer directly, but he did call her “exceptionally intelligent.” And, he noted, “New Hampshire has a history of sending women to Washington, D.C. There’s an argument to be made that a strong female candidate may have a better chance of defeating Maggie Hassan than any of the candidates in the field.”

“I don’t know who that person is,” Sununu said. “I don’t know this Wendy Long. She doesn’t live here. That sounds like a carpetbagger from New York.”

Later in the show, Long called into Heath’s program, clearly reacting to Sununu’s comments and ready to respond.

“He doesn’t know what he’s talking about,” Long said. “I do live in Keene and he doesn’t know my history. His father does. Gov. Sununu senior was a great help to us when some of us had some problems at Dartmouth College. Anyway, I look forward to getting to know the governor.”

Long told Heath she is seriously considering a run, but she has not made up her mind. If she does, she would be the sixth candidate, joining state Sen. President Chuck Morse, R-Salem; Kevin Smith, former Londonderry town manager; crypto-businessman Bruce Fenton; retired Brig. Gen. Don Bolduc; and Lincoln entrepreneur Vikram Mansharamani.

Long grew up in Keene and attended Dartmouth College before embarking on a legal career. She earned her J.D. from Northwestern University School of Law and also attended Harvard Law School. She served as a law clerk at U.S. Supreme Court for Justice Clarence Thomas.

Long said her first job in politics was as press secretary for New Hampshire’s Republican Sen. Gordon Humphrey. She got that job after being recommended by Jeffrey Hart, her English professor at Dartmouth.

Long’s time at Dartmouth has followed her career for good or ill, starting with her work at “Dartmouth Review,” the Ivy League college’s conservative newspaper co-founded by Hart. In 1990, Long, then known by her maiden name Wendy Stone, and fellow student and “Dartmouth Review” trustee Dinesh D’Souza, were forced to call a press conferee to apologize for publishing a quote from Adolf Hitler on the Jewish holiday Yom Kippur.

The Dartmouth Review printed the following line from Hitler’s book “Mein Kampf” as part of the paper’s statement of principles: “Therefore, I believe today that I am acting in the sense of the Almighty Creator: By warding off the Jews, I am fighting for the Lord’s work.”

The pair blamed an unnamed staffer for putting in the quote without their knowledge, and they suggested it was an act of sabotage against the conservative publication, according to an Associated Press report.

D’Souza, a controversial figure even in the conservative community,  made headlines in 2014 when he pleaded guilty to a felony count of making an illegal campaign contribution to Long. According to court records, he arranged for $20,000 in illegal donations for Long’s 2012 campaign against Sen. Kirsten Gillibrand (D-N.Y.) At the time, Long said she did not know about those illegal donations. She garnered just 26 percent of the vote.

Long again ran for Senate in 2016, that time against Democratic Senate leader Schumer. She lost with 27 percent.

During that campaign, she met with the leader of the Oath Keepers, Stewart Rhodes. Rhodes is currently charged with sedition for his role in the Jan. 6, 2021 attack on the U.S. Capitol.

“Thank you Stewart (Rhodes) for founding this whole organization,” Long said in a speech to the Oath Keepers. “I am running against one of the greatest enemies of the Constitution, Chuck Schumer, in the United States Senate. He’s an enemy not only of the Second Amendment which you know of course everyone knows he’s the face of the anti-Second Amendment movement, which by the way is in great peril.”

The Anti-Defamation League describes Oath keepers as “right-wing anti-government extremists who are part of the militia movement.”

Long’s own words about Jan. 6 seem to place her at the Capitol that day. In a group chat among former Justice Thomas clerks leaked to The Washington Post, Long wrote:

“Many of my friends and I had been praying our knees off that January 6 would see light and truth being shed on what we believe in our hearts was likely a stolen election… Many of us marched peacefully and yes, many also prayed and shared another important message, ‘Jesus saves.’”

Long moved back to Keene earlier this year, and Lewandowski notes many of the Granite State’s most successful politicians were not born here. And she has a reputation as an outspoken conservative activist who has helped engage grassroots Republicans.

If Long can win the nomination, she could have a shot against Hassan, whose polls have been underwhelming at best and whose sudden swing to the right on immigration and oil production has angered the progressive base. In the latest UNH poll, Hassan was tied with or losing to the relatively unknown candidates in the GOP primary.