When It Comes to Water Infrastructure, Sununu Attempts Balancing Act 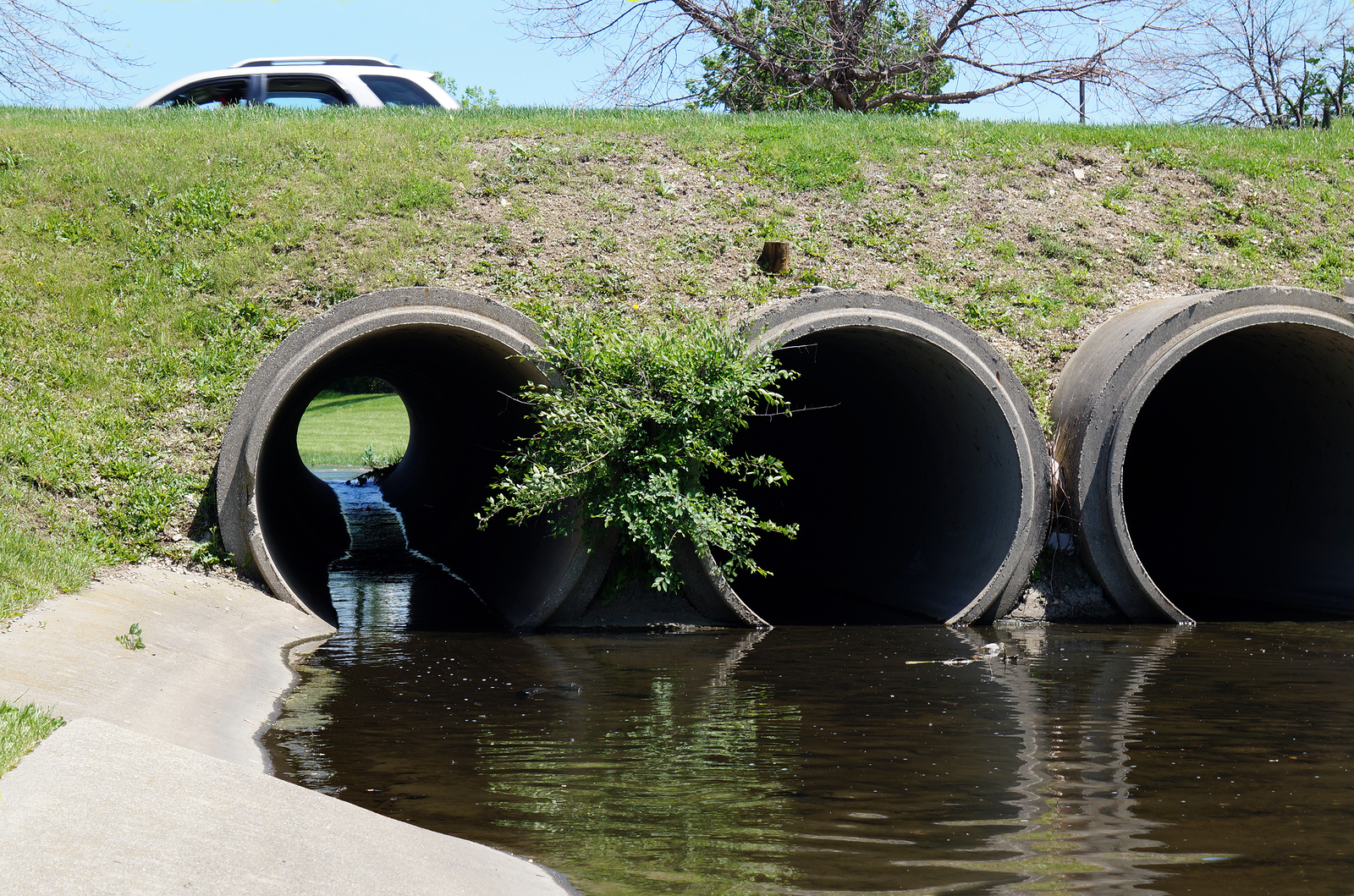 Gov. Chris Sununu pushed for right-to-work and for a repeal of a required permit to carry a concealed weapon, but he’s also advocating for an issue that’s not often discussed — improving New Hampshire’s water infrastructure.

It’s something Sununu hopes to accomplish during his two-year term, and he’s starting by focusing on safe drinking water and regulations on stormwater runoff. Yet, it’s a difficult issue to navigate. In order to tackle water infrastructure, he needs to balance U.S. Environmental Protection Agency (EPA) regulations, concerns from environmental advocacy groups, and the cost on municipalities and taxpayers.

For Sununu, a key part of water infrastructure is safe drinking water. Senate President Chuck Morse, R-Salem, introduced Wednesday an amendment that would allow for a loan from the Drinking and Groundwater Trust Fund to assist in connecting homes with contaminated water in Amherst to the public water supply.

“Clean drinking water is a top priority for all Granite Staters, and today I’ve submitted a proposal to help leverage MtBE settlement funds to ensure homes contaminated with drinking water are connected to local, clean water supply,” he said in a statement. “This legislation I’ve proposed today would make use of the trust fund resources by sending $5 million to DES [Department of Environmental Services]. These funds would be loaned to Textiles Coated International, Inc. in order to provide homes and businesses affected by PFOA [perfluorooctanoic acid] in Amherst, New Hampshire the ability to connect to the public water supply.”

The drinking water and groundwater trust fund, which has more than $250 million in it, was created last year after the state’s successful court case against Exxon-Mobil over groundwater contamination caused by the gasoline additive MtBE.

Morse’s amendment is likely to be attached to Senate Bill 57, which would make appropriations to the DES for the purposes of funding eligible drinking water and wastewater projects under the state aid grant program. The bill has been “laid on the table” in the Senate Finance Committee and is expected to be picked up again.

Sununu immediately applauded the initiative saying the Drinking Water and Groundwater Trust Fund should be used as an asset to ensure public health safety and provide funds for water infrastructure projects.

“There is no more important display of public trust than each time we, as citizens, turn on our faucets — a trust that our government has done its job in ensuring clean water for us and our children,” he said in a statement. “This is an excellent example of a prudent use of the Trust Fund, as the legislative and executive branches are working together to employ existing expertise and responsible corporate citizenship to solve a real problem.”

The Granite State has had a serious problem with high PFOA levels, especially in southern parts of the state. A recent Department of Health and Human Services report on 322 people who participated in their perfluorochemicals (PFC) blood testing program found PFOA levels that are twice as high as the national average. PFCs have been used in industrial applications and consumer products for several decades, including food wrapping, carpeting, metal plating, and firefighting foams, according to the EPA website

“At high concentrations, certain PFCs have been linked to adverse health effects in laboratory animals that may reflect associations between exposure to these chemicals and some health problems such as low birth weight, delayed puberty onset, elevated cholesterol levels and reduced immunologic responses to vaccination,” states the EPA site.

Sununu is very adamant about ensuring there is safe drinking water across the state, mentioning its importance in his budget speech. He also reiterated this in an interview with New Hampshire Public Radio after his remarks.

“We’ve seen what happened recently in Detroit; we’ve seen what’s happened in other parts of the country,” he said. “We can’t let that happen here. I’ve asked Senator Morse to lead the efforts and not just put $1 million or $2 million out but really unleash the power of the $300 million fund and start addressing this issue not tomorrow, not with more studies and blue ribbon commissions, but start unleashing this money today to look at how we address our public-water system, address the contaminated wells that we have, and really put significant dollars out there so that a slight problem of today doesn’t become a crisis of tomorrow.”

Although not directly related, Sununu has also been a strong advocate for rolling back unnecessary regulations, including environmental ones, that could have an impact on stormwater runoff for cities and towns — it’s all part his plan of working on New Hampshire’s water infrastructure.

“There are communities that get their drinking water from the Merrimack River,” he told NH Journal. “There is no question that stormwater pollution flows into that river. What impact that has on the public water supply system is an important question, but also a very site specific question.”

Still, some residents are concerned about Sununu cutting back regulations and the impact that could have on drinking water and stormwater runoff. In the same NHPR interview, he responded to one of the listener’s concerns about rolling back regulations. He said his goal with that is to not have too many regulations hurting businesses in the state.

“When we talk about the regulatory burdens, we’re talking about the burdens that businesses face and issues like that — not so much with the drinking-water issues that we have,” he said. “So we have to take very careful precautions when we talk about breaking down regulations – that’s more in the business sector. We’re going to be very vigilant about making sure that we’re protecting drinking water. We’re going to unleash some funds and get people the services they need.”

Sununu is so serious about cutting regulations that he sent a letter Friday to EPA Administrator Scott Pruitt on the “overly burdensome” municipal storm water discharge permit that could be costly for municipalities.

The EPA’s regulations — known as the Municipal Separate Storm Sewer System, or MS4, permit — fall under the authority of the federal Clean Water Act. New Hampshire is one of only four states, including Massachusetts, in which the EPA, rather than a state environmental agency, is responsible for setting and enforcing Clean Water Act stormwater rules.

The MS4 permit was updated on January 18, two days before President Donald Trump took office and Sununu said they were “more stringent and wide ranging” than the previous one.

“We rarely trust in our government as much as when we turn on the water tap expecting clean water,” Sununu wrote in the letter. “That being said additional mandates within the new MS4 will prove themselves overly burdensome and enormously expensive for many New Hampshire communities. Even if these federal mandates disappeared tomorrow, New Hampshire would not cease to keep our waters clean.”

The Trump administration, including Pruitt, has repeatedly said it wants to roll back regulations at the EPA. Pruitt has not indicated if he plans to roll back the MS4 permit regulation.

Municipalities like Dover, Portsmouth, and Rochester have said the cost of implementing the new regulations would be significant, over $1 million, and could fall on taxpayers to help pay for all of it. Rochester indicated it could spend up to $25 million on updating its city water infrastructure to comply with the regulations.

Irwin said some of these cost estimates were “unbelievable.”

“Some of the numbers we have seen are somewhat unbelievable,” he said. “I don’t know exactly how they [Rochester] got to a $25 million figure. There seems to be a case of exaggeration taking place. It’s hard to fathom how they got to some of those numbers.”

Irwin said the new regulations are an improvement on the previous one, but they are still enough to tackle all the problems with stormwater runoff pollution. He said his organization filed a petition in the First Circuit U.S. Court of Appeals because they believe the regulations need to go further.

“We certainly hope that the new administrator [Pruitt] does not interfere with the new permit that was issued,” he said. “It’s very concerning with a new administrator that there’s a new feeling for environmental protections to be weakened.”

Sununu asked Pruitt to visit to see how these regulations would impact New Hampshire communities.

“I know that by listening to those on the front lines, we can illustrate our desire to balance sensible regulations with local freedoms and responsibilities,” he wrote.