The Similarities Between Frank Edelblut, Betsy DeVos Are Not Surprising 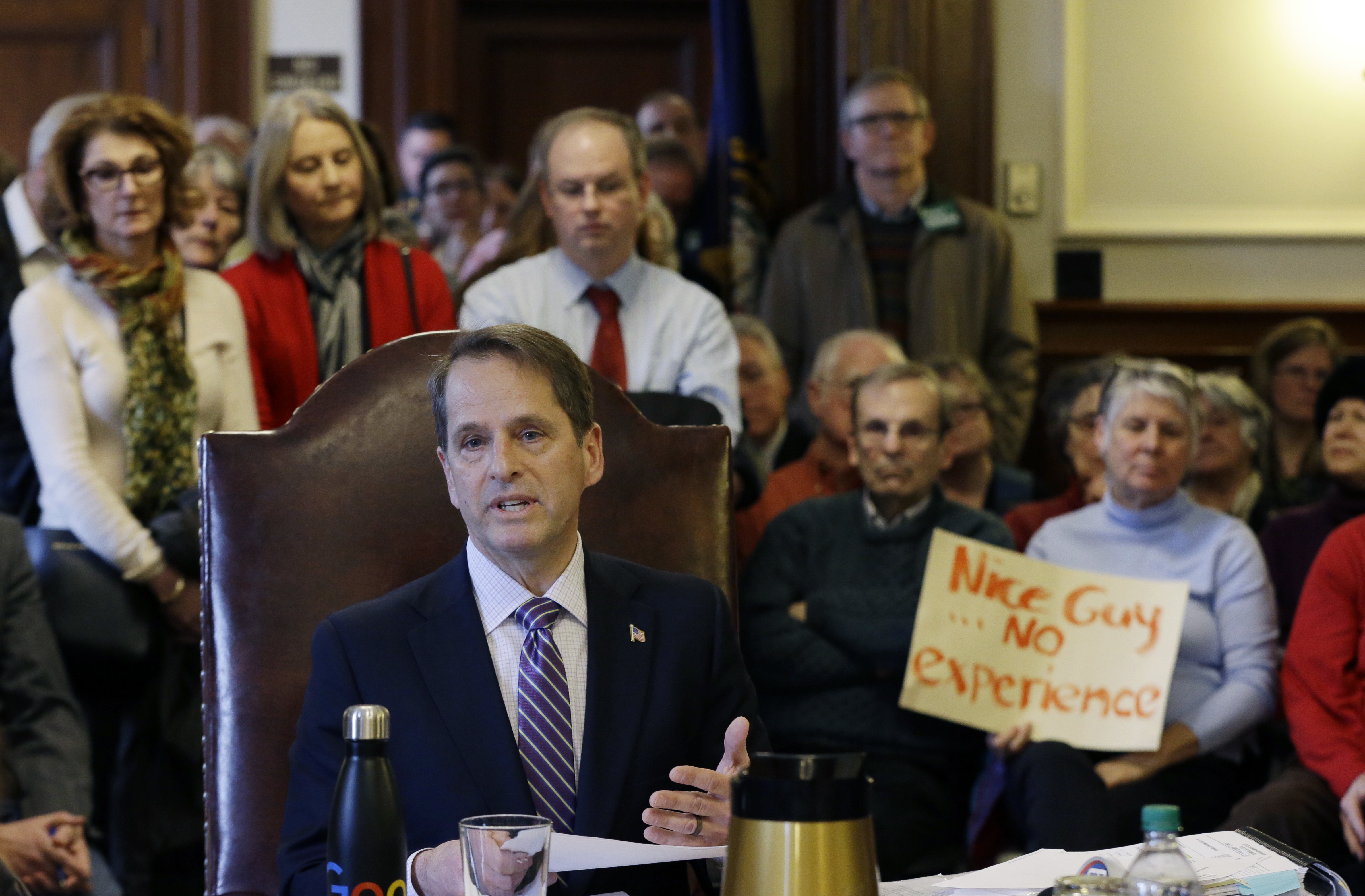 During the seven-hour hearing for Frank Edelblut’s nomination as the state education commissioner, there were several comparisons of the former state representative to Betsy DeVos, President Donald Trump’s pick for secretary of education.

Edelblut is to NH as DeVos is to US. We can do so much better on both levels. #nhpolitics

Both DeVos and Edelblut have little experience with the public school system. They are both strong supporters of school choice.

While Edelblut is a product of public schools himself, he and his wife homeschooled their seven children. Edelblut did receive his bachelor’s degree in business at a public institution, the University of Rhode Island, and eventually received a master’s in theological studies at the Holy Cross Greek Orthodox School of Theology.

Since 2009, Edelblut has served on the board of the Patrick Henry College Foundation, which is partnered with the evangelical Christian college in Virginia. This affiliation became a contentious point during his hearing between Edelblut and Democratic Executive Councilor Andru Volinsky of Concord. According to the college website, affiliates of the school must attest to a “Statement of Biblical Worldview” and follow “God’s Creative Works,” which is the belief that God created humanity and started with Adam and Eve as the basis for human ancestry.

Edelblut said he believes “there are other understandings of human origins.”

“And finally, as the commissioner of education, I will not have jurisdiction or responsibility for the development of curricula,” he said. “That I believe remains in the domain of the science teachers and the local school boards.”

And that’s where advocates for Edelblut believe that his lack of public education experience could be one of his biggest strengths.

With Gov. Chris Sununu’s nomination of his former Republican gubernatorial primary rival (Edelblut came in a close second, only losing by about 800 votes), it signals a departure from previous state education commissioners, who all had some sort of public education experience. It was a point Volinsky wanted to make, by reading the resumes of every education commissioner for the past 40 years.

But Sununu doesn’t want another career educator in the driver’s seat. He wants Edelblut, a businessman, to be in charge of this billion dollar industry. Many opponents don’t like that he’s against Common Core and is pro-charter schools. And they say he’s looking to “destroy public education.”

“Nothing could be further from the truth,” he said. “I want to see public education work well for all students. My job will be to implement the policies of the state board of education.”

The state board of education sets policy, curriculum, and standards for the public schools in the state. While the state education commissioner plays a role in the process, it’s ultimately not up to him to make those decisions.

“Home education is personalized learning,” he said. “It recognizes that each individual student is unique, that they develop differently and at different paces.”

The same sentiments could be found in DeVos’s confirmation hearing earlier this month.

“Parents no longer believe that a one-size-fits-all model of learning meets the needs of every child,” she told the Senate Committee on Health, Education, Labor and Pensions. “And they know other options exist, whether magnet, virtual, charter, home, faith-based or any other combination.”

DeVos attended a private high school in Michigan and also received a bachelor’s in business from Calvin College. Her four children all went to private school and although she has never worked in a school, she is very philanthropic toward school systems that she personally supports. She backs school choice and school vouchers, allowing students to attend private schools with taxpayer support.

DeVos has been one of the most contentious cabinet nominees for Trump. But it can be argued that Trump and Sununu are looking at education in a similar manner. Trump sees DeVos as a strong advocate for school choice and able to use the budget for the education department to make education better for all students.

Both DeVos and Edelblut don’t necessarily have that much power when it comes to changing policy in the positions they will likely hold. They help set the agenda, but ultimately, any changes go through Congress and the states, and in New Hampshire, that means through the state board of education and the Legislature.

It’s no surprise that Trump and Sununu are facing a lot pushback on their respective nominees for education. After all, Sununu was one of Trump’s supporters during the presidential race, his support never wavering. But many supporters of the two politicians appreciate the comparison of Edelblut and DeVos. They both symbolize change and a departure from the Democratic “status-quo,” they have felt for the past eight years in D.C. and 12 years in the Granite State.

The people of New Hampshire should expect more similarities between the federal government and New Hampshire (or with Sununu and Trump) to pop up during the next two years.