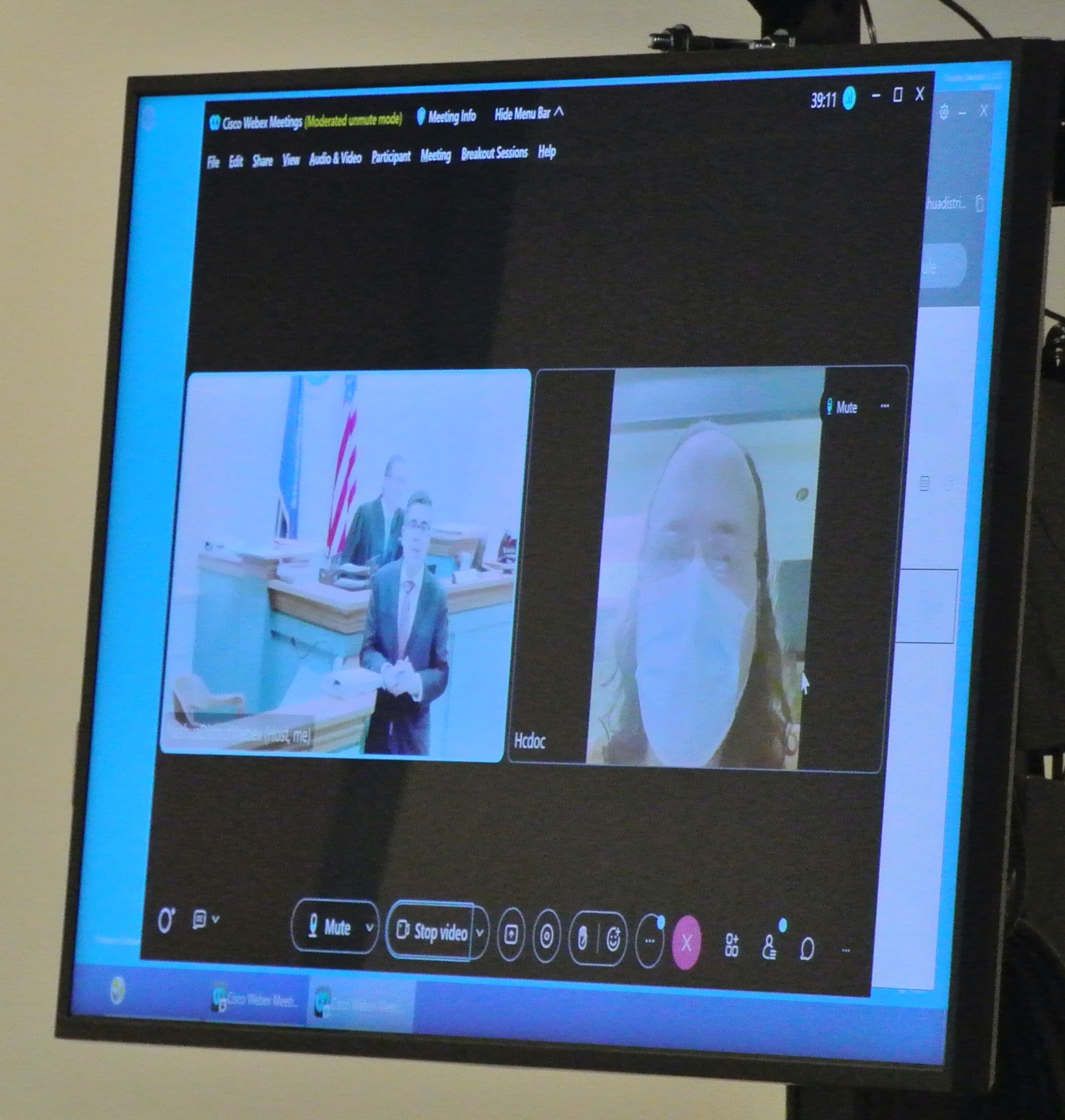 State Rep. Stacie Laughton (D-Nashua) will remain in jail as her attorney negotiates a plea agreement in the criminal case alleging she serially harassed a Hudson woman.

Laughton, New Hampshire’s first elected transgender state representative, is not leaving Valley Street Jail in Manchester until at least Dec. 22, the date of her next hearing. Her attorney, Elliot Friedman, told Judge John Curran he hoped to have a resolution to the numerous criminal charges worked out with prosecutors in the coming weeks.

“We are negotiating a resolution,” Friedman said.

Laughton’s continued custody complicates Democratic hopes of wresting control of the House of Representatives from the GOP. With a razor-thin 201-198 GOP majority in the House, control of the body and the outcome of the secretary of state election on Organization Day (December 7) will come down to attendance.

Laughton is accused of repeatedly violating orders to leave a Hudson woman alone as well as charges of stalking, criminal defamation, and making false 911 calls. Laughton is already facing jail time after she pleaded no contest this summer to charges of making false 911 calls about the same victim. Prosecutors have told the court they plan to ask for the imposition of the suspended nine-month sentence brought in that case.

Laughton is being held without bail on the grounds she presents an ongoing danger to the community and the alleged victim. She was under court orders to leave the woman alone when she allegedly continued her campaign of harassment that stretches back to 2019.

Laughton’s status hearing, held in the Nashua District Court on Thursday, left the troubled state representative in jail pending the plea negotiations. Laughton appeared in court via video feed from Valley Street Jail. Laughton offered little comment during the brief hearing other than to object to the presence of media in the courtroom.

“I object to the press,” Laughton told Curran. “I will give interviews, but I figure right now this is a personal matter I need to deal with without the pressures of the press.”

Curran denied her objection, stating there is no reason to keep the press out of an open court proceeding.

Laughton could technically still travel to Concord for Organization Day, legislative sources said. New Hampshire’s Constitution bars police from stopping representatives from attending sessions at the State House. The question is, how badly do Democrats want her there?

Laughton’s disturbed behavior has been apparent for years before she won office as a state representative in 2020. She was convicted in 2008 of credit card fraud for stealing from a person in Laconia. Laughton was then charged in 2015 for calling in a bomb threat at the Southern New Hampshire Medical Center hospital in Nashua. Those charges were later dropped as Laughton claimed she was suffering from a mental health crisis at the time.

Laughton won a seat for state representative in 2012 but was forced to resign soon after her 2008 credit card fraud arrest became public. Despite pressure from the Democratic Party, Laughton tried to run again to fill the seat in a special election after her resignation; that bid was cut short when it was deemed she was legally ineligible for office at the time since she was still technically serving her suspended sentence for the felony credit card fraud case.