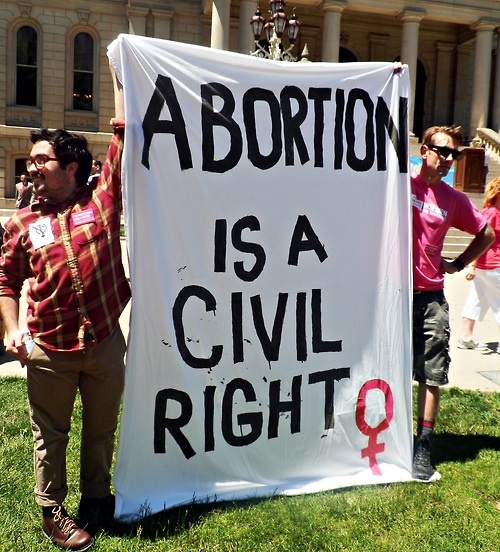 New Hampshire Democrats are using abortion cases before the U. S. Supreme Court to renew their push for unrestricted abortion access in the Granite State.

“We are at a crisis moment for abortion rights: The threat to the constitutional right to an abortion has never been greater in our country. Six months from now, abortion could be illegal in half the country,” said Kayla Montgomery, vice president for public affairs at Planned Parenthood New Hampshire Action Fund.

The Supreme Court held oral arguments on Wednesday as it considers whether the state of Mississippi can ban abortion at 15 weeks. The court previously heard arguments on the Texas law banning abortion at six weeks, and a decision on that case is pending.

It’s possible the court could overturn either the 1992 Casey decision or the 1973 Roe decision, both of which restricted the right of voters to pass laws regulating abortion. Some court watchers believe they heard Chief Justice John Roberts suggest a way to leave the Mississippi law in place without overturning Roe.

A decision is expected in June.

Gov. Chris Sununu, a self-described pro-choice Republican who supports upholding Roe v. Wade, signed a 24-week abortion ban when he approved the state budget. The ban was forced into the budget bill by House conservatives who threatened to derail the legislation over the ban. He has since said he supports removing the requirement that all women seeking abortions be required to undergo an ultrasound first.

According to Cornerstone, a non-partisan, non-profit Christian advocacy organization, the description of the ultrasound as mandatory is inaccurate.

“Under the act, performing an abortion without an ultrasound will only be punished in one situation: where there is a “substantial risk” that the child is at least 24 weeks old. In any other circumstance, the provider can skip the ultrasound and face no penalties under the act,” the group says in a fact sheet on the new law.

Asked about the Mississippi case this week, Sununu told NHJournal he wasn’t paying attention to it and does not believe Roe will be overturned.

Devon Chaffee, executive director of the ACLU of New Hampshire, said if the Supreme Court ends Roe, abortion in New Hampshire is still legal for the first six months. Chaffee and Montgomery stood with state lawmakers on Wednesday promising legislative action to make sure abortion stays legal no matter what happens in Washington.

“Unfortunately, it is no longer an option for us to count on the U.S. Supreme Court to protect our reproductive rights,” said state Sen. Rebecca Whitley, D-Contoocook. “Now is the time to take proactive action to protect abortion access in New Hampshire.”

Democrats want abortion rights codified in state law, and they are pushing to undo the 24-week ban and return to the policy of unrestricted legal abortion at any point in a pregnancy.

All the members of New Hampshire’s congressional delegation came out in support of upholding Roe on Wednesday, as well as the federal effort to make sure abortion rights are protected from the Supreme Court. Rep. Chris Pappas said the Women’s Health Protection Act, supported by all members of the delegation, will codify Roe as federal law.

“We can no longer count on the Supreme Court to defend Roe and be the backstop as they have been – in this new era it’s up to us to fight back,” Pappas said.

Supporters of overturning Roe v. Wade have long argued that abortion should be regulated by the democratic process as Pappas suggests, not a court’s ruling.

“This is one of the most extreme abortion bans in the country and it would take us back to almost 50 years ago,” Hassan said.

“The currently pending Supreme Court cases challenging abortion law in Mississippi and Texas are not going to have any legal effect on our law in New Hampshire,” McGinley said. “Our law prohibits abortion at six months, not 15 weeks (Mississippi) or six weeks (Texas). Those trying to link New Hampshire’s moderate law with these other states are ignoring the facts.”

Both major Supreme Court abortion decisions, Roe and Casey, allow for states to restrict abortion at some point in the pregnancy. Even those restrictions are considered loose compared to most developed countries, which set the limits at 12 to 15 weeks for elective abortions.

McGinley said Democrats are engaging in misinformation to push for complete, unrestricted access to abortion.

“Planned Parenthood’s position and messaging is predictable in its attempt to cynically sway public opinion,” she said. “With every elected branch of government in New Hampshire led by Republicans, not by Planned Parenthood, there is no reason why we shouldn’t be able to protect a law with absolutely no impediment to abortion access in those first six months, but that does balance that access with commonsense protections for the late-term pre-born.”

Are Progressives Catching BetoMania in the Granite State? 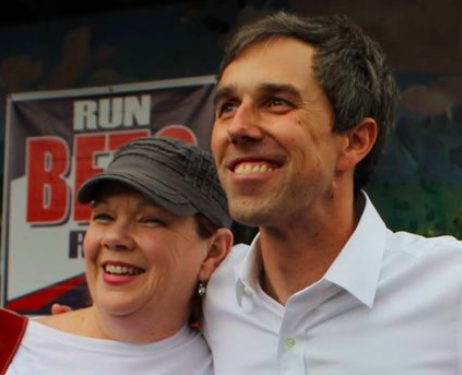 Is there really a bout of BetoMania spreading through the New Hampshire Democratic party?

Democratic Party activist Jay Surdukowski sure hopes so.  The Concord attorney has been pushing for the Texas congressman, Senate candidate, and political phenom to make his way to the Granite State.  Thus far, Rep. O’Rourke (whose real name is Francis Robert) hasn’t responded to any of the invitations from New Hampshire, but the conversation alone is generating news at Politico and CNBC.

So, is O’Rourke a real player in New Hampshire? The obvious–and obviously true–answer is that it’s way too early to say. “There’s a lot of chatter and a lot of buzz about a lot of people,” one Democratic insider told NHJournal. “Have I heard Beto’s name? Sure. I’ve also heard Kamala Harris, Joe Biden, Cory Booker, Sherrod Brown.  Most New Hampshire Democrats are waiting to meet these people, look them in the eye, watch them campaign.”

On the other hand, how many of those people have fans posting Facebook pages about them? Or have political activists in New England start a PAC (“Draft Beto 2020”) to encourage them to run?

And then there’s the fact that, despite being a political unknown just a year ago, Rep. O’Rourke is near the top of (very early) polling for the Democratic nomination, ahead of big names like Warren, Harris and Booker.

This weekend, Rep. Tulsi Gabbard–who has actually talked about possibly running in 2020— is coming to New Hampshire to talk to voters. And yet it’s safe to say that more Democrats this week will be talking about the outgoing Congressman from Texas than the incumbent Congresswoman from Hawaii.

Why? In part it’s because O’Rourke is a legitimate political talent.  Jeff Roe, Sen. Ted Cruz’s campaign manager, said after his candidate’s narrow victory over Beto: “The Democrats don’t have anybody like him,” Roe said. “I’ve seen all of them. They don’t have anyone of his caliber on the national stage. I pray for the soul of anyone who has to run against him in Iowa in 453 days.”

But it’s also more than that. O’Rourke is a talented progressive politician, at a moment when the party’s base is hungry for progressive leadership.  Bernie Sanders hit the right notes, but voting for Bernie was voting for the progressive platform alone. O’Rourke brings the Left’s ideology, but adds charisma, skills and–let’s face it–sex appeal.

“Beto is exciting, he’s articulate, he’s passionate,” New Hampshire progressive activist and broadcaster Arnie Arnesen told NHJournal.  “But he also used his time in the limelight to speak to the future. So even though he was running against one of the most hated Republicans there is, he didn’t use that fact as an excuse to moderate his message or soften his agenda.”

Not everyone agrees. Chicago Mayor and former Obama Chief of Staff Rahm Emanuel responded to the Beto craze this way:

“If Beto O’Rourke wants to go and run for president, God bless him, he should put his hat in and make his case. But, he lost. You don’t usually promote a loser to the top of party.”

“I think Beto O’Rourke has a few interesting options. Some people would like to see him run for President, others think he is in a very strong position to challenge John Cornyn for the Senate seat in Texas in 2020,” Demers told NHJournal.

“Regardless, I hope Democrats will take the pledge not to devour each other in the presidential race and to stand united when the nominee is selected. The goal is to change the occupant in The White House, period.”

Are New Hampshire Democrats ready to give that job to a guy from Texas? Whose entire political resume is three terms in Congress and a losing bid for the US Senate?

“I’m not sure I couldn’t be convinced Beto O’Rourke should be President,” the Democratic insider told NHJournal.

And given how many big Democratic names are on the 2020 list, and how little New Hampshire Democrats actually know about O’Rourke, that’s something.