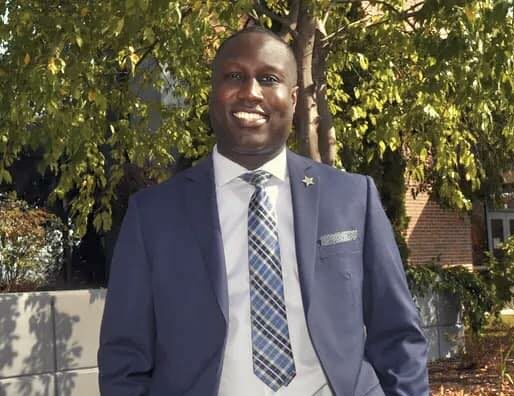 Sheriff Mark Brave won’t answer questions about his condition during his wife’s December arrest for driving under the influence. But documents obtained by NHJournal suggest the Strafford County Democrat was on the scene and intoxicated.

“We knew he didn’t drive the car home that night, but nobody told us why,” said Strafford County Commissioner Ray Bowers.

According to police reports, Jaime Brave was stopped while driving on Route 16 in Portsmouth on Dec. 9 after she was seen swerving in her 2017 Mercedes GLE. Jaime Brave was arrested after failing a series of field sobriety tests. She later blew a .15 percent blood alcohol content, nearly double the legal limit of .08 percent.

According to the reports, her sole passenger that night was prohibited from driving the Mercedes home due to a blood alcohol content of .157 percent. Based on the report and available information, it appears that passenger was Sheriff Brave.

New Hampshire State Police released the reports on Monday related to Jaime Brave’s arrest for DUI in response to the 91A request from NHJournal. The reports redact the name of Jaime Brave’s sole passenger during the night of the arrest, but the context of the reports, and Bowers’s understanding of the events, indicate Mark Brave was the passenger too intoxicated to drive home.

Mark Brave did not respond to a request for comment on Monday, and he had declined multiple calls for comment since the arrest was first reported. There is no record of Mark Brave having been charged with any crime or violation as a result of the incident.

Bowers told NHJournal he and the three elected Strafford County Commissioners were informed about the DUI arrest shortly after it happened, and they were told that Brave was the passenger in the car with Jamie Brave. Bowers has not seen the police reports from the arrest. He is expecting copies from the County Attorney’s Office at some point.

“Certainly, the arrest was brought to our attention, and that Sheriff Brave was in the vehicle, we were aware of that,” Bower said.

Bowers understood the couple was attending a private Christmas party and there was no use of county property, such as a county vehicle, in the incident.

According to the reports, the law enforcement officers who stopped Jamie Brave recognized her passenger and knew where he worked, though that information is also redacted from the copies obtained by NHJournal. The reports state another trooper responded as an additional witness because of the identity of the passenger.

The couple told police they were coming from a Christmas party held at a private house when they were stopped. Jaime Brave was taken into custody and processed at the Newington Police Department while a trooper drove her passenger, presumably Mark Brave, to a private home in Newington where he could be released to a sober friend.

Bower said the reports, once received by the commissioners, will be reviewed for possible violations. However, based on the description of events from NHJournal, Bower said there may not be a county policy violation. Mark Brave was not drinking at a county function and he did not use any county resources.

“If it had been at county function there would have been grave concerns,” Bower said.

Mark Brave, New Hampshire’s first-ever elected Black sheriff, is a rising star in Democratic politics. It remains to be seen if his apparent intoxication after his wife’s arrest will cool the support he has enjoyed.

Nancy Vawter, co-chair of the Dover Democrats, said the issue is a personal matter for the Braves.

“I know Mark, I feel bad about what happened. We’ve all had a little too much to drink, maybe he didn’t realize his wife had too much (as well,)” Vawter said.

The Braves are already dealing with the fallout from the arrest. In the days after the arrest was first reported, Jamie Brave resigned her position as chief nursing officer at Frisbie Memorial Hospital.

Jamie Brave, the wife of Strafford County’s Democratic Sheriff Mark Brave, is out as Frisbie Memorial Hospital’s Chief Nursing Officer, sources tell NHJournal. The decision came after her arrest on driving under the influence charges.

Ellen Miller, director of marketing and public relations at the hospital, said Jamie Brave resigned on December 14, days after NHJournal reported on her arrest during a New Hampshire State Police saturation patrol in the Portsmouth region.  Jamie Brave has pleaded not guilty in the case now set for trial in March.

The Strafford County Sheriff’s Department was hired by Frisbie this year to provide security services at the hospital’s Rochester campus.

All of the elected Strafford County commissioners — George Maglaras, Bob Watson, and Deanna Rollo — were also unwilling to comment on the contract between the sheriff and his wife’s (now-former) employer.

The Strafford County Sheriff’s Department, like most in New Hampshire, does not perform traditional law enforcement duties. Instead, the department oversees civil process, emergency communications, court security, prisoner transports, and some investigations. Sheriff’s departments can contract with municipalities to offer regular law enforcement services and usually do so in smaller communities that lack the money to pay for full-time police departments.

The Strafford Department started assigning deputies to the hospital this year to support Frisbie’s security staff. Miller said the terms of the contract has the hospital paying $55 an hour for each deputy assigned and it tops out at $100,000 a year.

Jamie Brave was not involved in negotiating the contract, Miller said. In fact, Jaimie Brave signed a conflict-of-interest form before the hospital entered into the agreement with the Sheriff’s Department, Miller said.

Frisbie wanted to beef up security after the December 2020 incident in which security guard Rick Semo was critically assaulted by a man outside the hospital’s emergency room, Miller said.

“We wanted to do everything to ensure the safety of our patients and staff,” she said.

Tyler Thurston, 31, of New Durham, allegedly punched Semo in the face during an altercation. Semo, 64, fell onto the pavement, striking his head. Semo died five days later as a result of the injury.

The Strafford County Sheriff’s Department also provides a deputy to work as the school resource officer in the Farmington School District and another to work as the truant officer in Farmington. That contract, also started this year, comes despite Mark Brave signing off on a Black Lives Matters letter demanding that New Hampshire do away with school resource officers.

Like Frisbie, the Farmington School District also pays the Sheriff’s Department to provide the deputies and their services.

Jamie Brave was stopped in the early morning hours of Dec. 10 during the State Police patrol and charged with DUI. It is not known if she was alone in the car at the time of her arrest. NHJournal has requested documents from the New Hampshire State Police related to the stop and arrest.