Republican congressional candidate Karoline Leavitt had a limited audience when she spoke at Southern New Hampshire University after school administrators ordered the event to be limited to students only.

Ky Urban, president of the SNHU College Republican Club, said he first learned about the policy to limit or exclude what the school deems “controversial” speakers when he asked about hosting an event featuring the First Congressional District GOP candidate.

“We were just hoping to line up our speakers for the next academic year. We would like to bring candidates, politicians, and people who lecture on topics that are of interest to conservatives,” Urban said. “We were first made aware of this ‘controversial speakers’ policy when we were trying to host Karoline Leavitt who is running for U.S. Congress in CD-1. The administration eventually let us host an event with her. But they limited it to SNHU students only, which reduced the number of people who could attend,” Urban said.

Urban was told that the university must substantively review and approve all proposed speakers to ensure they “are not so controversial that they would draw unwanted demonstrators” to campus. The university explained it “invite[s] discussion as long as it is friendly.”

Rather than allowing the general public to attend, as is commonly the practice for speakers of public interest, the campus GOP was ordered to limit the invitation to students only. As a result, the administration has the power to restrict who is allowed to speak on campus and who is allowed to hear them.

Leavitt blamed the liberal culture in higher education that seeks to minimize or silence conservative voices.

“All across America, college campuses are silencing conservatives for fear of backlash from their overwhelming liberal student body. To prevent outcry from their students, college administrations have devised various ways to ensure their monolithic brainwashing programs operate free of dissension. The only way we will disrupt their indoctrination of our youth is by challenging the status quo, which I will continue to do when given the opportunity,” Leavitt said.

The policy of reviewing invited speakers caught the attention of free-speech organization, FIRE — the Foundation for Individual Rights and Expression — which has criticized the school and demanded it change its practices.

“When university officials determine which views are worth sharing, as SNHU administrators claim the authority to do here, students and faculty will invite fewer speakers to campus. In turn, fewer controversial and non-controversial speakers will come, and fewer viewpoints will be shared, all to the detriment of the campus community,” said FIRE’s Sabrina Conza.

SNHU’s Siobhan Lopez, assistant director of media relations, said the school is committed to the free exchange of ideas, so long as there is order on campus.

“Southern New Hampshire University seeks to promote and facilitate the exchange of innovative and diverse ideas, and we welcome speakers with a broad range of viewpoints and backgrounds to foster a diverse and rich educational experience for members of the university community. Our policies are compliant with both state and federal laws and allow for the free flow of information and ideas while ensuring campus safety,” Lopez said.

Urban said the way the policy is enforced targets conservatives. He was told by one administrator that former President Donald Trump would not be allowed to speak on campus for being too controversial.

“We are not aware of any specific criteria regarding which speakers are considered acceptable under SNHU’s controversial speakers policy. However, vague language typically allows administrators to enact policies that are not above board and makes excuses after the fact,” Urban said.

Events with invited speakers are vital to college clubs, which use them to recruit new members. Urban said having the audience limited when a speaker is deemed too controversial is a setback for clubs like his.

“This policy has severely harmed our club because we are not able to bring speakers that will draw a large crowd. Normally, exciting speaking events are a highlight for conservative college clubs and help to increase membership,” Urban said.

The events also bring diverse ideas to the campus, which tends to ideologically skew left, according to Urban.

“They also help to bring diverse views to campus, since liberal arts colleges tend to skew to the left with regard to the speakers they bring and what is taught in the classroom. We ask that SNHU uphold their commitment to freedom of expression on campus,” Urban said. 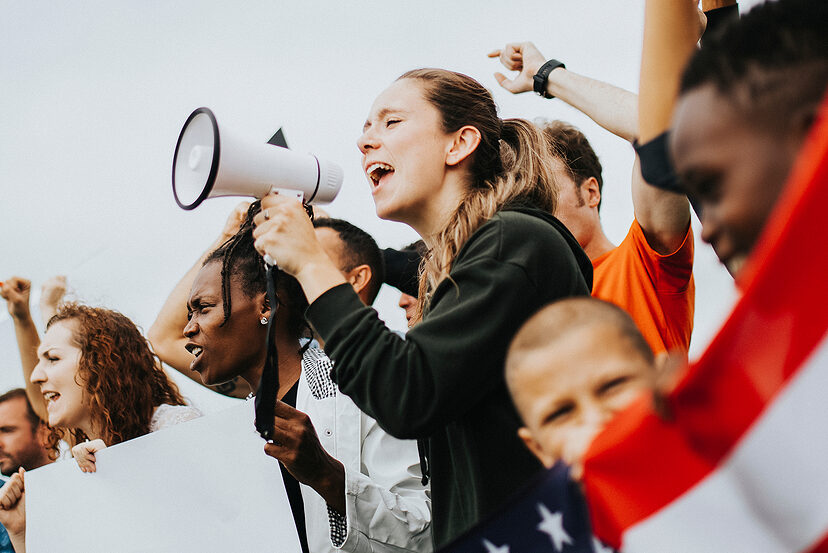 Imagine if the government could silence you before you have a chance to speak because officials think someone might be offended or resort to disruption or violence. It might sound insane that others’ potential feelings or actions mean you have to shut up, but that’s the reality for students at a university here in the Granite State.

Southern New Hampshire University mandates that student groups run all invited speakers by university administrators to weed out those who may cause controversy. The administration gives itself sole discretion to turn down speakers who may “draw unwanted demonstrations” to campus.

The Foundation for Individual Rights and Expression, where I work, is demanding that SNHU rescind this requirement because it prevents members of the campus community from freely expressing themselves and from engaging with speakers that the university bans.

To be clear, SNHU is a private school not required to promise students free expression. But when colleges do make those promises by way of university policy—as SNHU does—they must live up to them. When students invite speakers to campus, their association with the speaker constitutes expression. When universities create viewpoint and content-based barriers for students to invite speakers to campus, they restrict students’ rights to free expression, breaking promises made to students who choose to enroll.

SNHU cannot speak out of both sides of its mouth, guaranteeing respect for students’ expressive rights while obstructing those same rights when speech is contentious. However, that’s exactly what administrators did. Their response to FIRE claims the university “seeks to promote and facilitate the exchange of innovative and diverse ideas,” but states the university is “confident” that its policies don’t violate the law or infringe the free flow of ideas. As we told SNHU in response, “expression is not free when authorities must approve of the speakers and viewpoints expressed.”

When institutions shut down free speech, they encourage detractors to disrupt campus in the future, because they know it has worked in the past. This concept is known as the “heckler’s veto” — a form of mob censorship in which officials shut down expression due to actual disruption or the threat of disruption.

Of course, SNHU must balance free speech with safety. Shouldn’t a university punish those who react to speech with violence and misconduct rather than those who seek to speak peacefully? That is precisely the problem with SNHU’s required review of invited speakers. It cannot unilaterally block broad swaths of political speech under the guise that allowing the speech would sacrifice campus safety. Expression and the free flow of ideas must be encouraged on campus—not restricted.

FIRE rated four New Hampshire universities based on the extent to which their policies restrict students’ right to free expression: Keene State College, Plymouth State College, University of New Hampshire, and Dartmouth College. The rated public schools all earn FIRE’s highest “green light” for free speech. However, Dartmouth—which has faced FIRE’s ire recently for shutting down a student group’s event—earned a “yellow light” rating, meaning it has at least one ambiguous policy that too easily encourages administrative abuse and arbitrary application. Good policies are the first step to ensuring students may speak freely on campus—a goal all universities should strive to achieve.

SNHU must bring its policies in line with its strong commitment to students’ expressive rights. It should do that not only when legally required to do so, but also because it’s morally obligated to promote a culture of free expression on campus. That’s the beauty of free speech: Speakers whose views may not be commonplace can share their opinions with others and learn from each other without fear of being silenced.

FIRE stands ready to help SNHU, and all other speech-restrictive institutions, bring its policies in line with its commitment to free expression. Officials must stop acting as if free speech hinders a community. Instead, they must acknowledge that it strengthens a community by allowing its members to freely exchange ideas, both controversial and popular, and by allowing those from different backgrounds to gather to learn from one another’s viewpoints.

To make this vision a reality, SNHU must end its prior review of invited speakers and the censorship that comes with it.