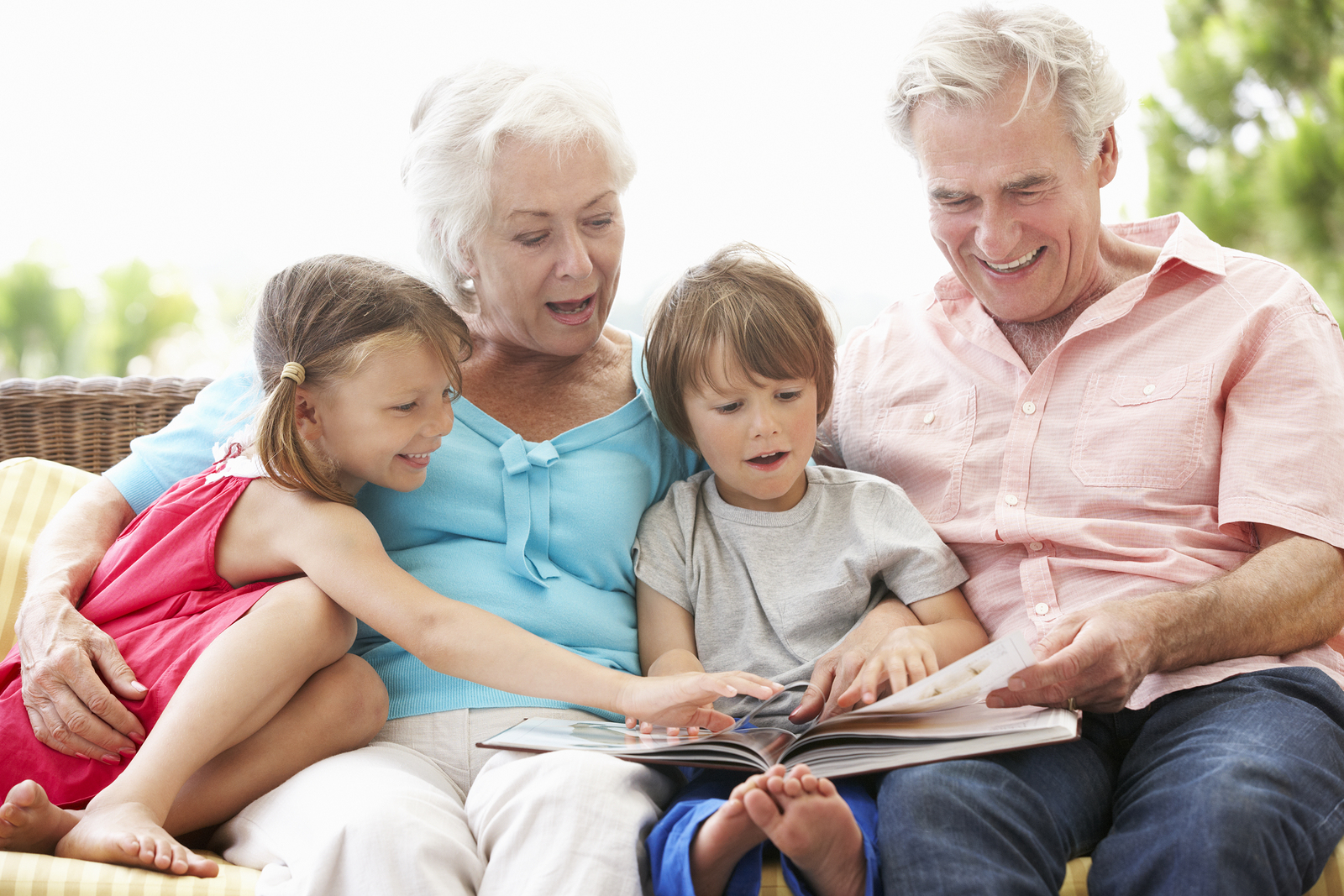 One of the big agenda items that passed the House on Thursday was a bill with an amendment that would appropriate $33 million in the current fiscal year to address a projected shortfall at the state Department of Health and Human Services. That was just the amendment, though. Lawmakers tacked it on to a bill that would give preference to grandparents to be the guardian of a child in certain cases, like when a parent has a substance abuse disorder.

The House overwhelmingly voted to concur with the Senate on House Bill 629. It passed on a 283-32 vote. It now heads to Gov. Chris Sununu for his likely signature.

Most of the fanfare over the passage was because of the emergency DHHS funds. Yet, thousands of Granite State grandparents are victims of the drug crisis after they have been called on to raise their grandchildren.

“I am pleased that the House today overwhelming approved HB 629. With this legislation New Hampshire is leading the way in giving grandparents a voice when it comes to the guardianship process in cases dealing with substance abuse,” said bill sponsor Rep. Mariellen MacKay, R-Nashua. “This important legislation will keep children out of the foster care system and allow them to stay with their families. HB 629 is about love, passion, family, and just doing the right thing, and I couldn’t be more proud to see this bill overwhelmingly pass the legislature.”

HB 629 places the burden of proof on the petitioner to demonstrate that grandparent guardianship is in the best interest of the child in situations that were brought on due to a parent’s substance abuse. It establishes a preference for grandparents to be appointed as guardians and makes benefit eligibility information available on the DHHS website, as well as to grandparents seeking guardianship over their grandchild.

New Hampshire social service agencies estimate that 10,000 grandparents are now full-time guardians of young children, mostly because of the drug epidemic. Nationwide, there were 2.882 million kids being cared for by their grandparents, which was up from 2.871 million in 2011, according to the Annie E. Casey Foundation.

“A lot of these grandparents are on fixed income, and they’re taking on a responsibility, and for a lot of them, it’s a hard financial responsibility,” said Keith Kuenning, director of Advocacy for Child and Family Services.

Applying for guardianship can involve many steps, and navigating state programs for food stamps and Medicare only adds to the confusion in what can be an overwhelming process for many people.

A Pew Charitable Trusts report released in November found that 21 percent of grandparents caring for grandchildren in the United States are living below the poverty line. In addition, about 39 percent are over the age of 60 and 26 percent have a disability.

Gail Snow, an administrator with the state’s Bureaus of Child Protection and Juvenile Justice Services within the Division of Children, Youth and Families, said the division removes kids from their parents in some abuse and neglect cases, which are often linked to substance abuse issues, but not always.

“We only remove children when it would not be safe for them to remain in their home,” she said. “As a division, when we remove a child…we look toward relatives to provide care, and grandparents are often the people who step up.”

The problem with the current law is that it calls for immediate protection for the child, but also requires that courts and child welfare agencies protect the sanctity of the home. That’s why Chris Wade, who is a grandparent raising his grandchild, is supportive of HB 629.

“[I]t allows us to not have to be put through the ringer to protect our grandchildren,” he told the Associated Press. “It means we can go to the judge and, if the parents want that child back after we have gone through guardianship, then it’s up to that parent to be able to prove that they are worthy of having their child back. ”

The bill also has the backing of New Futures, a nonprofit organization that focuses on the opioid crisis and its effects on children. They support it because “it provides support for children in crisis and families suffering from the opioid epidemic, encouraging healthy early childhood development.”

While this is a first step in understanding the relationship of grandparents, parents, and children who are impacted by the opioid epidemic, the New Hampshire Legislature is also looking to establish a study commission to really get the full picture.

Senate Bill 148 would establish a commission to study “grandfamilies ” in the state and would gather families, legislators, and advocacy groups to review what data exists for them, what challenges exist, and what solutions can be carried out at the policy level.

“When this happens, grandparents face specific challenges such as getting children into schools, securing the appropriate legal status as a guardian, and providing the child all they need to thrive,” said bill sponsor Sen. Martha Hennessey, D-Hanover, in February before the Senate approved the measure.

“[It] can also place a financial burden on the grandparents who are often on a fixed income,” she added, “This commission would ensure there are resources in place to help these families and to make sure the children have the care they require to thrive.” 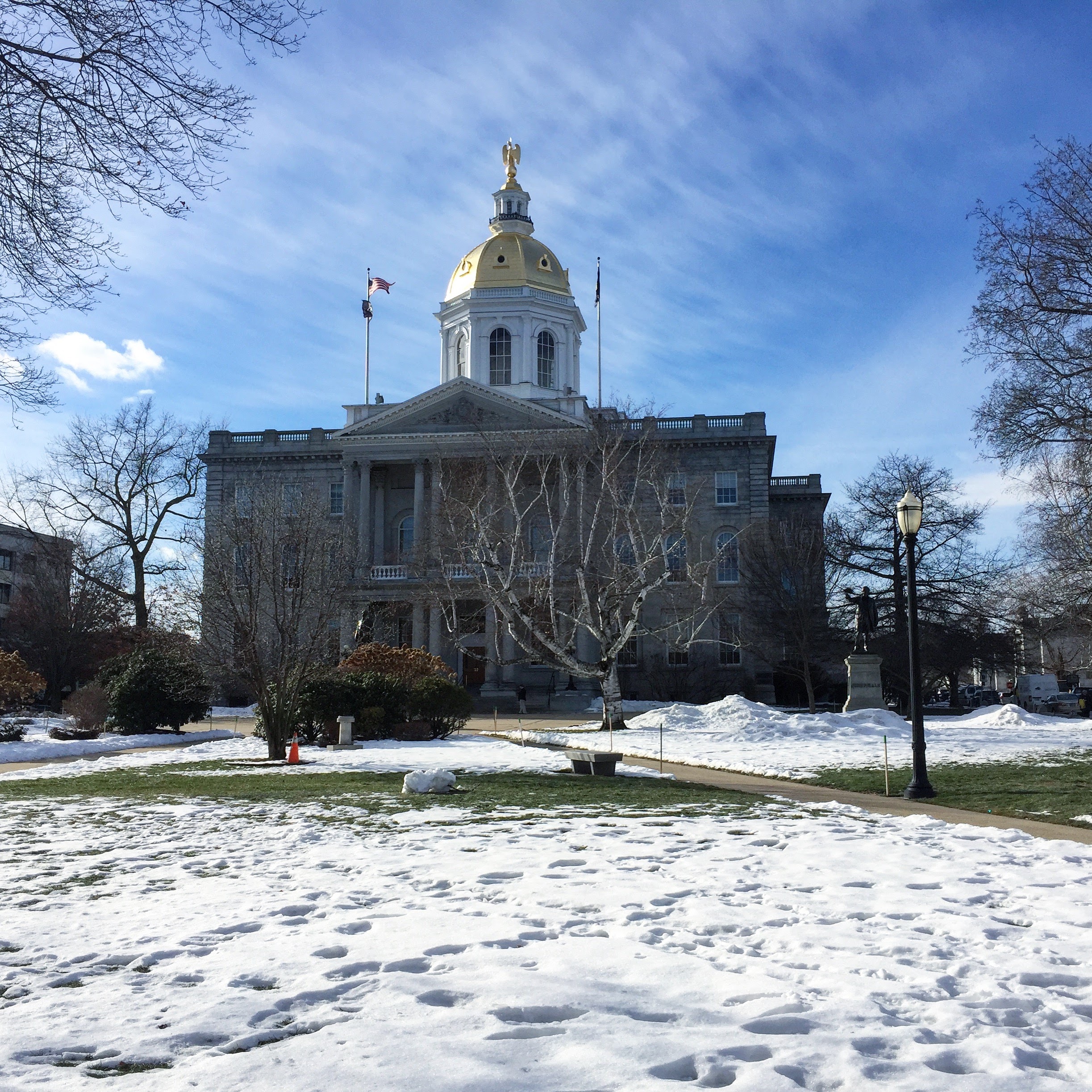 For the third time this legislative session, a House Democrat switched party affiliation in New Hampshire, highlighting that Democrats are also struggling to remain unified in Concord. It’s been well-documented that House Republicans still have deep wounds from the 2016 election, with two conservative caucuses that have caused trouble for GOP leadership. However, with three lawmakers jumping ship from the party, there are some internal conflicts happening within the Democratic caucus.

Rep. Joseph Stallcop of Keene was the latest House members on Wednesday to switch his party affiliation. He switched from the Democratic Party to the LPNH.

“Personally witnessing the situation at Standing Rock showed me the danger of relinquishing power and authority into an institution, while my time in Concord reinforced the ineptitude that can exist by those in charge,” he said. “I originally joined the Democratic Party in hopes of making a difference through critical thinking and my classical liberal viewpoint, yet with the lack of unbiased data in caucuses as well as backlash on votes I’ve independently made, it seems there is no longer a place for me here.”

LPNH is having a banner year since the November elections. Another lawmaker, Rep. Caleb Dwyer of Pelham switched from the Republican Party to the LPNH in February. The party also garnered enough of the votes in the gubernatorial race to give them official ballot access in 2018.

Max Abramson ran as the Libertarian candidate in 2016, against now-Gov. Chris Sununu and Democratic nominee Colin Van Ostern. He received 4 percent of the vote, the required amount to gain ballot access.

It’s the first time in 20 years that the LPNH had ballot access. When they last had it in the 1990s, the party had four members in the Legislature. Then in 1997, ballot access laws changed to increase the vote threshold needed for a party to retain ballot access from 3 percent to 4 percent.

LPNH Chairman Darryl W. Perry called Stallcop’s switch a “historic day” since it’s the first time in two decades that they have a Libertarian caucus.

Rep. Mariellen MacKay of Nashua changed her Democratic affiliation to Republican in April and Rep. Robert Theberge of Berlin also changed from Democrat to Republican right after the November election. 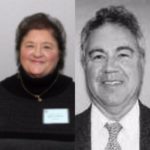 So now, the House membership is 221 Republicans, 170 Democrats, and two Libertarians. There are six vacancies due to death, resignation, or appointment to a position in Sununu’s administration. One representative has not been officially sworn in yet.

In a House with 400 members, one would think that party changes are pretty common. That’s actually not the case in New Hampshire, or even nationally. According to Ballotpedia, there have only been 79 current legislators in State Houses across the United States who have switched parties since 2007. One of the last people to switch parties in New Hampshire was Sen. Lou D’Allesandro of Manchester. After serving two years as a Republican in the House, in 1998 he ran as a Democrat for the Senate where he still holds a seat and is still a Democrat.

Jumping on the chance to criticize the Democratic Party for losing members, NHGOP Chair Jeanie Forrester blasted out a statement once the news came out on Wednesday that Stallcop was leaving the party.

“Would the last one in the New Hampshire Democrat Party please turn out the lights? Yet another former Democrat has concluded that the party of big government and obstruction is no longer worth being a member of,” she said. “Meanwhile, a significant majority of Granite Staters approve of the job Republican Gov. Chris Sununu is doing in the Corner Office. That’s because working families know that from improving education to investing in infrastructure to strengthening the economy, Republicans are working hard to improve the quality of life for Granite Staters every day.”

“It’s just kind of a shakeout,” he told the New Hampshire Union Leader.

However, other Democratic representatives are saying there is a lot of “dissatisfaction” in the caucus.

“Most Democrats would think with the controversy around Trump, we might gain some Republicans, more moderates, and yet we are losing Democrats,” said Rep. Peter Leishman, D-Peterborough.

The current dynamics of the New Hampshire Democratic Party often mirror the national party on what its role should be in GOP-led politics. For the first time in nearly a decade, Democrats are fully the minority party. The U.S. Congress is Republican-run and the White House has a Republican president. The same is true in New Hampshire where Democrats are in the minority of a GOP-legislature and the first Republican governor in 12 years.

The problem is that there are differences of opinion between Democratic lawmakers on what their role is in the New Hampshire House. They’re trying to figure out how to navigate their position and get their legislative priorities passed.

At the national level, many Democrats have been adopting the “resistance” mindset by voting against any GOP bill or watching Republicans fight amongst themselves, as exhibited during the health care debate.

So far, New Hampshire House Democrats have been largely sitting back and watching Republican Party infighting derail the GOP’s own political agenda. Yet, some Democrats want the party to push back more against the Republicans.

This conflict was on full display during the chaotic budget debate in April. After the House failed to pass a budget on the first day due to conservatives voting against it, some Democrats were willing to work with Republican leadership to get something passed. Two Democrats took to the House floor to encourage its caucus to vote for the state budget rider, which was in direct opposition to what Shurtleff told them to do. In the end, 14 Democrats voted in favor of the bill to get a budget passed, but it failed 169-177.

While their party disagreements aren’t as noticeable as the Republicans, its crucial that there is unity within the caucus if they want to block future GOP bills, like they did with right-to-work earlier this year. It’s also important when it comes time to craft a message for elections next year.

One of their next big tests will be in June when the final state spending plan comes back to the House. If conservatives still vote against the budget, House Speaker Shawn Jasper might need to ask them for support. What they do in that moment could set the tone for 2018.