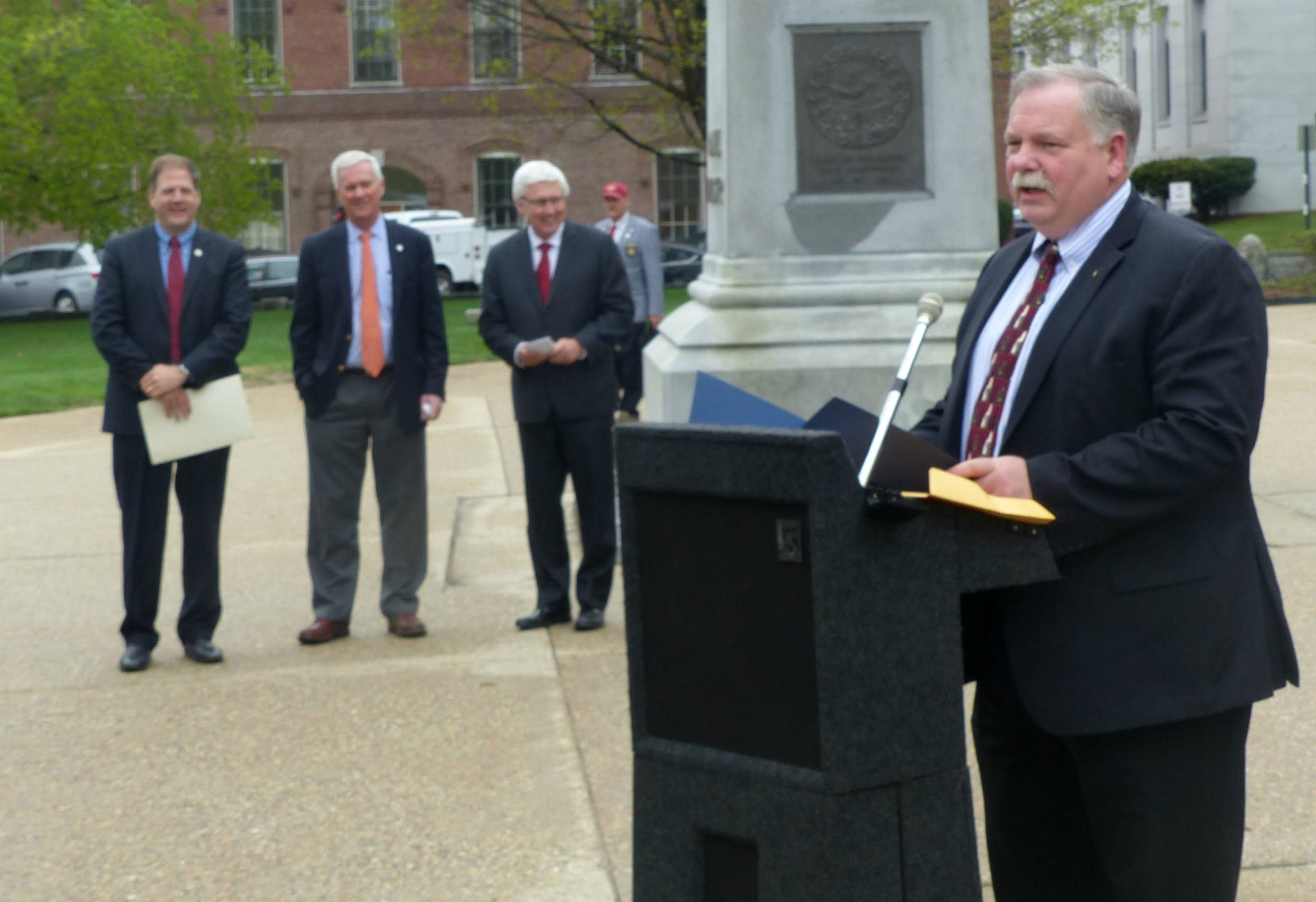 After the New Hampshire Senate passed its version of a state budget last week, it was expected the House would request a Committee of Conference, so it could ultimately have a say in the final budget negotiations. House conservatives, who led the charge to defeat the budget in April, were hopeful that Republican leadership would finally cooperate with their list of demands. Yet, representatives of a conservative caucus were disappointed Tuesday after House Speaker Shawn Jasper appointed none of its members to the conference committee, putting the fate of the state budget in jeopardy.

Acting under a recess rule, the House non-concurred Tuesday with the Senate version of the biennium budget and Jasper, R-Hudson, appointed members to a conference committee.

The conservative House Freedom Caucus criticized the conference committee because its members are “the same House leadership that led the House budget to fail in April.”

“With less than two weeks to go to the final House session, it is critical that the House leadership find a way to work with all of their members. However, the message that the House is sending in these negotiations when they put forth leaders who were so utterly clueless about the budget in April is they are only interested in more of the same. This is short sighted at best,” said Rep. JR Hoell, R-Dunbarton.

For the first time since at least 1969, the House failed to pass a budget on to the Senate. The Senate Finance Committee used Gov. Chris Sununu’s budget proposal as a starting point, but it also took into consideration some of the House Finance Committee’s spending plan. In last week’s Senate marathon budget debate, a trailer bill accompanied the budget to specifically incorporate the failed House budget “for purposes of committees of conference.”

The House Freedom Caucus was instrumental in the demise of the budget in April. The group didn’t like that spending increased over former Democratic Gov. Maggie Hassan’s budget and that the House GOP leadership’s budget lacked tax cuts. If the Freedom Caucus can convince other conservatives or on-the-fence Republicans to jump ship, the budget could die in the House.

“The definition of insanity is doing the same thing over and over again and expecting different results,” said Rep. Anne Copp, R-Danbury, and a member of the House Freedom Caucus.

“By putting the same leadership on the committee of conference that led to a budget that failed by over 85 votes, the state is being set up for having no budget that can pass the House later this month,” she added. “We need a fresh start to begin the processing of a truly fiscally responsible budget, not the same group that offered a reckless spending increase.”

Jasper has not publicly responded yet to the criticisms from the House Freedom Caucus. Last week, Jasper sent an email to caucus members asking to sit down and discuss the budget with them on Tuesday and Wednesday this week.

“It is important at this point in the process that we hear your concerns and find areas where we share common ground,” he wrote. “Ultimately, we hope to be able to reach agreement on the major issues, which would be extremely helpful prior to the state of the budget committee of conference.”

Jasper told WMUR in an earlier story that a conference committee was needed to make passing a budget easier.

“The reason was simply that if the Senate hadn’t agreed to do that [a conference committee], we would have been amending our positions on the budget and…onto Senate bills everywhere possible in order to be able to preserve those positions,” he said. “The Senate realized that to have done it in that way would have made the committee of conference process very, very difficult.”

Yet, conservatives say its unfair to have the failed House budget included in conference committee discussions.

“How can the Senate or Governor even begin to approach a committee of conference knowing that there isn’t much chance that the House conferees can pull together a majority of the body?,” said Rep. James McConnell, R-North Swanzey. “This is a recipe for disaster and is something that we can all see coming.”

If either chamber fails to approve the budget, a continuing resolution to maintain spending at its current levels would likely occur, at least until a full budget is passed. Republicans only hold a slim majority in the House and even a small number of “nay” votes could spell doom for the budget if Democrats also oppose it.

Only one Democrat has been appointed by the House to sit on the conference committee. Democrats in the House and Senate have been critical of the GOP budget, but when it comes time to vote, some could change positions and vote in favor of a budget out of fear that the chamber would come up short again. They could also band together against the budget and watch the Republicans’ infighting, hoping that helps them in next year’s elections.

Senate Passes State Budget, But There Could Be Trouble Ahead in the House 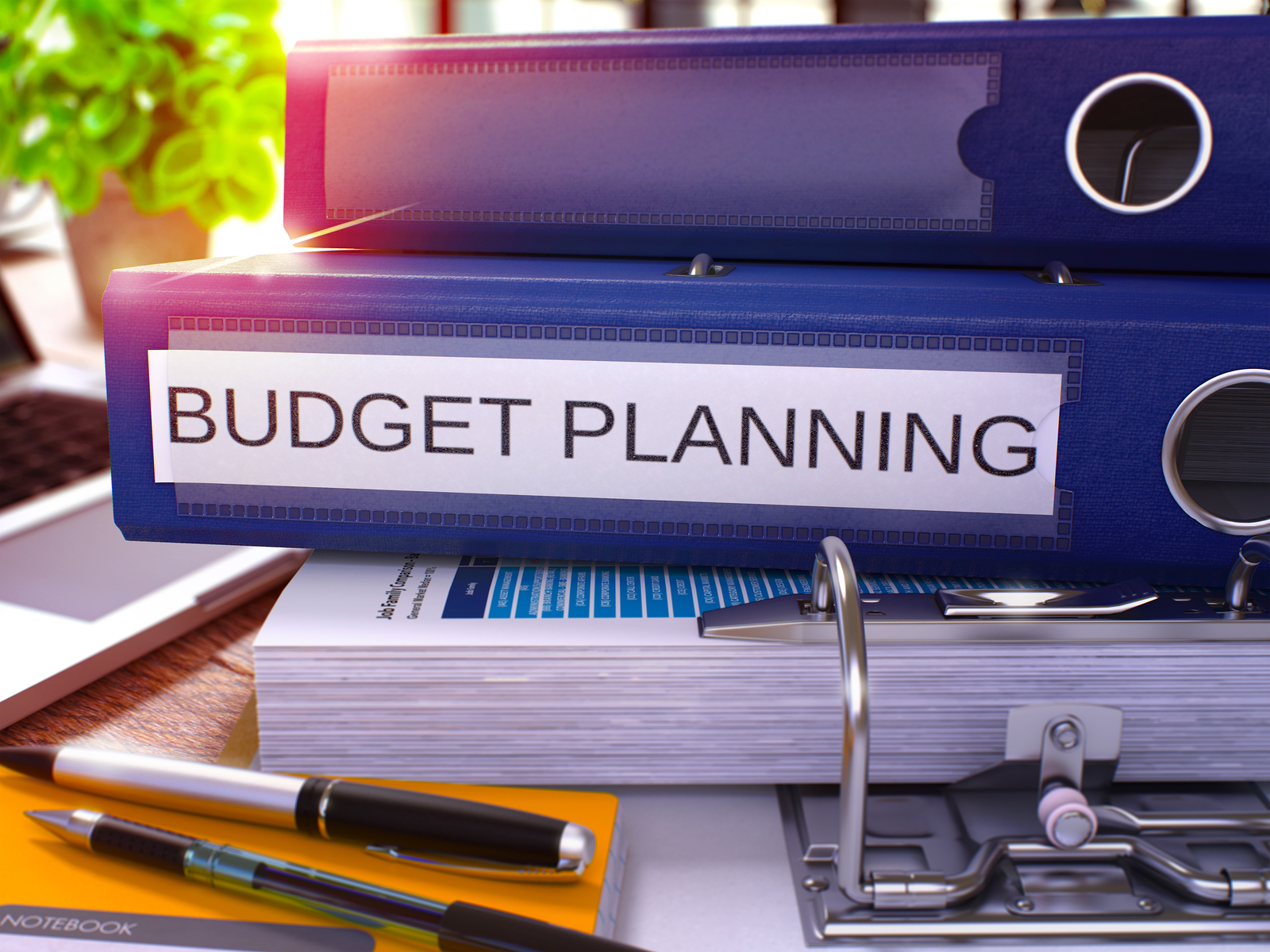 In a 10-hour marathon session, the Republican-led Senate approved an $11.8 billion state budget, defeating all Democratic attempts to increase spending in mental health, social services, and education. The budget ultimately passed on a 14-9 party line vote.

The spending plan changed very little from what the Senate Finance Committee put forward, but concerns and praise for the budget fell on party lines. Republicans applauded the money going to help the mental health crisis in the state, but Democrats disagree, saying the budget doesn’t fund critical social services.

Some of the budget’s highlights include expanding mental health treatment beds, creating a new student scholarship program, and cutting the state’s business taxes.

“What we’ve developed is a budget that serves the citizens of New Hampshire, but lives within our means,” said Senate Finance Committee Chairman Gary Daniels. “I believe we have achieved an appropriate balance between the two and we’ve done a lot to get us to this point.”

Democrats put forward more than two dozen amendments to increase funding for child protective services, adding nurses to New Hampshire Hospital, making Medicaid expansion permanent, funding full-day kindergarten, and increasing the budget for the state university system. They argue that the state can spend an additional $45 million since the budget’s revenue estimates are too low.

“It creates an artificial, trumped-up surplus to sell the biggest Republican ruse of all, that slashing taxes for the rich will grow revenues and improve lives for poor, middle-class people,” said Senate Minority Leader Jeff Woodburn.

“I recognize and respect my colleagues who think it’s not enough or some would suggest even never enough, but on the other hand, Mr. President, you know there are people like me who are always very concerned that maybe it’s always too much,” responded Sen. Andy Sanborn, R-Bedford.

On a few amendments, a couple of GOP senators sided with Democrats, but it was not enough for the measure to be adopted. For example, Republican Sens. Sanborn and Ruth Ward of Stoddard voted with Democrats to roll back proposed health care premium increases for state retirees, but it failed on a 12-11 vote. In another 12-11 vote, GOP Sens. Regina Birdsell of Hampstead and Harold French of Franklin voted with Democrats to add $6 million in additional education aid grants to public schools, but that measure also failed.

Heated debate between the two parties occurred, as expected, on the business tax cuts in the budget blueprint. An old debate flared up over abortion policy, though, when an eleventh-hour Republican amendment was introduced to block state and federal funds from going to centers that offer abortion services.

“This is about controlling women’s health choices, plain and simple, and this is about merging church and state,” said Sen. Martha Hennessy, D-Hanover.

“Forcing people to violate their conscience with their tax dollars, that is hateful,” he said. “I challenge anyone in here to tell me in any constitution where I am forced to pay for somebody’s abortion, show it to me.”

Hennessy said the amendment was an attack on her rights, while Republicans argue it’s just codifying what’s already happening.

“Could you imagine the men in this room if we snuck in some amendment about how the government shouldn’t pay for Viagra?” Hennessey said.

The amendment ultimately failed, 17-6. Democrats also tried unsuccessfully to eliminate a reference to the so-called Hyde Amendment that outlaws spending public dollars on abortions, in order to prevent any future cuts to Planned Parenthood.

With the Senate’s approval, the biennium budget is sent to the GOP-led House. Yet, there are some concerns from conservatives who are threatening to oppose the plan because it spends too much. The chamber is likely to call for a conference committee of senators and representatives to compromise on various issues within the budget, despite the House failing to pass their own plan earlier this year.

Red flags that House conservatives were not entirely pleased with the budget were first raised during a Tuesday budget information session.

“I’m opposed to this budget as it currently stands, and I am going to work to defeat it,” said Rep. James McConnell, R-North Swanzey, who is also a member of the House Freedom Caucus.

The House Freedom Caucus helped sink the chamber’s budget this year, making it the first time since at least 1969 that the House failed to produce a spending plan.

Yet, it’s still too early to tell if the caucus will try to defeat the Senate budget. In an interview with New Hampshire Public Radio, Rep. J.R. Hoell, R-Dunbarton, and co-chair of the House Freedom Caucus, said the Senate proposal is an improvement.

“They’ve made some great changes in terms of improvements — cutting the business taxes is a good example, funding the charter schools is another good example, so there are positive steps forward,” he said. “Some of us are still concerned that it spends more than we’re comfortable with and that’s…put us in a stalemate almost. The overall increase in government size is bigger than a number of us are conformable with.”

Hoell sent an email to caucus members after a meeting this week, saying the group is hopeful that their needs will be met in the conference committee.

Republicans only hold a slim majority in the House and a handful of defections could defeat the budget if Democrats also oppose it. They have largely criticized the GOP-budget, but some could side with Republicans out of fear of not getting anything passed.

The budget process needs to be over by June 30 before the start of the next fiscal year. If a budget is not passed by then, lawmakers would need to pass a continuing resolution, which would fund the government at its current levels until a full budget is passed.