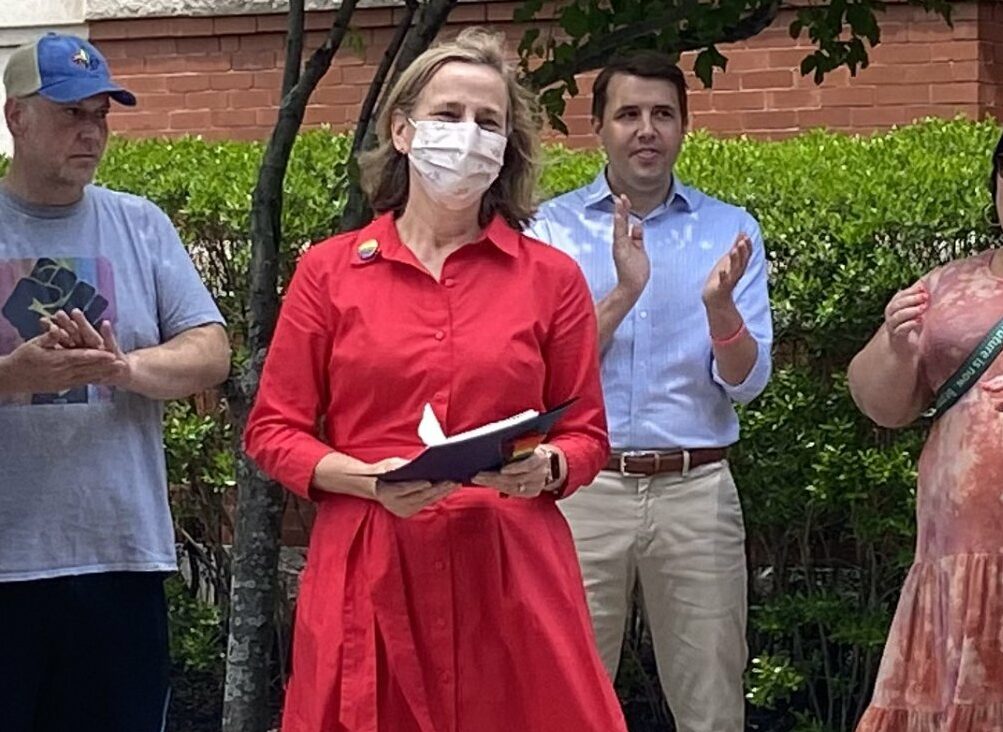 Citizens may have a lot of questions about Manchester School District’s policy of keeping students’ transgender activity secret from their parents. But thus far, officials in the state’s largest school district are not talking. Asked about the policy, school board officials, including Mayor Joyce Craig, all declined to defend it.

The district is currently being sued by a parent who claims it uses the policy to lie to her and other parents about their children and their gender identification. According to a motion to dismiss filed on behalf of the district, the district’s defense is its belief Manchester parents have no right to know what is going on in the schools when it comes to gender issues.

“(T)his motion can be easily resolved by answering one discrete question: Do school districts have a legally enforceable duty to inform parents when a student uses a name or gender pronoun different than that assigned at birth? Because the answer to this question is no, the Complaint should be dismissed,” MSD’s filing states.

Craig, who chairs the school board, declined requests for comment on the policy. She also would not answer questions about whether she supports the policy. None of the members of the board’s policy committee, Leslie Want, Nicole Leapley, Peter Perich, Sean Parr, or Jason Bonilla, would discuss the matter, either.

Andrew Toland, communications director for the district, declined to discuss the lawsuit. Toland pointed to language in the motion to dismiss to counter the claim that the district requires staff to lie about transgender students to their parents.

“In other words, contrary to plaintiff’s characterizations, the district’s policy does not completely prohibit District staff from disclosing a student’s gender identity and expression to parents, nor does it require District staff to ‘lie,’” the motions to dismiss states. “It does not even contain an express mandate at all. It simply recognizes that the student has a right to privacy and that staff ‘should not’ disclose such information unless the student has authorized it.”

Critics note the policy, as stated, expressly strips authority from parents and gives it to children and teachers.

That is not how school board member Ken Tassey understands the policy. Speaking as a parent, Tassey said in practice, the policy would force school staff to use a student’s preferred pronouns and gender identity in school, but use that same child’s birth pronouns and identity when talking to parents who may not know what is going on.

“The policy requires that school staff lie to parents. It usurps the parent’s right to be informed about their children’s health and to exercise their parental love,” Tassey said. “The policy places the school district and the employees above the child’s parent, which is bizarre and arrogant.”

Tassey said the policy is predicated on the idea that all parents are potentially abusive toward their LGBTQI+ children, and that disclosing a child’s nonconforming identity would put that child in danger. That is simply not the case, he said.

“The vast majority of parents are going to hug their kids and say I love you,” he said.

Tassey is also concerned the policy does not have an age range and would apply to students as young as first or second grade. If a child disclosed gender dysmorphia to a guidance counselor or teacher, who may or may not be trained to deal with such a psychologically complex issue, that child’s parents would be kept in the dark if the child wished it.

Jonathan Butcher, the Will Skillman Fellow in Education with the conservative Heritage Foundation, said Manchester parents are not alone when it comes to school districts keeping secrets about their children.

“The issue of school officials hiding information about a child’s confusion about their sex is a real concern. Districts and even state departments around the country have made such secrecy to be official policy, including in New Jersey, Kansas, and elsewhere,” Butcher said. “Except in very specific cases related to a child’s safety, educators should be required to inform parents about any health-related issues concerning their child. Public school officials should not make it a policy to keep secrets about a minor child from his or her parents.”

“This legislation will do real, lasting harm to kids and should not become law. It’s so important that LGBTQ+ youth in New Hampshire know that we see them, we support them, and that they can be themselves,” Pappas said earlier this year when the bill was pending.

The Parental Bill of Rights was also opposed by New Hampshire Attorney General John Formella and Gov. Chris Sununu. Assistant Attorney General Sean Locke, with the Department of Justice’s Civil Rights Unit, testified before lawmakers in May that parts of the bill were legally problematic.

“This language could be construed to require school staff to effectively ‘out’ students–against the student’s wishes–to their parents if and when those students seek to avail themselves of protections pursuant to the school’s gender expression or identity policies,” Locke said in a statement. “This language targets students based upon their gender identity or expression for different treatment from other students, which denies those students the benefits of the particular policies designed to protect them from discrimination in schools.”

Butcher said much of the concern about outing students stems from the actions being undertaken by President Joe Biden’s administration. Biden is proposing changes to the Title IX program to combat bullying against trans students which change the definitions of sex and gender.

“It essentially proposes that schools must treat ‘sex’ to mean ‘sexual orientation and gender identity’ [as opposed to biology] and so schools would have to adopt policies to conform or risk an (Office of Civil Rights) investigation,” Butcher said.

Butcher said the Biden team is pursuing a radical agenda that rides roughshod over parents when it comes to the care of their own children.

“Such policies could include one that says educators may not tell parents when a child wants to ‘assume’ a different gender at school. Thus, the overall policy does more to advance radical gender ideas instead of affirming parents as a child’s primary caregiver,” Butcher said.