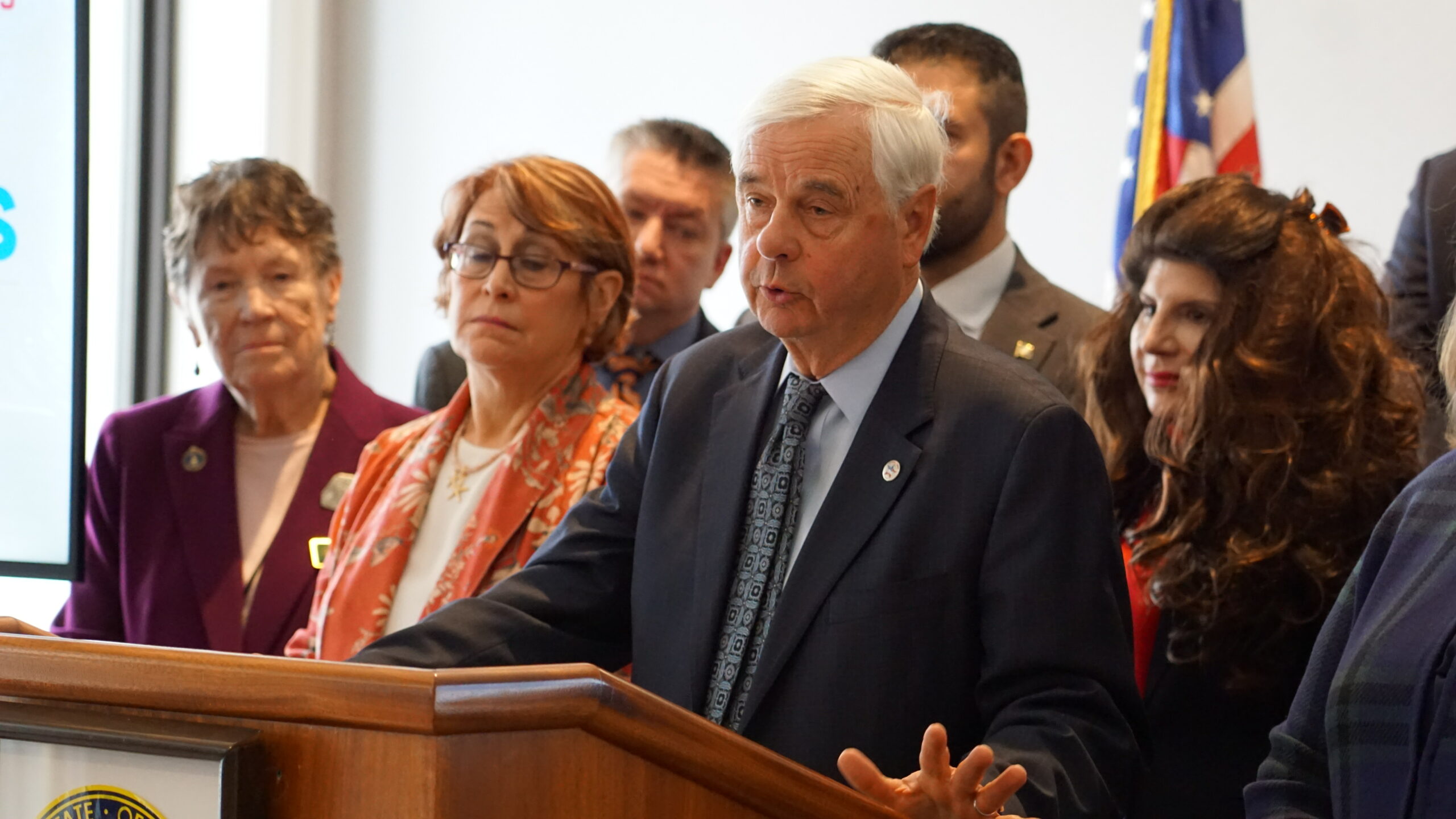 Senate Republicans want to help New Hampshire families succeed and stay healthy with a range of proposals as part of their newly unveiled 2023 legislative agenda. It covers taxes, school choice, access to healthcare, and the state’s First-In-The-Nation status.

“This year, we are making it our mission to focus on helping our struggling families who are facing rising costs across the board,” Senate President Jeb Bradley (R-Wolfeboro) said Wednesday at a State House press conference.” After enduring more than two years of hardships wrought by federal financial mismanagement, it is critical we continue to help our New Hampshire families.”

With the House of Representatives essentially tied between the two parties, the state Senate is likely to play an even larger role than usual in legislating. Bradley, who took over the top spot after the retirement of Chuck Morse, is seen by members of both parties as a savvy political operator who can navigate partisan political waters.

Bradley makes no secret of the fact he is focused on fiscal issues. He touted continued business tax cuts and pledged his party would “never, ever implement income, sales or capital gains tax.” He also said any budget surplus should go to property tax relief and the state’s Rainy Day fund.

“These tax cuts are being downshifted to towns and WILL come back to hardworking New Hampshire families in the form of sweeping property tax increases across the board,” said New Hampshire Democratic Party communications director Colin Booth on Twitter. “But don’t expect the @NHGOP to take any credit when that happens.”

But state revenue has increased since the business tax cuts have begun phasing in, as has state revenue to cities and towns. In the last budget, the state provided $100 million to local governments to take pressure off property taxes.

Asked for data showing fewer state dollars going to cities and towns as a result of the business tax cuts, Booth declined to respond.

Senate Majority Leader Sharon Carson (R-Londonderry) focused on education in her remarks. “We will defend academic opportunities for our students by continuing to support our state’s Education Freedom Account Program and empower parents by providing transparency into their children’s learning environment.”

Carson also touted plans to “reform the state’s bail system,” which will likely undo previous changes that critics say have kept dangerous people on the streets.

“Our comprehensive agenda brings Granite Staters to the forefront. Exactly where they should be,” Carson said.

Senate Democratic Leader Donna Soucy (D-Manchester) said her conference will announce its agenda next week but previewed its goals of working on issues like property tax relief, access to affordable housing, and, of course, access to abortion up to birth.

“Protecting the civil rights of women should be one of the top priorities of the legislature and the Senate Democrats will never back down from supporting women making their own reproductive healthcare decisions,” Soucy said in a statement.

Democrats in Concord spent Wednesday trying and failing to allow for proxy voting and attendance via online video services like Zoom. Democratic House members have been suing the state for the last two years to allow members to attend sessions and vote remotely. They have yet to prevail in court, and their most recent appeal was rejected by the U.S. Supreme Court.

The other Democratic priority on Wednesday was trying to get the rule allowing members to carry concealed weapons in the State House changed. Democrats failed there as well, meaning House members will remain armed if they choose while in session.

The GOP, as part of its agenda, is also pushing for a law to protect New Hampshire’s First-In-The-Nation status in the presidential primary process. The Democratic National Committee announced new rules late last year that would force New Hampshire out of the top spot in the nominating process. Sen. Regina Birdsell (R-Hampstead) said Wednesday she plans to spearhead the effort to fight off any challenge to New Hampshire’s position.

“Unfortunately, we found that our historic tradition has been under attack by those looking to maybe repurpose it for their political gain,” Birdsell said. “Know that we will respond aggressively to anyone that attempts, like the DNC or anyone, who attempts to take that away from us.”