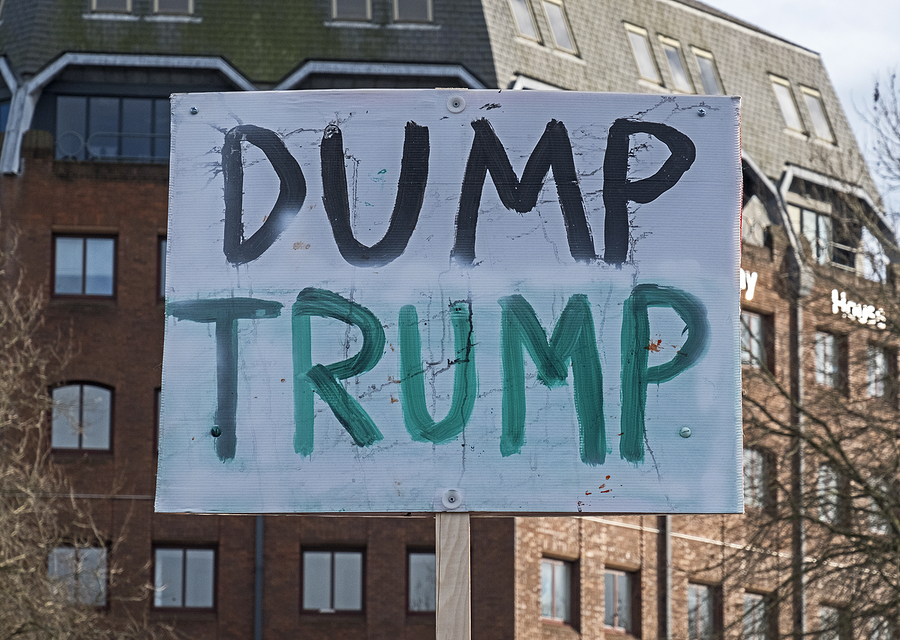 The New Hampshire woman who threatened a Republican Michigan election official and her daughter over the 2020 election has delayed her plea bargain, again.

Katelyn Jones, 23, was arrested by FBI agents at her mother’s Epping home in December 2021 after she allegedly made threats against Monica Palmer, chairwoman of the Wayne County Michigan Board of Canvassers, and her daughter.

“Hmm, It’d be a shame if something happened to your daughter at school,” Jones allegedly wrote in one of many alarming messages posted to Palmer’s social media accounts.

Now, Jones is negotiating a plea agreement with federal prosecutors. She was charged with making interstate criminal threats. Court records filed in the United States District Court in Easter Michigan show Jones was supposed to have a plea hearing this week but requested a delay until April based on COVID-19 related setbacks.

“F***ing with our election is TERRORISM, and us Americans clearly don’t tolerate terrorists so yes you should be afraid, your daughter should be afraid, and so should (name of Palmer’s husband,)” Jones allegedly wrote in one of the messages.

Jones is a former Michigan resident but was living at her mother’s New Hampshire home when she made the threats, according to court records.

Palmer voted against certifying the election in heavily African American Wayne County, Michigan. Her actions were seen as part of Trump’s doomed efforts to change the election result that saw him lose the presidency. Despite Palmer’s vote, Michigan eventually certified its election showing that Biden won the state.

Jones allegedly sent Palmer a photo of a nude, mutilated, dead woman and wrote, “I’d just like you to imagine that’s … your beautiful daughter.”

When confronted at her mother’s house in Epping, Jones reportedly acknowledged to FBI agents that she had sent the messages. Jones said she made the threats and called Palmer a terrorist and a racist, according to court records.

Also in December, Amherst resident Ryder Winegar, 33, was sentenced to 33 months in prison for calling members of Congress and threatening to rape and murder them if they did not support President Donald Trump after the 2020 election.

One message Winegar left, edited to remove extreme profanities, is a typical example:

“Here’s the advice, Donald Trump is your president. If you don’t get behind him, we’re going to hang you until you die … You can come, you can keep being a shill for the Chinese Communist Party. And you know, like the, uh, the Jewish banking cartel, or you can stand up and do the right thing and back America’s president Donald Trump. Support freedom.”

‘I Hope You Get Skull F***ed to Death:’ Opponent of Anti-CRT Law Pleads Guilty to Threatening Lawmaker 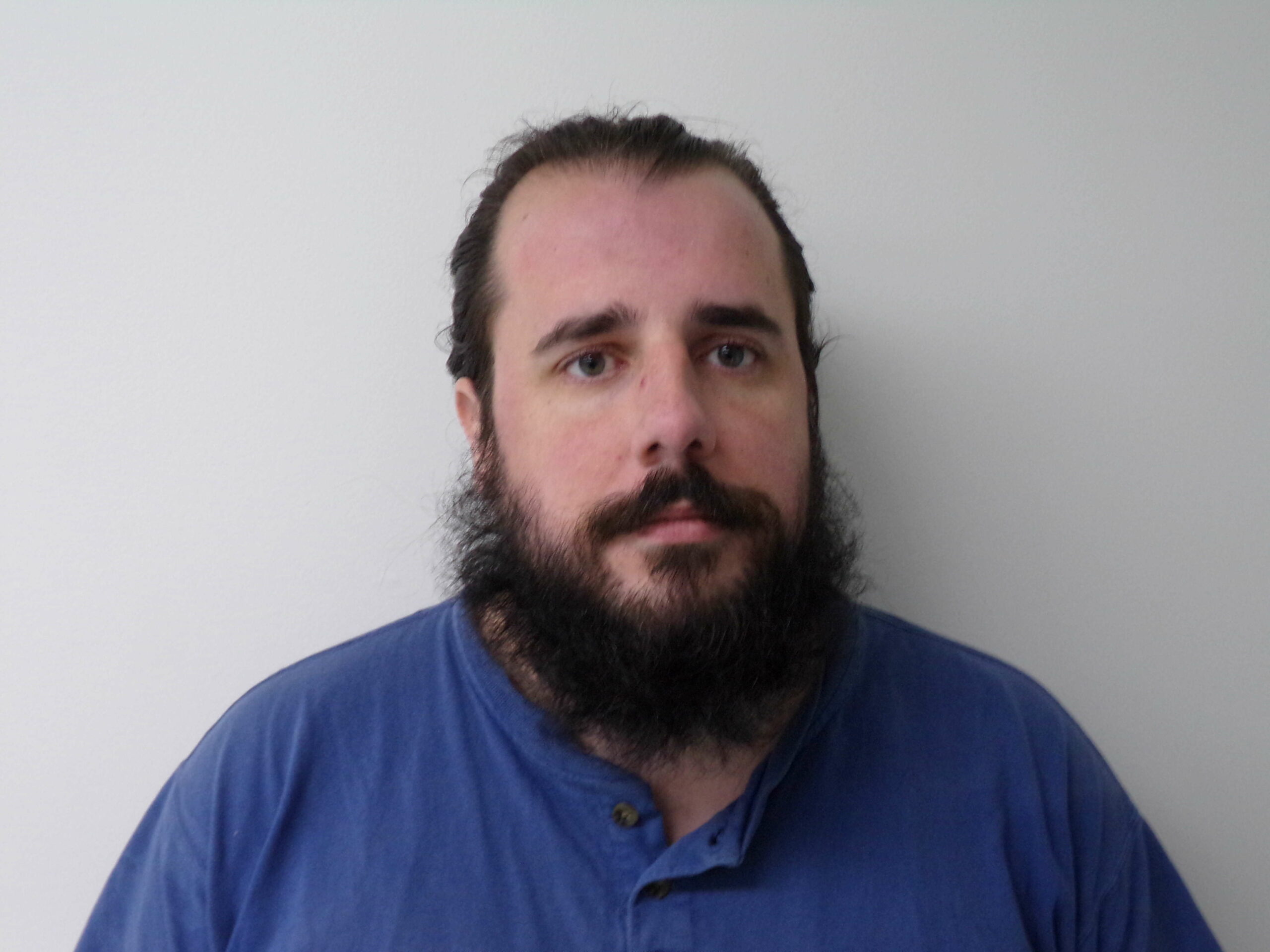 Former Allenstown Middle School instructor Daniel Rattigan has pleaded guilty to charges he threatened to mutilate state Rep. Keith Ammon (R-New Boston) and sexually assault one of his family members in response to the Republican lawmaker’s support for anti-CRT legislation.

“I’ve gotten crazy emails, but nothing like this one. It was unhinged,” Ammon said.

Rattigan, 31, pleaded guilty in Goffstown District Court on Friday to two misdemeanor counts — one for harassment and one for obstructing government administration. Two other identical charges were dismissed as part of a plea agreement.

Rattigan will not do jail time, but instead has $1,240 in fines which are suspended for one year so long as he remains on good behavior. Rattigan is not to have any contact with Ammon, other than writing an apology letter.

“I doubt it will be sincere,” Ammon said.

Rattigan was reportedly upset with Ammon’s efforts to prevent schools from teaching Critical Race Theory-based content in New Hampshire classrooms. Ammon was one of the original sponsors of HB 544, which “prohibits the dissemination of certain divisive concepts related to sex and race in state contracts, grants, and training programs.” That legislation was set aside for an anti-discrimination law passed as part of the 2021 budget.

Rattigan sent the violent and obscene threats to Ammon via Facebook in late February, as the politics around the anti-CRT law were getting heated. Ammons said he and his family spent subsequent months worried for their safety.

The threats started coming in on the night of Feb. 25, and included numerous misspellings and punctuation mistakes. Ammon assumed Rattigan might have been intoxicated and would think better the next day and apologize. Instead, according to Ammon, Rattigan continued to display angry and unhinged behavior.

Ammon went to law enforcement the next day and reported the issue, first to the Protective Services of the General Court, the branch of the New Hampshire State Police that protects state representatives, and then to the New Boston Police Department.

Rattigan lists his employment on LinkedIn as being an Educational Assistant at the Armand R. Dupont Middle School in Allenstown. The profile claims he has worked at the school since 2013.

On Monday, Allenstown Superintendent Peter Warburton said Rattigan worked at the middle school for a month and a half in 2013 and has not been employed by the district since.

Contacted by NHJournal through his Facebook account, Rattigan asked that no story be written because he feared losing his job. He would not reveal where he works, but he minimized the repeated and escalating threats he made against Ammon and his family.

“It was a rude empty comment that I apologized for,” Rattigan said in a message.

Rattigan’s language was extremely crude, but his claims that supporters of the anti-discrimination bill are racists echoes language used by Democratic leaders in the legislature and progressive activists. It’s an interesting claim given the law literally bans government-funded instructors from teaching that one race, sex, or group is inherently superior or inferior to another.

“This language robs young people of an inclusive and realistic education by targeting efforts to talk about systemic racism in schools,” she said when the law was passed. “We need to be looking at how our systems promote racial inequity and working towards solutions. Systematic racism is still alive and well.”