When it Comes to Charitable Giving, Warren and Sanders Are Millionaires Who Don’t ‘Pay Their Fair Share’ 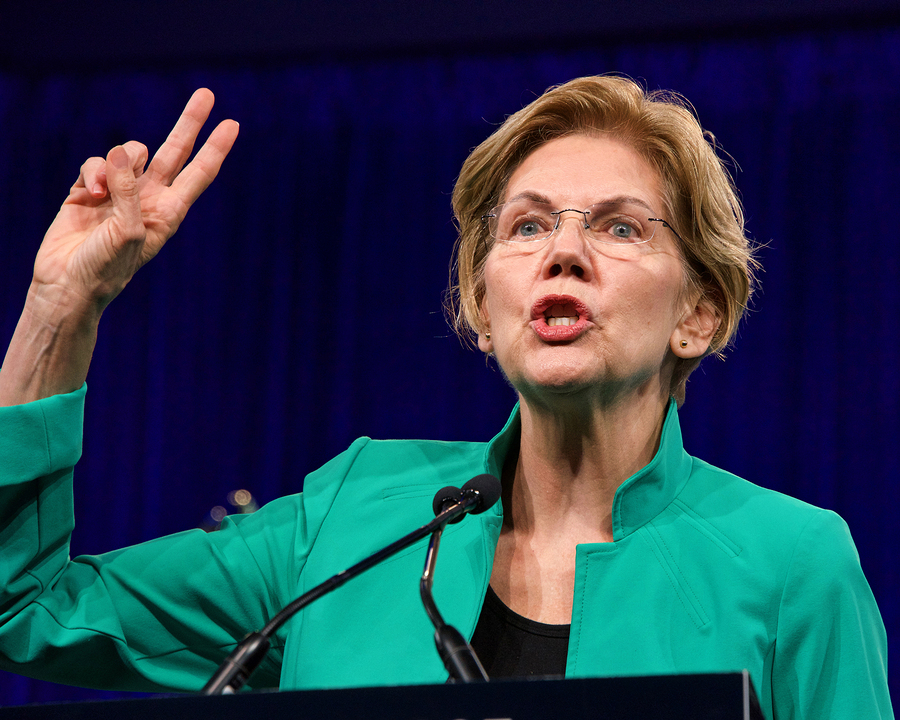 If you woke up New Year’s Day feeling guilty about all those last-second charitable solicitations you ignored, it might ease your conscience to know you aren’t alone. Just ask Liz Warren.

On the campaign trail, Sen. Elizabeth Warren (D-Mass.) tirelessly attacks the greed and self-interest of America’s wealthy, the “millionaires and billionaires” who, she claims, are “waging war on America’s middle class.”

“It’s time for the millionaires to pay their fair share!” Warren demands.

But when it comes to spreading the wealth to charitable causes and community service, Warren is one of the millionaires who apparently hasn’t gotten the message.

According to the tax returns Warren has posted on her campaign website, she and her husband Bruce Mann have earned more than $10 million since 2008, but they’ve rarely donated more than 4 percent of their income to charitable causes. For example, in 2014 Warren earned more than $1.6 million but gave just 2.7 percent to charity. The following year she took in nearly $1.2 million, but donated just 2.3 percent.

All that changed, however, in 2017 when Warren was preparing to formally enter the presidential race. That year her charitable donations suddenly spiked to 8.4 percent, leading some to speculate that her newfound generosity was more about electability than philanthropy. In 2018, she donated 5.5 percent of her income to charity.

Exclude her “presidential primary” years, and Warren donated an average of just 3.5 percent of her millions in income to charitable causes. That number is low for the average American in her income bracket (the average millionaire donates nearly twice that amount), and it sounds particularly ungenerous given her political platform of income redistribution, trillion-dollar tax increases and “you didn’t build that!” rhetoric.

And yet compared to her fellow 2020 progressives like Sen. Bernie Sanders, Warren’s the Oprah Winfrey of the Democratic field.

According to analysis by Forbes magazine, the least charitable Democrat is also the poorest: Mayor Pete Buttigieg. Despite his progressive bona fides, including a “paid” volunteerism program,  Buttigieg has donated just 1 percent of his income to charity since 2009.

And then there’s former Vice President Joe Biden, who made headlines in 2008 when Barack Obama tapped him to be his running mate it was discovered the Bidens had donated just $3,690 to charity over the course of an entire decade. He’s since raised that number to six percent, much of it donated to Biden family foundations.

Thus far the issue of charitable giving hasn’t come up on the campaign trail, perhaps because Democratic primary voters are also less likely to support charitable causes themselves.

According to multiple studies, Americans on the left are less charitable than their Republican counterparts. States that supported Hillary Clinton in 2016 were, on average, less generous in their charitable giving than those carried by Donald Trump.

Arthur C. Brooks, a social scientist at Harvard’s Kennedy School and author of the book on charitable giving Who Really Cares says his research finds, “People who favor government income redistribution are significantly less likely to donate to charity than those who do not.”

Data from the Indiana University Lilly Family School of Philanthropy show that a smaller percentage of Americans are donating to charity each year, but overall donations are rising. In fact, over this same 2009-2017 period during which millionaire candidates like Warren and Sanders give so little, total U.S. donations to charity rose by nearly $100 billion, from $314 billion to $410 billion.

The same “millionaires and billionaires” whose greed is allegedly endangering our democracy are giving more to charity and community service. Even as progressive politicians give so little.

There are exceptions, most notably Sen. Cory Booker. The former Mayor of Newark has donated nearly half a million dollars — about 11 percent of his income — to charity over the past decade. Unfortunately, Democratic primary voters aren’t being as generous toward his campaign and Sen. Booker continues to linger around 2 percent in the polls.

From free healthcare for illegal immigrants to paying off everyone’s student loan debt, Elizabeth Warren has lots of plans for taxpayer-funded generosity. American voters may want to ask why her charity doesn’t begin at home.