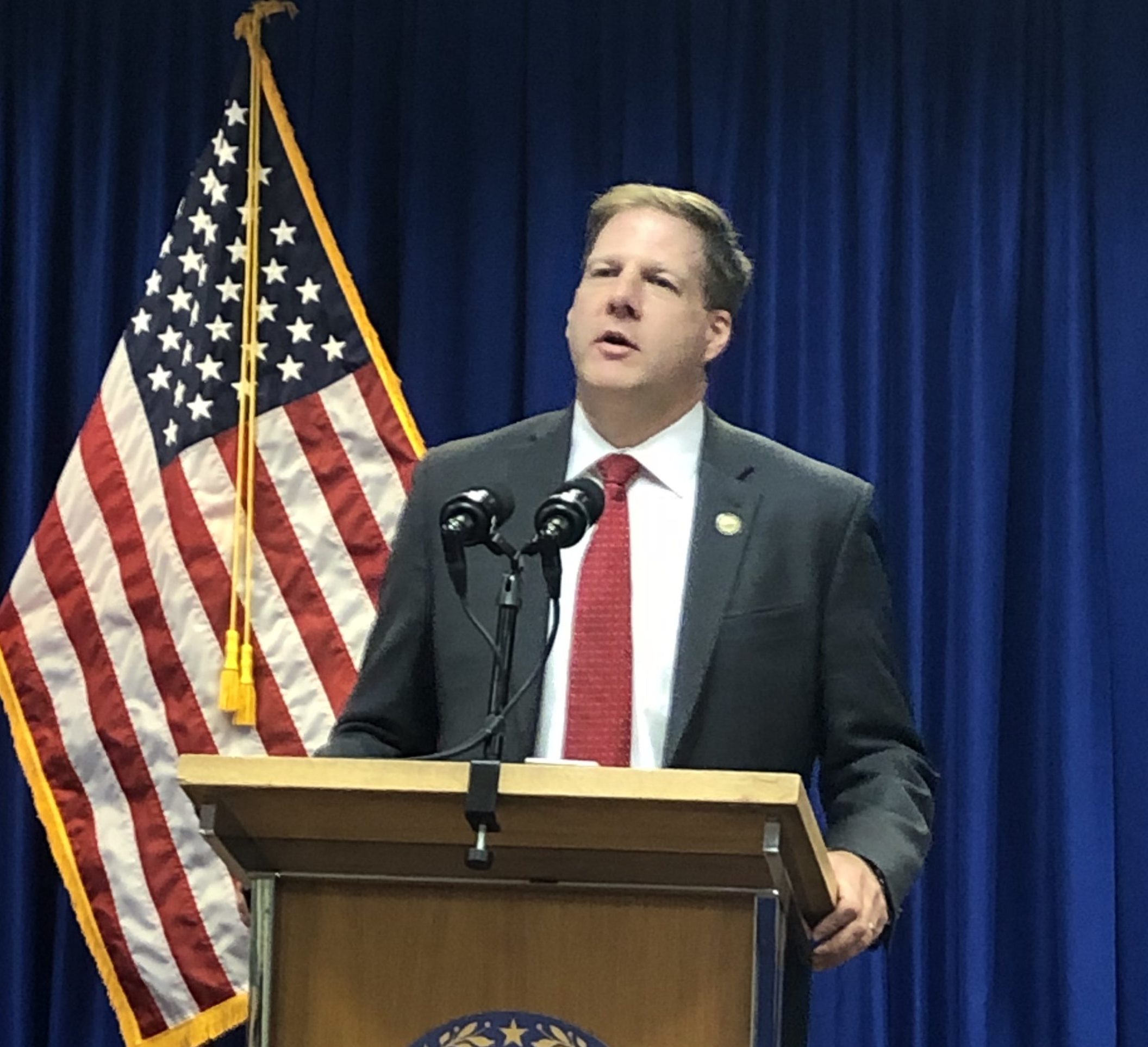 After days of complaints from Black Lives Matter activists over his lack of response — including a #WheresChris? hashtag — Gov. Chris Sununu sent the BLM organizations of Nashua and Manchester a letter Tuesday addressing their recently-released list of demands for policing and criminal justice reform.

His message: “Further discussion is merited.”

Sununu is the last of the 2020 gubernatorial candidates to respond to the group’s demands, released Friday evening just hours before a Black Lives Matter Day of Action in Concord. Both Democrats, state Sen. Dan Feltes and Executive Councilor Andru Volinsky, endorsed the BLM demands in their entirety within a day of their release. Even the obscure Libertarian candidate, Darryl Perry, largely endorsed their proposals.

“We are reviewing the action items you put forward – several of which I support, several of which the newly-established Commission on Law Enforcement Accountability, Community, and Transparency will undertake over the next 45 days, and others which further discussion is merited,” Sununu wrote.

“Promoting social justice and racial equality in New Hampshire has been, and continues to be, a top priority of my administration,” he added, a theme he reiterated during Tuesday’s COVID-19 press briefing.

“The vast majority of things on that list are things we’ve done or are in the process of doing,” Sununu said. “When I took office, we didn’t even have a Civil Rights Unit in the state.  Not Governor Hassan, not Governor Lynch. Those Democrat governors, they didn’t do it — we did.”

The same on decriminalization of marijuana, Sununu said, another issue addressed by Black Lives Matter. “Governors Lynch and Hassan, they absolutely refused to de-criminalize [marijuana]. That’s one of the first things I did.”

Joanna Kelley, a Portsmouth, NH business owner and activist, told NHJournal she read the letter and was less than impressed.

“His answer was more about himself and what he says he’s accomplished than about the goals of the movement,” Kelley said. “It sounded more like placating than a commitment to progress.”

“While we appreciate Governor Sununu’s willingness to acknowledge our demands, we have asked for substantive responses to each of them, and neither his letter nor his statement adequately met that criteria,” BLM Nashua said.

“Black and brown Americans deserve better than lip service and empty gestures of solidarity from our elected officials. We deserve justice. We need action now.”

Sununu stands by his record.

“For decades, prior administrations failed to act,” Sununu said Monday. “I am proud to say we have moved the ball forward these past few years, but there is still more work to do.”

“I’ll put my record up against anybody’s.”