Should Health Experts Be Able to Diagnose Trump With a Personality Disorder From a Distance? 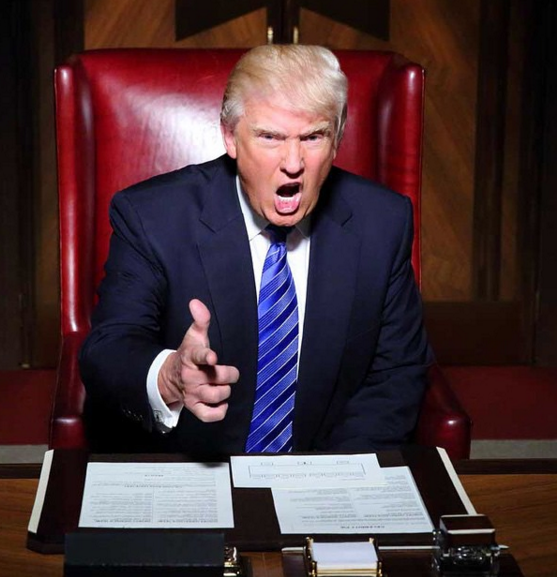 There’s a debate brewing in the mental health community — to diagnose President Donald Trump with a personality disorder or not — and it made an appearance in New Hampshire last month.

Elizabeth Lunbeck, a professor in residence at Harvard University’s Department of the History of Science, who specializes in psychoanalysis, psychiatry and the psychotherapies, presented a psychological case study of  Trump as part of her speech, “Acting Human: The Psychopath and the Rest of Us,” on February 14 at the University of New Hampshire.

“There is value in trying to understand him,” Lunbeck said in her speech. “He’s not a policy guy, he’s all raw, unfiltered emotions.”

“I think it is startling how much of this criteria fits our current president,” she said. “I suspect Trump mobilizes his own narcissism.”

Lunbeck, who also has training as a psychologist, isn’t alone in her thinking. Just take a look at these articles from The Atlantic, Vanity Fair, New York Magazine, or on Twitter, where mental health experts weighed in. Yet, others have went a step further stating he doesn’t have the mental capacity to be president, sparking criticism within the health community on whether they should be making their opinions known without a proper medical diagnosis to determine if Trump has a personality disorder.

Thirty-five U.S. psychiatrists, psychologists, and social workers sent a letter to the editor of The New York Times saying Trump was mentally unfit to be president.

“We believe that the grave emotional instability indicated by Mr. Trump’s speech and actions makes him incapable of serving safely as president,” they wrote.

The group of experts said they were breaking their own ethics rules to speak saying they “fear that too much is at stake to be silent any longer.”

Historically, psychiatrists stick to a self-imposed ethics standard known as the Goldwater rule, which appeared in the APA’s code of ethics in 1973. The rule actually stemmed from a political incident involving presidential candidate Barry Goldwater. In 1964, Fact magazine polled 12,356 psychiatrists on Goldwater’s mental fitness to be president, with 1,189 of the 2,417 who responded saying he was psychologically unfit for the White House. Some of the psychiatrists characterized Goldwater as “grandiose, obsessive, paranoid, or paranoid schizophrenic.” Goldwater later won a $75,000 libel lawsuit against the magazine.

Usually around the time of an election the APA has to remind psychiatrists to not make psychological diagnoses of the presidential candidates.

“The unique atmosphere of this election cycle may lead some to want to psychoanalyze the candidates,” said APA President Maria Oquendo in a letter published in August 2016. “But to do so would not only be unethical, it would be irresponsible. A patient who sees that might lose confidence in their doctor. And would likely feel stigmatized by language painting a candidate with a mental disorder (real or perceived) as ‘unfit’ or ‘unworthy’ to assume the presidency.”

It’s important to note that psychologists do not have the same ethics rule as psychiatrists, as exhibited by a Change.org petition started by psychologist John Gartner, which has nearly 30,000 signatures, and is calling for Trump to be removed from office because he is “mentally ill.”

In response to this debate, Allen Frances, a psychiatrist who helped write the DSM, wrote a separate letter to the Times denouncing the claim that Trump is mentally unfit for the presidency.

“Most amateur diagnosticians have mislabeled President Trump with the diagnosis of narcissistic personality disorder,” he said. “I wrote the criteria that define this disorder, and Mr. Trump doesn’t meet them. He may be a world-class narcissist, but this doesn’t make him mentally ill, because he does not suffer from the distress and impairment required to diagnose mental disorder.”

John Mayer, professor of psychology with a focus on personality at UNH, said it’s time to get rid of the Goldwater rule because mental health professionals can offer diagnoses from a distance. He and his colleague researched the ethics of professional commentary on public figures. He points out that the press, without training, often makes those assessments for themselves.

“I do believe that it’s possible to diagnose from distances, with caveats, and watch them [public figures] over time even if we don’t know them personally,” he told NH Journal. “With public figures, they often intend to project an image of themselves, which can be quite different than who they really might be, so that makes it particularly challenging, though.”

Mayer said he supports free speech and health professionals have the right to discuss diagnoses and personality traits with people.

“Psychologists, psychiatrists, and other mental health professionals are among society’s assigned experts in human behavior and mental health,” he wrote in his journal article on the topic. “Judging others can be viewed as an obligation — involving a duty to educate and a duty to warn, in the case of dangerous figures.”

Frances supports the Goldwater rule and generally believes mental illnesses are over diagnosed, but he said he worries that when signers of the petition and others call Trump mentally ill, it stigmatizes people who actually suffer from those problems. It can also be a way to shut down a political discussion and distract from the more objective criticisms one could make about his time in office.

“Psychiatric name-calling is a misguided way of countering Mr. Trump’s attack on democracy,” Frances wrote. “He can, and should, be appropriately denounced for his ignorance, incompetence, impulsivity and pursuit of dictatorial powers.”

Mayer agreed and said diagnosing Trump, or other public figures, isn’t without its biases. Even if the psychologist or psychiatrist don’t know it, their own political beliefs or ideas can cloud their professional work.

“With political public figures, we have to be careful and remember that there are many reasons we judge people that have little to do with personality and more to do with political loyalties or opinions,” he said. “With President Trump, we may overlook character flaws and if we are opposed, we may be very judgmental of what his personality is actually like.”

Mayer also defended the use of diagnosing Trump and other public figures as a case study for education, like what Lunbeck did with the UNH students in February. He even does a similar exercise in his own lab where students identify public figures and look at their “healthy” personalities.

Lunbeck stood by her depiction of Trump in an interview with NH Journal a couple weeks after her talk. She added, though, that looking at Trump’s rise isn’t going to be solved by just psychoanalyzing him.