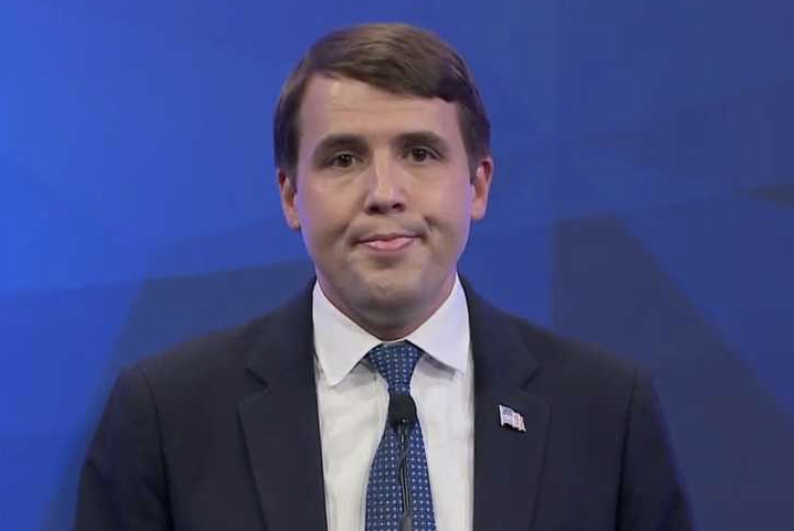 The difference? Pappas signed a pledge not to take it.

The donor is Vincent Roberti of Roberti Global. Politico reports his firm earned more than $9 million in lobbying revenues from Nord Stream 2 since 2017.

Part of the pledge involves not taking more than $200 in donations from any individual associated with the oil and gas industry, including lobbyists.

Representatives for Oil Change U.S. did not respond to a request for comment. However, according to the pledge website, the group should at least be investigating Pappas’ Roberti donation. If Pappas does not return the money he can be removed from the list of politicians who took the pledge.

Pappas is still listed as a signer on the pledge website. His office did not respond to a request for comment. It also declined to say whether Pappas would return the contribution.

Pappas’ fellow liberals, like Rep. Alexandria Ocasio-Cortez (D-N.Y.), Rep. Eric Swalwell (D-Calif.), and Sen. Bernie Sanders (D-Vt.) have used the no-fossil-fuel-money pledge as a campaign talking point and fundraiser. According to the pledge website, politicians are encouraged to raise money off the fact they signed the pledge.

“Many politicians have used the pledge-signing moment as an opportunity to highlight their commitment, by publicly sharing a photo of signing the pledge, releasing a short campaign video explaining their reasoning, or even sending out a fundraising appeal based on the pledge,” the website states.

“Congressman Pappas needs to immediately return this contribution and explain to New Hampshire voters his support for Biden administration policies that have made Americans and the world less safe,” said Gail Huff Brown, one of the Republicans running for a chance to challenge the incumbent Democrat this November. “It’s time for Chris Pappas to go,” Brown said.

It also raises new questions about Pappas’ claims to be a climate advocate. After years of calling climate change is “an existential threat” and voting to raise taxes on oil and gas companies, Pappas now says he supports increased fossil fuel production and an “all of the above” — oil, gas,  and nuclear — energy policy.

Political observers say Pappas’ reversal is a result of the rising cost of gasoline and home heating oil, which are adding to the inflation problem that has emerged as the top issue for American voters.

“Chris Pappas has broken nearly every promise he has made to the people of New Hampshire – whether it’s being an independent bipartisan voice yet voting with AOC 90 percent of the time, promising our law enforcement officers that he would protect qualified immunity but voting to strip it, or pledging to our business owners to never vote for a $15 federal minimum wage but doing it anyway,” Leavitt said.